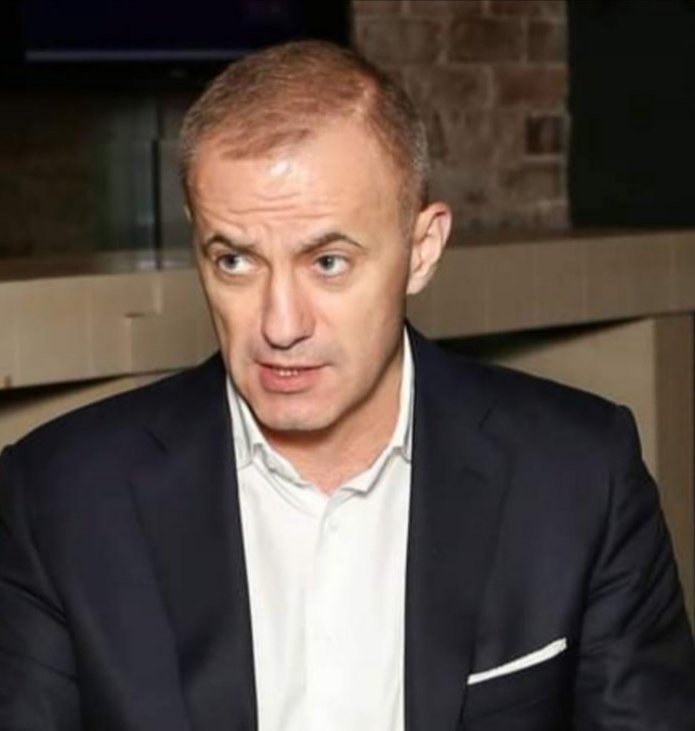 Lawyers for a Russian businessman imprisoned in Nicosia are demanding answers as to why Cypriot authorities persisted in their efforts to extradite him despite a request by the UN Committee against Torture that they halt extradition proceedings aimed at sending him back to Russia, knowing also that Interpol had removed his name from its information-sharing database.

Aleksei Demin’s extradition was scheduled to take place on March 31 this year.

Two days before the deadline, a letter from the United Nations Committee of Torture requesting the authorities refrain “while the case is under consideration by the commitee” was delivered to the Cyprus Representation office in Geneva.

That same day, one of Demin’s lawyers, Strasbourg-based human rights expert Yegor Boychenko, also received a letter from the committee informing him about its decision to review the case and its request that extradition proceedings be put on hold. Fully aware of how close his client was to being sent back to Russia, and believing that Demin’s life would be endangered there, Boychenko, not wanting to leave anything to chance, took the precaution of immediately forwarding the letter to the relevant Cypriot bodies as well.

“I sent the committee’s letter by fax and mail to the Ministry of Justice and Public Order, for attention of the minister Ms Emily Yiolitis, and to the Prisons Department, for attention of the director Ms Anna Aristotelous. I also managed to contact the responsible person in the Ministry of Justice and Public Order, Mr Prokopich, who had informed me that the committee’s letter was under consideration,” Boychenko told the Sunday Mail.

The lawyer notes that also that same day (March 30), his client had a court hearing about his habeas corpus application and had placed the same letter directly into the hands of the judge.

“Having done all of this, I believed no extradition would take place next day,” Boychenko said.

Early next morning, word came from Cyprus that the authorities planned to go ahead and exradite Demin that very day. As Boychenko was told later, “the state authorities of the Republic of Cyprus” claimed not to have “received the committee’s letter through the official channels”.

The lawyer said that he was shocked to receive the news.

“The usual procedure is the committee sends its decision to a country representative office in Geneva and the office transfers it immediately to the official state bodies,” he explained.

“But even if the Cyprus office in Geneva didn’t do it, the authorities were informed by me and by my client and instead of ignoring the information they should have investigated the matter further.”

‘’Therefore, the Republic of Cyprus has an unequivocal obligation to comply with the decisions of the Committee against Torture, including its decision on the interim measure.”

Informed that he had to prepare for his immediate extradition, a panicked and desperate Demin sought to stop it by resorting to self-harm.

“He inflicted injuries to his forearms,” Boychenko said. “At first the prison guards tried to stop the bleeding by themselves, but after an hour, at about 11am, they called for an ambulance.”

Under the circumstances, the extradition procedure had to be cancelled. Demin spent several hours in hospital and then was sent back to prison that day.

It was to be nine more days before the Cypriot government acknowledged the committee’s letter. Then, when Nicosia sent a reply to Geneva, it was to ask that the interim measures, suspending extradition be lifted in order to allow the extradition to proceed. The committee refused. On April 15, the justice ministry finally acceeded to the committee’s request and suspended moves for Demin’s extradition.

Aleksei Demin was arrested by the Cypriot authorities in December 2018 at Larnaca airport when he was trying to to leave for Dubai. His arrest was based on a ‘diffusion alert’ issued by Russia and subsequently registered in the Interpol database.

Demin, a minor shareholder in Ratimir, the largest meat-processing enterprise in the Primorskiy region of Russia as well as a number of retail outlets, says he came into conflict with his partner, who he claims has links to illegal acitivities, and that they fell out as a result.

Facing criminal prosecution for deeds he insists he did not commit, as well as threats to his and to his family’s health and life, he decided to leave the country, leading to his arrest in Cyprus.

An alert mechanism known as a ”diffusion” is less formal and formidable than the red notices mechanism used by Interpol member countries when looking for a specific individual that is wanted. Diffusions are more commonly used and, instead of being automatically circulated by Interpol through its entire network, the notifications are sent directly by a specific country’s National Central Bureau either to selected member countries or, in some instances, to all, depending on the circumstances and the gravity of the inquiry.

In January 2019 Russia submitted documents to Cyprus seeking Demin’s extradition. The request was based on one of four criminal cases that had been opened against him in Russia. While his case was being looked into, the Vladivostok businessman was held in prison in Cyprus for some months before being released on bail.

In January 2020, the Larnaca District Court turned down Russia’s request, acceding to the Demin defence arguments that he was persecuted for a crime in the absence of the corpus delicti and in flagrant violation of his right to a fair trial.

However, Cyprus’ attorney-general appealed the decision, insisting that Demin should be handed over to Russia.

In October 2020, at the request of Demin’s lawyers, the Commission for the Control of the Interpol’s Files (CCF) ruled that the processing of their client’s data in the Interpol Information System had not complied with the rules and ordered them deleted from its database. CCF also directed that all national authorities delete such data from their relevant databases and prohibited the processing of any data relating to Demin using Interpol channels.

“What it means in practice is that actually if Demin came to Cyprus today he would not have been arrested,” Demin’s Cypriot lawyer Nicoletta Charalambidou pointed out.

‘’Of course, the fact that Interpol deleted him from its database doesn’t mean that Russia has to give up wanting him but the action by Interpol is something a country should take into consideration.”

Charalambidou notes that once Interpol deleted Demin’s data from its system, she informed the attorney-general accordingly and asked for withdrawal of the appeal.

“Unfortunately, they wanted to proceed,” she said.

On February 17, 2021 the Supreme Court set aside the decision of the lower court and granted the extradition of Demin to Russia. In reaction to this, on March 18, the businessman lodged his complaint with the UN Committee against Torture, reiterating the torture arguments he had previously cited before the courts of Cyprus.

It was this exact complaint that was to lead to his current dilemma.

The Sunday Mail contacted the justice ministry in the course of preparing this article to ask the questions raised by Demin’s lawyers.

The ministry responded as follows: “With regard to your email please note that for this case the Republic of Cyprus is preparing full and comprehensive submissions covering all aspects of the allegations of the complainant for lodging to the UN Committee against Torture, in proceedings that are of confidential nature.”

The Sunday Mail also asked the ministry how many cases involving extradition to Russia are pending in Cyprus, how many extraditions occurred last year and up to April of this year, and what the minsitry’s official position is with regard to extraditions to Russia given international reports on torture in its prisons and its treatment of Aleksei Navalny. The reply: “The ministry has nothing more to add following our previous comment.”

The Commission on Security and Cooperation in Europe, commonly referred to simply as the Helsinki Commission, says it regularly receives credible reports from political dissidents, human rights defenders, and members of the business community who are the subject of politically motivated Interpol notices and diffusions requested by autocratic regimes.

These mechanisms, which function effectively as extradition requests, can be based on trumped-up criminal charges and are used to detain, harass, or otherwise persecute individuals for their activism or their refusal to acquiesce to or participate in corrupt schemes.

According to the commission, Russia is among the world’s most prolific abusers of these mechanisms, along with Azerbaijan, Kazakhstan, Tajikistan, Turkey and China.

The Cypriot authorities have informed Demin’s lawyers that they intend to keep him in jail until the Committee Against Torture decides his case.

“The process can take up to two-to-three years,” Boychenko commented. “Why do they insist on this? They know that his name was removed from the Interpol database. Yet still they want to extradite him.”

Coronavirus: Over 7,000 vaccinations slots given for persons between 46-49 years old