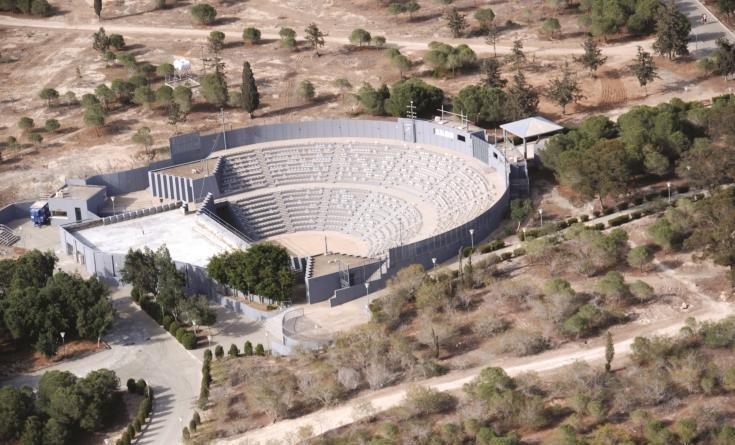 The revamp of the largest urban park in Larnaca, Pattihio, estimated at over €3.5m, is expected to start within this year, Larnaca Mayor Andreas Vyras said Thursday.

The environment department gave the green light for the construction and reconstruction of the park, located near Natura 2000 protected areas of Aliki salt lake, with certain conditions.

“There is no risk of serious environmental impacts at either stage,” Vyras told the Cyprus News Agency.

“It also bears the designations of Special Conservation Area and Special Protection Area in accordance with the relevant European directives,” he said. The park is also classified as forest land.

Following the environmental approval, the planning permit is expected to be issued before the municipality proceeds to the public presentation of the revamp.

According to the mayor, the tender for the construction is expected to be announced sometime in autumn, and works will start this year.

“The project is located on a state-owned land with a total area of 381,609 square meters,” Vyras said.

Estimated to cost over €3.5 million, according to the mayor, the project will be carried out on an area of 195,528 square metres while the facilities to be built will have an area of 14,300 square metres.

It includes the creation of a skatepark, open gym, herb garden, dog park, playground, and picnic areas as well as the configuration and addition of infrastructure of the park such as paths and routes, sports stadiums, while new facilities for visitors and people with disabilities will be created.

Works will also provide for the replacement and addition of equipment for recreation and exercise as well as the creation and operation of recreational facilities.

Parking areas, landscaping of entrances at six points, a food court, restrooms, a, reconfiguration of the entrance to the amphitheatre and an elevated walkway around the Pattihio Amphitheatre were part of the proposal, Vyras said.