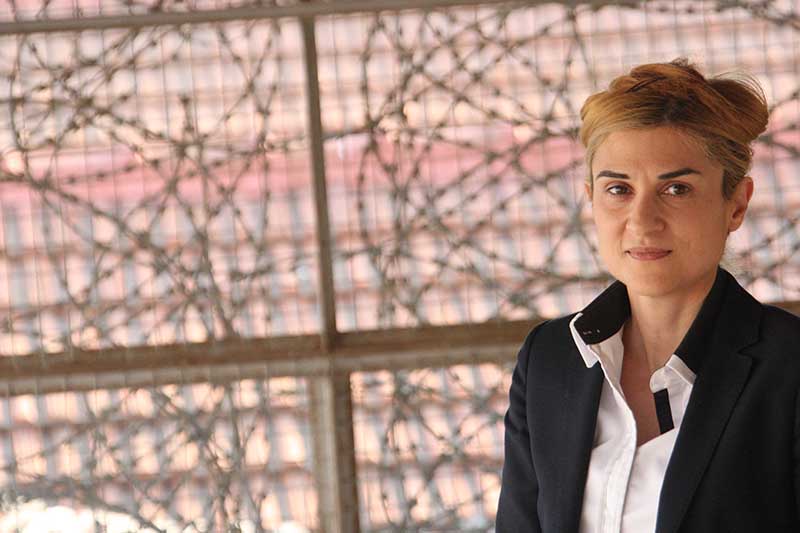 If what has come to light of a sting attempt against prisons director Anna Aristotelous by a senior police officer in collusion with a convict is substantiated, there can be no tolerance for such behaviour, President Nicos Anastasiades said on Sunday.

On Friday, Aristotelous called for the appointment of independent criminal investigators, alleging she was targeted by a senior police officer who she said colluded with an inmate to try and obtain damaging video footage of her.

Speaking on the sidelines of the launch of the Cyprus-Greece ferry in Limassol, Anastasiades, who had declined so far to comment on the allegations, was responding to a reporter’s claim that he had been aware of the situation at the prisons.

“I am tired of dealing with the fake news of some imaginative journalists. I will refrain from making any comment,” he said.

“What I want to say, however, is that, from the moment it came to light and I was informed, this particular case, I gave explicit instructions to the minister of justice and to the chief of police. I cannot of course intervene with the attorney-general… but there can be no tolerance, if and when what has come to light is documented,” he said.

He asked journalists not to question him again on the issue.

Phileleftheros reported on Sunday citing ‘sources’ that both the president and the attorney-general Giorgos Savvides were informed about what happened a month ago.

Contacting Savvides, the paper said he neither confirmed nor denied knowing about it.

“I cannot say anything before I see the content and details of the complaint,” he was quoted as saying.

Asked again, he said: “I do not want to say anything about any complaint that is not accompanied by evidence.”

The prisons director met for more than an hour on Friday afternoon with Justice Minister, Stephi Dracou, whom she briefed on the evidence she said she has.

Aristotelous had first made the revelations to daily Politis and alleged that the officer had sought to obtain footage which would damage her reputation.

“When one officer invades the personal life of another, then surely such acts of corruption should not be hushed up. And neither the gentleman, nor my dignity, nor my morals allows me to let this stand,” Aristotelous added.

The allegations have caused a major stir, with police spokesman Christos Andreou saying that Dracou was currently leading efforts in handling the case.

Aristotelous said she decided not to report the case to the police as the incident concerned a senior officer, adding that the force is unable to investigate itself.

The prison director further stated that she has evidence of the senior officer communicating with the inmate, with local media reporting that the two shared messages on Telegram on an almost daily basis.

Asked how the evidence came into her hands, she said she could not go into much detail. “What I can say, is that we have in our possession heaps of messages that appear to show that the senior officer was persistently asking for videos of my personal life from the convicted felon.”

Good on the European Court of Human Rights