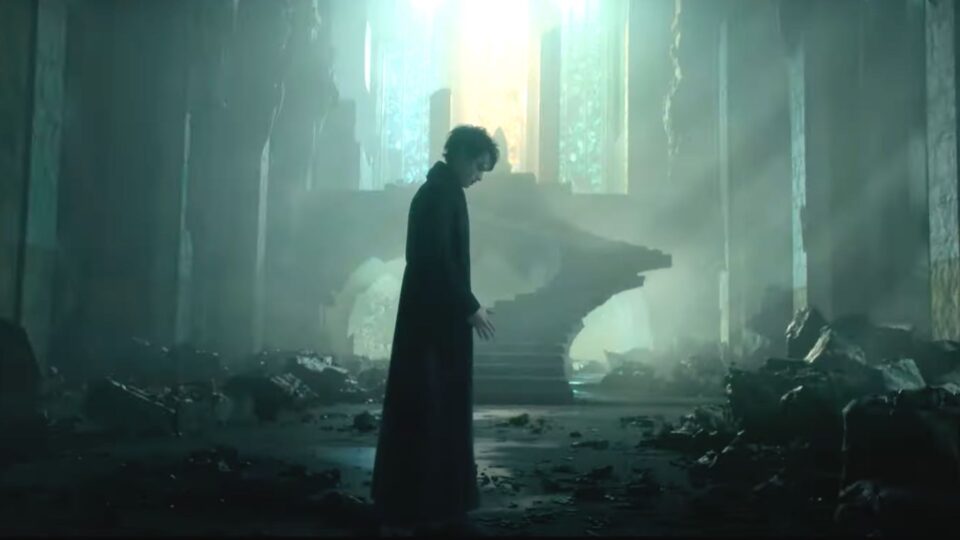 Netflix’s latest foray into live adaptation might be the most ambitious one yet: bringing to the screen the massively successful graphic novel by Neil Gaiman, The Sandman.

Why is that ambitious? Well, for one it has been in development hell for more than 30 years and has been described by Hollywood execs and critics as “unfilmable”, “an impossible task” and a film/series that “will never see the light of day”.

Let me put it this way: I love the books, read them multiple times and if you asked me to tell you what they are about, I couldn’t do it without sounding insane.

The 75-graphic novel saga of The Sandman might be better, and poorly described, thus: most of it tells the story of Morpheus, the Lord of Dreams, the Sandman, (played by Tom Sturridge) who is one of the Endless. The Endless being seven godlike creatures: Death, Desire, Delirium, Destruction, Destiny, Despair, and of course Dream.

The Sandman is highly complex both thematically and visually. There’s no clear theme. Most of the time it is deeply philosophical, with multiple frames devoted to characters who just muse over the great mysteries of life and what it all means. There are no clear settings: from the bizarre, ever-fluid world of dreams to fantasy, medieval fairy mid-worlds, right to the Gates of Hell and the chambers of Lucifer Morningstar, played by Gwendoline Christie.

Confused? I haven’t even got to the part with the parallel universe where huge cats rule the Earth and hunt people for sport!

There are mostly no action scenes, no third act battle where the good guys, square-jawed, muscle-bound good guys fight a huge, CGI, faceless army coming from a blue-sky beam that just opened a portal to another dimension.

There’s not even a bad guy! Most “antagonists” are just misguided or acting as their nature dictates. I mean, you wouldn’t expect a demon who vies for the rule of Hell to come around at Christmas with food, would you?

The author, Neil Gaiman, has been turning down proposals to adapt The Sandman since the graphic novels were released. For years Gaiman said that the “time has not come yet”, citing the lack of proper VFX technology as one of the reasons and studio “creative notes” as another one.

In one script that was brought to him, Morpheus was turned into a vicious caricature spouting cheesy lines worthy of a Disney series, such as “do you think your puny guns will hurt me?”.

When Gaiman proposed to Warner Bros a trilogy based on The Sandman back in the 90s, he was turned down by studio execs and told that successful franchises always have a clear-cut bad guy.

And thus the project lingered in development hell. Until actor Joseph Gordon-Levitt came along with an idea for a film adaptation a few years ago. Everything appeared to be going great but as those projects often do, it just fizzled out. But Gaiman wasn’t done yet. Following the success of Good Omens on Amazon, Gaiman kept the creative team from the Levit project together and pitched it as a series to Netflix.

So what do we expect to see here? Judging by the trailer, the series will kick off much like the book did, with the “Preludes and Nocturnes” collection of stories. Morpheus is accidentally captured by occultist Roderick Burgess, who bears more than a passing resemblance to the infamous Alister Crowley and is played by legendary British actor Charles Dance. When Morpheus finally returns to his realm, he finds everything in shambles and his three most powerful tools gone. His helmet, his ruby, and his pouch of sand, so he sets out to find them.

The story will also deal with the story of a rogue nightmare named Corinthian, a serial killer with sharp teeth for eyes as Morpheus sets out to return rogue nightmares and dreams back to his realm.

The second part of the series, judging by the casting, will draw its material from the wonderful collection “A Game of You”, where a woman goes back into a magical realm she once inhabited only to find it slowly being destroyed.

The Sandman is also packed to the brim with vignettes, from musing on the nature of life with a man granted immortality to inspiring Shakespeare to write his works!

Netflix is desperately looking for a new hit these days and The Sandman might just be it.