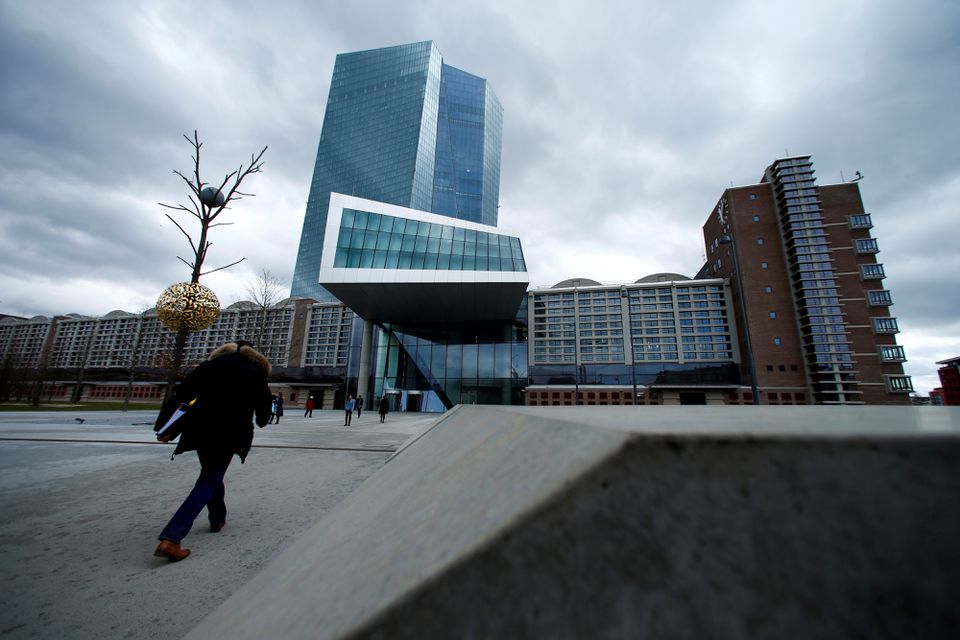 Inflation erodes the purchasing power of money. Unfortunately, authorities have been schooled to believe that that's a good thing, that spending is all that ever matters

Crunch time is approaching in the financial markets, or at least a bout of volatility. Isn’t it always? you might ask, in the same way that the Andromeda Galaxy is on a collision course with our own Milky Way, only not actually due for a very long time?  Sure, granted, it could be soon, or it could be delayed, though perhaps not for millennia, and timing is everything if you’re invested and wondering whether you shouldn’t be quite so much anymore.

Trouble is, with the banks paying next to nothing on cash, the tendency to keep dancing as the music created by government fiscal and monetary largesse plays is even greater today than it normally is, believing that you can make a swift enough exit when panic strikes.  The incentive to leave the market fray has been much diminished by the official policies of the west’s key central banks, so that when the elastic snaps it’s going to be just that bit more dramatic.

Moreover, there is a risk management technique, much (remarkably) relied on still in the financial industry, which says that the longer a data series (eg a stock price) continues in the same direction, the more reliable that trend is, meaning that a sense of safety, tantamount in reality to complacency, may be prevalent in institutionalised thinking. Try walking towards Cape Akamas, fifty steps a day, and see if you don’t (eventually) fall over the cliff. Or imagine that getting older, celebrating one birthday to the next, increasingly means you’re immortal.  That measure of risk, by the way, is called VAR, and is nothing to do with football, although it’s about as helpful to the comparative sport.

Markets, though, must have one very difficult consideration on their minds at this critical time.  Namely, is the key economic concern at present across the western world that inflation is seriously taking off, thanks to supply bottlenecks since the pandemic struck and monumental demand stimulus by the assorted authorities, especially the federal reserve (as the US tends to lead global trends)?  Or is the bubbling threat of Covid-19 still ominous and impingent enough to drag economic growth back into the mire, destroying the earnings prospects that have eventually to support stock valuations, perhaps in league with any other impediments appearing to dampen the outlook?

In Europe it’s an especially live issue, both scenarios very much in the picture, and with the much-vaunted Recovery Fund, politically symbolic rather than an economic turbocharge, yet to roll out and subject to typical wrangling over terms. In the US and UK, meanwhile, growth seems less challenged, but inflation is becoming commensurately less restrained too. China, meanwhile, the other key actor in the piece, presents a mixed picture of economic revival but an officially-recognised debt overhang imposing some kind of drag.

Of further disquiet, however, as foreshadowed by some versed in economic history, is that both deleterious elements may be in play, the worst of both worlds, ie stagflation, as featured in the 1970s. The key central banks may (and very much do) behave as if low growth and high inflation are incompatible, in accordance with their Keynesian modelling, but reality is very different from official theory, as many non-experts have become all too aware across the Covid experience.  The idea that inflation depends on full employment and full capacity utilisation (so there is no ‘output gap’ still to be used) was comprehensively disproven two generations ago, when it was amply demonstrated that supply-side rigidities and excessive policy-induced demand will indeed spur inflation in the presence of a money splurge by government. Notably, in passing, rising oil prices have re-entered the picture now, just as nearly fifty years ago, though to nothing like to the same degree or likely effect.

The European Central Bank has opted this month to make its 2 per cent inflation optimum more a target than a limit. That’s because it wants another reason not to raise interest rates, given the potentially crushing debt load to be serviced across this continent too. As if near-zero nominal interest rates (actually negative in real terms, ie inflation-adjusted), have not done enough damage to economic and financial equilbrium and coherence. Indeed, the school of thought behind the broad policy framework of the Fed, ECB and Bank of England is that actually inflation is welcome, a type of lubricant to the economy, conducive to activity. Starkly, all three are now committed to keeping inflation up not down, and ECB chief Lagarde has said they will be “forceful” about that. Take note: the authorities are determined to devalue your savings by some 2 per cent per annum. If it happens by counterpart to devalue the burden of accumulated government borrowing, then what’s not to like? Lunch is free in this latest recycling of the Keynesianism that is dominating economics, again.  Except that it isn’t, and you probably noticed the catch. Talk about repetition and insanity.

The underlying notion behaviourally is that inflation hurries spending, and one person’s spending is another’s income, which becomes spending, and so on ad infinitum. The crucial assumption is that we make our purchases quicker in anticipation of higher prices ahead, and the economic dynamo proceeds. Somehow, though, it doesn’t seem to occur to those experts that you’re not necessarily going to keep buying a washing machine every other week, or hoard fruit, because they will be more expensive next week or next month. You have some sense of your ongoing finances in mind, and you will want to save to some extent. And when you do, you will hope those savings hold their value. Inflation, naturally, doesn’t do that for cash, so people are driven instead into property, or stocks, or alternative assets, or these days cryptocurrencies and other exotics like non-fungible tokens (NFTs) representing a certificate of ownership of some indecipherable, intangible representation of art of spectacularly dubious intrinsic worth.

Inflation, then, can impede confidence, create uncertainty and risk. By definiton, after all, it erodes the purchasing power of money. Unfortunately, the authorities have been schooled to believe and argue that that’s a good thing, that spending is all that ever matters, and the low interest rates that are presumed always to facilitate it are instrumentally good too. So much so that governments some while back chose to define the measure of inflation in ways that deliberately understate price growth as it is really experienced day to day, to warrant rate cuts.  When inflation does ultimately subside, perhaps partly because the growth anticipated actually has not materialised (!), complicit commentators will pretend that nothing has been lost by consumers, disregarding the ongoing cost of the intervening step-change between incomes staying at the old level versus the new level of prices. That’s another sleight of hand.

The ECB’s brief, however, is trickier still than the perennially flawed idea that low interest rates that are supposed to boost inflation forever feed growth. The sheer scale of the sovereign and corporate debts accumulated by this prolongedly extreme monetary policy means it is now effectively trapped. It cannot significantly raise those rates, for fear of collapsing the economy – which is the giveaway indication as to why the strategy has been wrong all along. There is nowhere to go with such policy, except to hope that the Keynesian assumption is correct that inflation will not actually become persistent, and damagingly so, without growth having reached sufficient pace that policy can be tightened a touch. Their fingers are crossed, and they pray. If they are indeed wrong, there is little doubt that economic and financial chaos is around the corner, with all manner of political discord as well. We will assume that they do care.

The fallout could be severe. The best we can hope is that they didn’t really understand what they were doing, because the solution to be found to the gargantuan problem arising could well be distinctly unpalatable. We may very well discover that the insult of higher taxes will be added to the injuries of ordinary households in an effort to pay for the mess. All prospectively done directly through your new, all-singing, all-dancing friendly digital currency bank account with, guess who, the central bank itself. Coming soon to a jurisdiction near you; how reassuring. It’s some prospect, given the damage done by the Covid shock socially and economically already to everyone’s well-being.

Still, the sun’s shining, and we can’t doubt that.

Andrew Shouler is a freelance journalist and former banking economist