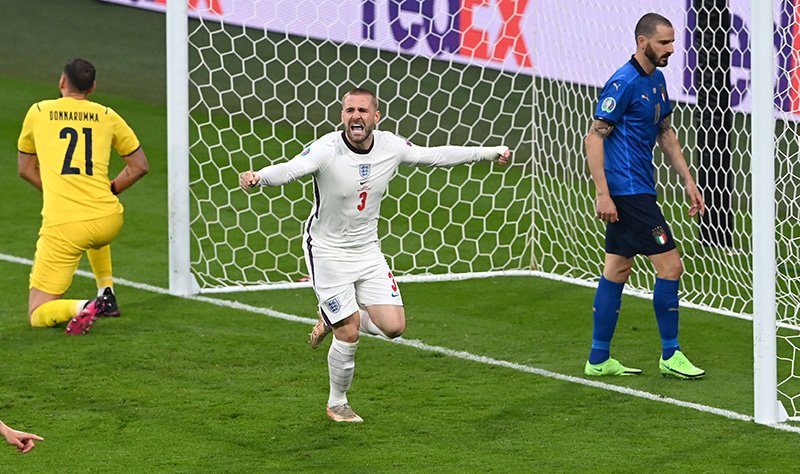 I don’t normally watch football games, and nor does my husband, but when it comes to really big tournaments, we do enjoy keeping tabs on what is going on.

When the children were three months old, it was the summer of the Euro 2016. I was at home feeding round the clock anyway, so enjoyed the thrill of the matches. My husband and I used to get the snacks out and put our feet up when the games were on. I remember the final between Portugal and France and Cristiano Ronaldo’s euphoria when Portugal beat hosts France 1-0 after extra time.

In 2018 the children were two. I could have sworn I watched the World Cup which was held in Russia. I vaguely remember it was a hot summer in London and enjoying bags of Kettle crisps and sandwiches at home. I must have had someone watching the kids for me but I’m drawing a blank. I also can’t seem to recall the final between France and Croatia, which I know I should do, given it was a six-goal thriller resulting in a 4-2 win for France.

Then again, those first three years of parenthood are a bit of a blur and I often get things mixed up.

This year I have to admit we didn’t get a chance to watch much of the Euro 2020. But then as last Sunday neared, I started to get caught up in the media frenzy of the England v Italy match. I’d watched the England team play in 2018 and, despite their inexperience, had been captivated by their passion and heart. I also remember really liking manager Gareth Southgate and his conviction that his team was far from peaking, and that they would not only be back, but that they would be stronger and better in their next international tournament.

So, on Sunday July 11, I decided to go about sorting out a way to stream the game. I had considered the option of finding a kiddie friendly pub to watch it in, but I didn’t think the kids, who are now five, would like that much. After a quick Google search, I figured out a way to watch the game live and my husband and I were super excited. The kids not so much. They wanted to watch Moana and to have me make them popcorn, which I readily agreed to as I didn’t fancy a running commentary between the two of them about how boring football is.

Once I got them settled in front of the TV, my husband and I settled down to watch the game on my laptop. Two minutes in and I was high fiving him with whoops of excitement as Luke Shaw scored against Italy. I couldn’t believe it and I don’t think the England team could either. Italy certainly seemed surprised as they were the more experienced team and unbeaten in their last 33 matches. Our kids, hearing their parents’ shrieks of delight, decided to join us to see what all the commotion was about.

Katerina wanted to know who were the white team and who were the blue team. When I told her that the white team was England, she decided the blue team must be Cyprus. I explained it wasn’t Cyprus but Italy who was playing against England and that I was supporting England. I then asked her who she was supporting, and she decided to put her money on Italy. Two minutes later she spotted Italy’s goalkeeper, Gianluigi Donnarumma, dressed in yellow.

“Who’s the golden one?” she wanted to know.

“That’s the goalie,” I answered absentmindedly.

“Yay goalie,” she cried, waving her hands in the air. “I’m with the goalie.”

Little did I know then that Donnarumma would go on to save two England penalties. When I tried to explain that the goalie wasn’t a separate team but was part of the Italian team, she lost interest.

Leonida also had little interest in the game and, after pointing at the screen and asking why Federico Chiesa was being lauded a danger to the England team, decided to go and retrieve his Spider-Man Lego and proceeded to empty the contents of the packaging all over the bed. The two of them promised to go upstairs and leave us in peace to enjoy the game while they finished their cartoon as long as their father helped make the toy. He agreed and, keeping one eye on the game, expertly assembled the Lego as quickly as possible so that he could enjoy the second half of the match without interruption from little people.

Once both of them were settled back upstairs, popcorn strewn across the floor much to my chagrin, Sheeraz and I sat down to finish the game in peace. It wasn’t the outcome we’d wanted, but such is the world of sport. Life will go on until the next tournament. I would have liked to watch the post-match analysis, but the kids’ cartoon was finished at that point so that was not on their agenda. It was also super late and well past their bedtime. Thankfully, they went out like lights, and slept in on Monday.