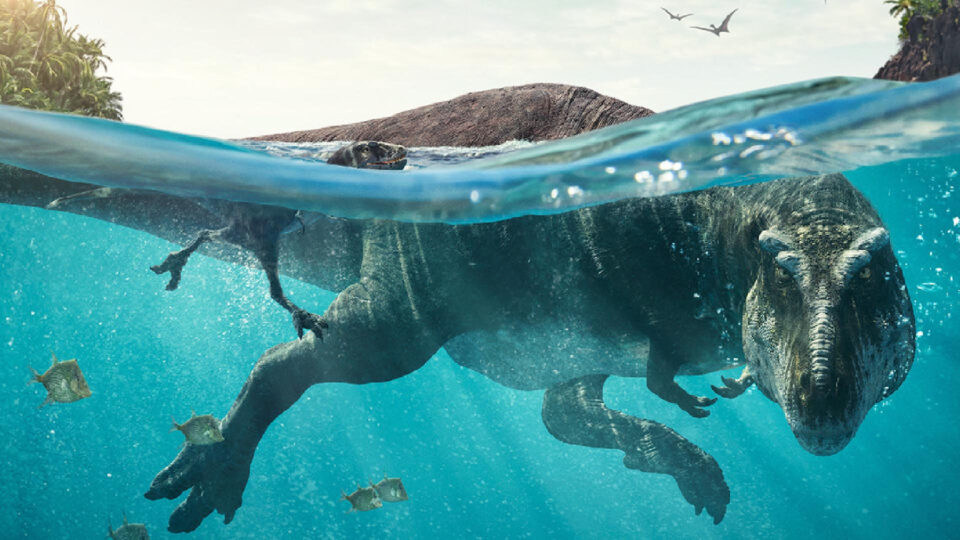 This week in streaming has seen platforms release cornerstone shows to solidify subscription. CONSTANTINOS PSILLIDES looks at what is available

Last week was a big one for our favourite streaming platforms, as this is the season of the heavy hitters, the premium shows that studios hope will bring in subscribers and revenue. While Disney+ dropped the long-awaited Obi-Wan, the newest addition to the ever-expanding Star Wars library, and HBO Max is gearing for the new Fantastic Beasts and Westworld, we can’t, unfortunately, talk about them. Well we could but as these platforms are not available in Cyprus we will be talking about Netflix, Prime Video and Apple TV. Disney+ and HBO Max are both expected to expand to Greece in June but no plans yet exist for Cyprus.

David Attenborough isn’t just a national treasure for England; he is an international treasure for the whole world! His soothing, raspy voice has been narrating nature documentaries for decades. He, along with the BBC filming crew, has been everywhere; from the jungles of Africa to the open savannas. Having seen everything, the 96-year old had only one place left to go really. Back in time.

A collaboration between the BBC and Apple, Prehistoric Planet examines the life of dinosaurs, treating them not as movie monsters but as animals that once peacefully co-existed in nature. Even if you are not into nature documentaries, Prehistoric Planet is worth it just for the cutting-edge CGI used to bring these extinct animals back to life. Actor turned director turned CGI and VFX pioneer Jon Favreau takes all the amazing technology he used on shows like The Mandalorian to bring a fully photo-realistic dinosaur to screen, to the absolute delight of viewers.

The genre-defining show is back, with blood, gore and shock to spare! The Boys, a comic from celebrated creator Garth Ennis, takes on the superhero genre and instead of presenting superheroes as saviours and paragons of virtue, imagines them as murderous psychopaths, drunk on power and fame. Season 3 introduces the character of Soldier Boy, the answer to the question ‘what if Captain America was a colossal douchebag with total disregard for human life?’. Like Captain America, Soldier Boy was active in the Second World War but was put to sleep, only to be reawakened in the modern day. With the show’s main villain, Homelander, edging ever closer to a complete mental breakdown, season 3 picks right where season 2 left off and delivers on the viewer’s expectation.

Netflix’s nostalgia-milking mega-hit Stranger Things is back for a fourth season and to everyone’s surprise, the best one yet. When Stanger Things landed in 2016 it was a massive hit and even spawned a whole ‘80s nostalgia movies/series’ genre. The second season, as is the case with most sleeper hits, was good but not as good as the first and sadly the third was even worse. The creators appeared to have lost the thread, stretching plotlines to a ridiculous extent and betting on people going “oh, I remember that thing from the 80s when I was a kid!” to keep viewers watching.

With that in mind, fans coming into the 4th season had very low expectations. In shows such as this, the best thing one can hope for is a decent ending that brings some sort of closure.

Boy, were we wrong.

The show’s creators, the Duffer Bros, held on to their best for last and delivered the first half of a season that is engaging, scary and enjoyable! Sure, the show can be cheesy and feel-good but this is exactly why people loved it in the first place. Stranger Things season 4, vol.1 delivers on all fronts, rekindles interest in older characters, introduces new ones and brings a villain that is scary and tragic in equal measure. Vecna, the monster of season 4 is an other-worldly entity, scary, vicious and frightening, much like the Demogorgon in season 1. Having found its footing, Stranger Things is all set to go out with a bang!