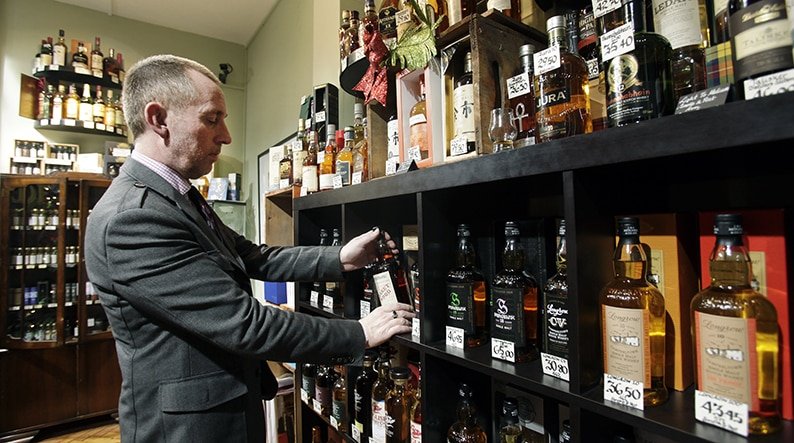 I was shocked at how Margaret Thatcher was removed from power in 1990 by self-seeking EU sycophant colleagues like Geoffrey Howe and, in particular, that power-seeking disaster called Michael Heseltine. I was appalled that the country should vote the self-worshipping Tony Blair into office on no less than three occasions, and I was similarly dismayed when the Conservatives elected the shallow and fickle David Cameron as their leader in 2005.

It was all accepted, however, because that’s the way in which what we call democracy works.

Why, therefore, cannot so many individuals accept that on June 23, 2016, 51.9 per cent of voters in a perfectly democratic and well-publicised referendum voted for the UK to leave the EU, and 48.1 per cent voted to remain, thus giving a clear majority to the leavers? Was the referendum any less democratic than the examples of politics quoted above? The electoral turnout was 72.2 per cent, a higher percentage than in the general elections that put either Blair or Cameron into power.

The majority of the UK wish to leave the EU. The departure should happen without more hindrance from the whingeing Remoaners. However wishful that thinking might be, the airwaves and printed press are loaded daily with this or that ignoramus either calling for another referendum or for the result to be overturned or, more recently but with increasing hysteria, insisting that we should remain within the very questionable single market. (There are some who must not be forgotten who say they do not want to leave Europe. I don’t either, but the referendum was to leave the EU, not to leave Europe).

The single market was launched by the EU on January 1, 1993 with the usual fanfare (led by both Ted Heath and John Major in the UK) and at the end of five years and multi-millions of pounds spent on brainwashing people into believing that all trade barriers had been demolished and 360 million people could freely trade with each other, etc. However, businesses had already realised that this move meant an overwhelming amount of new regulation – no less than 1,368 new EC directives to ‘harmonise’ almost every aspect of economic activity. British industry became engulfed in red tape. There were 12 members of the EU then.

What worsened it for the UK were the additional draconian measures the UK imposed upon itself. This is called ‘gold plating’. An example is that toys manufactured after 1990 had to be tested to qualify for the CE mark. Petty little UK officials (they are now around every corner) extended the regulations to second-hand toys and immediately deprived the likes of Oxfam from donations worth many millions of pounds annually.

Regardless, the regulations introduced by the single market were the typical EU ‘one size fits all’. A UK company manufacturing greenhouse heaters had to send their heaters to a Dutch ‘testing house’ to get the CE mark. That cost the company £20,000. Fair enough? But, as the then EU members used 37 different types of liquid gas, the company was supposed to have their heaters checked for all 37 types of gas! They stopped manufacturing for the EU and turned to Asia, the USA and Africa. Within a few years they were the only one left of the original six UK manufacturers.

There are two staggering assumptions about the single market hammered into our psyches over the years by a succession of ignorant politicians, appalling media and power grabbing heavyweight companies: a) the single market is an economic success, and b) if the UK leaves it the economy will suffer untold disasters (i.e. the same sort of gibberish spewed out before the referendum in 2016).

An incredible fact is that no UK government or political party of any stripe has attempted to research the single market’s impact over the past 24 years, or what the position of the UK might be if trading with the EU under World Trade Organisation (WTO) rules.

In October last year the heads of the likes of the CBI sent an open letter to the prime minister stating that ‘Every credible study that has been conducted has shown that the WTO option would do serious and lasting damage to the UK economy……’. However, the letter omitted to mention what such studies were, and I don’t seem to be able to find any, other than the unconvincing effort hurriedly cobbled together by the Treasury before the referendum. The same Treasury who conveniently forgot that their duty is to advise the British people and not bow to the wishes of temporary, incompetent and ignorant politicians.

So, let’s have a look at some indisputable facts available for anyone caring to dig around a bit.

These stark statistics demand questions to be answered about how the EU conducts its economy.

Space precludes further examples (and there are many), but you get the drift. I have failed to find any sensible detailed analysis of the benefits of single market membership, and given the extortionate annual sums we are paying for membership, the decision to withdraw from it is extremely sensible.

Having knocked the single market (easy and satisfying), there is one area where the effects of leaving cannot be gauged at present and that is financial services (excluding insurance which is largely conducted through subsidiaries based in various countries).

Ignoring the question as to whether, in fact, there is a single market for financial services, there are those such as the insipid Francois Hollande who consider that the City of London should not be entitled to clear euro-denominated instruments once we leave the single market. For him ‘It can serve as a lesson for those who seek the end of Europe’. He and his ilk ignore the fact that the vast majority of euro-denominated derivatives are cleared in London because investors want it that way. This ‘privilege’ does not arise from something granted to London because of EU membership.

Time will tell how petulant the infantile brains in Brussels will become. At present Messrs Junckers, Barnier and Verhofstadt are being predictably churlish and childish.

Single Market? Thanks, but I just prefer a Single Malt.

Amid a state of disunion we should try again

Vitriolic attack on Ataturk was inaccurate and misleading