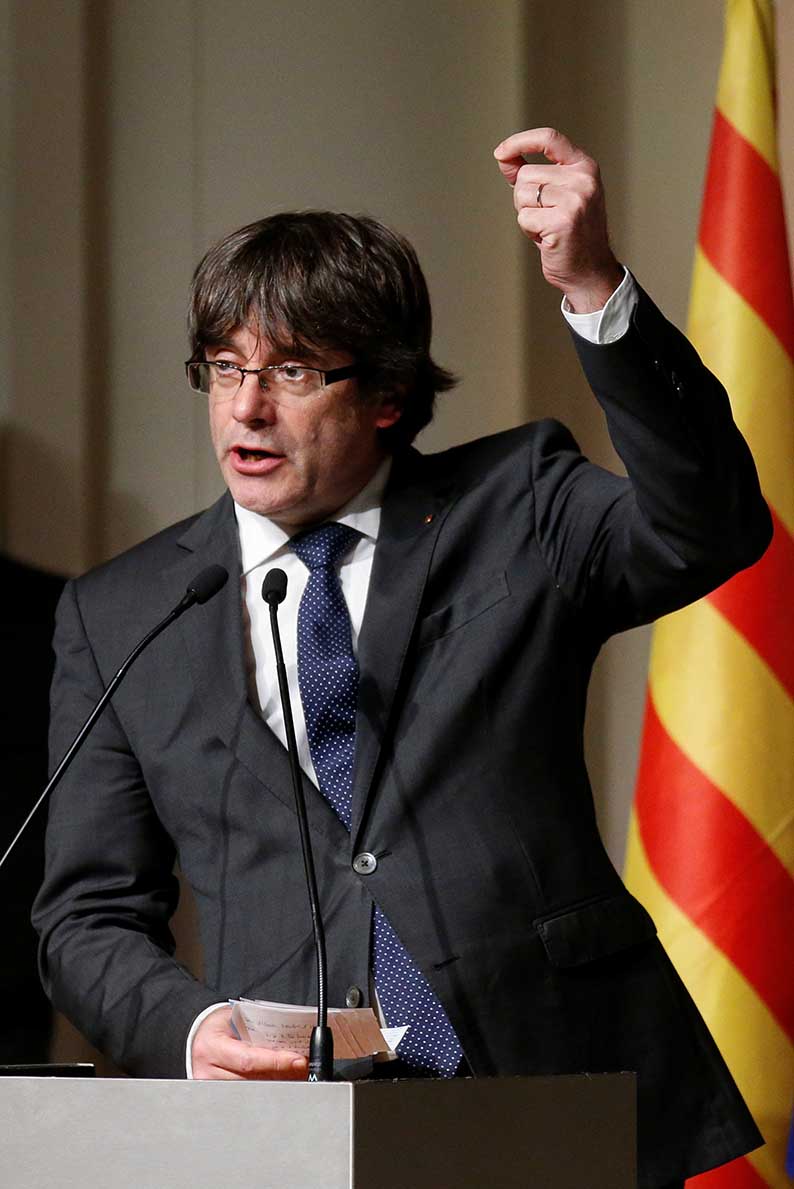 The Catalan leader’s challenge to the legality of the European arrest warrant issued against him by Spain alleging sedition, rebellion and embezzlement is a fascinating cause celebre. He must have done a bit of forum shopping and chose the Belgian courts advisedly as the most favourable forum to resist his extradition within the European Union.

It would be very odd if the Catalan leader were not protected by the well-known principle of customary international law – now enshrined in the 1951 Refugee Convention – that prohibits the return of anyone to the borders of another state where he fears persecution for his political views – the principle of non-refoulement.

Nevertheless, resisting extradition by EU citizens to another EU country on political grounds is not straightforward. The European arrest warrant framework replaced the 1957 European Extradition Convention from one EU member state to another without reproducing the protection from extraditions that are politically motivated.

In requests for extradition by third countries, there is double protection in political cases under the combined effect of the 1957 Extradition Convention and EU law. Under EU directives on common standards and common procedures for third country nationals, a person cannot be extradited to a third country if he claims the request is politically motivated, without first having his claim as a political refugee examined. The procedure necessarily involves examining the nature and quality of the evidence to make sure the request is not on trumped-up charges, whatever the provisions of individual treaties with the third countries say.

The idea behind the European arrest warrant mechanism is the reverse to the one that applies between EU member states and third countries, although in requests alleged to be political the difference is more apparent than real. The arrest warrant mechanism was inspired by the aim of achieving an ever-closer union through the mutual recognition of judicial decisions on the basis of a high level of confidence between the legal systems of member states. The result has been cooperation in the prompt return of criminals fleeing justice from one member state to another. This is based on the assumption that the administration of criminal justice is comparable as between one member state and another. Despite this tenuous assumption, it has worked rather well – so well Britain wishes to retain it after Brexit – and criminals are extradited with relative ease between member states.

The scheme under the European arrest warrant mechanism is that of surrender procedures common to all EU member states. The law identifies a list of offences and streamlines procedures for the surrender of fugitive offenders between member states for listed offences without the complexity or delay of normal extradition procedures.

The list can be supplemented by the European Parliament on a proposal from the European Commission. There is also a duty to surrender in cases not included in the list provided it is for offences that are offences in both the requesting and requested state. Sedition and rebellion are so obviously political, however, they are not included in the list of offences presumed to be extraditable.

The first question for the Belgian court is going to be whether sedition and rebellion are offences in Belgium. In Spanish law sedition is defined as unlawfully rising up publicly and in a turbulent way to prevent the law from being applied and rebellion as rising up violently and publicly to change the constitution or to declare independence for Spanish territory.

Alas I have not been able to find such comparable offences in the Belgian penal code so the court is unlikely to order extradition for those offences. Under the rules of specialty if the Catalan leader is returned by Belgium pursuant to the European warrant for the offence of embezzlement only, Spain will not be able to try him for sedition or rebellion if he does not remain in Spain after trial.

The offence of embezzlement of funds as a form of asset misappropriation fraud is a listed offence.

I suspect the case against the Catalan leader is that he abused funds when he organised an unlawful referendum so the question for the Belgian investigating judge is likely to be whether his prosecution and likely punishment by the Spanish authorities for embezzlement in such a highly political context would fall foul of his right to political asylum under the European Charter of Fundamental Rights and Freedoms that applies in all cases where states are implementing EU law.

But more pertinently, in the preamble to the European arrest warrant framework law there is a provision that should enable a member state to refuse ‘to surrender a person for whom a European arrest warrant has been issued when there are reasons to believe on the basis of objective elements that the arrest warrant has been issued for the purpose of prosecuting or punishing a person for his or her sex, race, religion, ethnic origin, nationality, language, political opinions or sexual orientation or that that person’s position may be prejudiced for any of those reasons.’

The question for the Belgian court is therefore going to be whether there is reason to believe on objective criteria that the arrest warrant was issued to prosecute and punish him because of his political opinions regarding Catalan independence and even that he would not receive a fair trial and be punished disproportionately because of those opinions.

In third country cases a claim that a request for extradition is politically motivated amounts to a claim for international protection as a refugee. As such it has to be investigated by a central authority with experience and expertise in such matters in accordance with very detailed procedures that include the duty to consider the nature and quality of the evidence and the extent to which the criminal law is being abused by the requesting state.

It is only after such a procedure has been gone through that the extradition request under the usual extradition arrangements can proceed in the normal way.

In accordance with the principle of equality the same level of protection from political prosecution applies in every case in every member state for every citizen from wherever the request for extradition is made – including from one EU member state to another.

In a piece I did on Catalonia a few weeks back I said UDI was not a very clever thing to do and that the leadership of Catalonia had not thought it all through properly. Now ten members of the leadership are detained in Spain, four are fighting extradition in Belgium and Catalonia is under direct rule. UDI was indeed not very clever. It very rarely is.

The loneliness of the long-distance cat catcher

Our View: It is time partition entered public debate