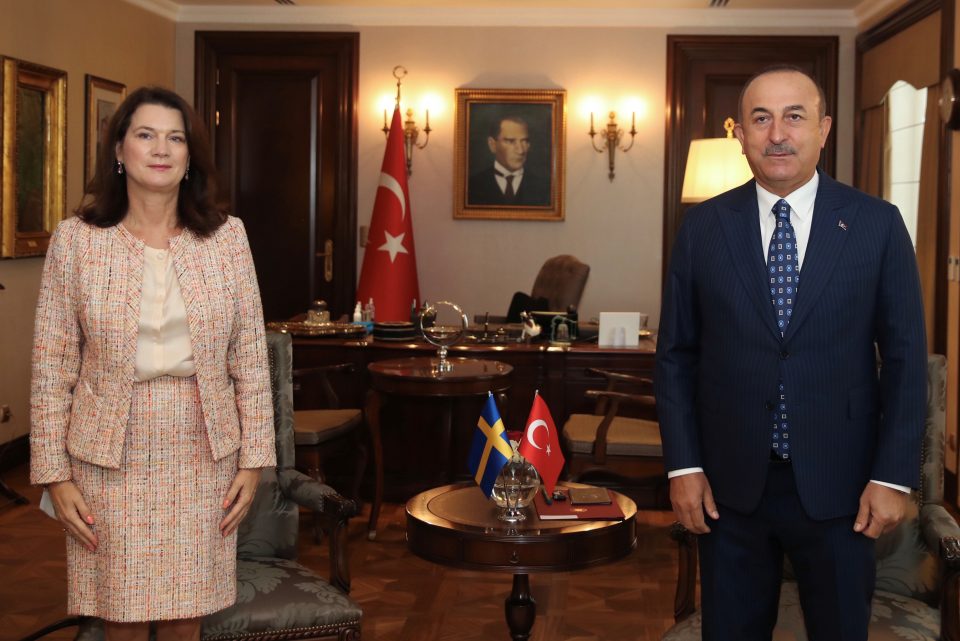 Turkish Foreign Minister Mevlut Cavusoglu on Tuesday took a swipe at his Swedish counterpart Anna Linde during a joint press conference in Ankara, castigating her for her for what he saw as thinly veiled criticism of Turkey over Cyprus, Greece and Syria.

Standing alongside each other in front of media, Cavusoglu censured Sweden for urging a withdrawal of Turkish troops from Syria, and accused Stockholm of supporting Kurdish militants. He also took exception to urgings for dialogue in Greece and Cyprus.

According to reports, Cavusoglu said: “Why do not you also refer to the rights of Turkish Cypriots?” He also said, according to CNA, that if Sweden was so sensitive to human rights, they should also criticise Greece for its attitude towards migrants at the Greek-Turkish border and the Aegean. “If you are so sensitive on human rights, why don’t you for once criticise Greece?”

Turning to Linde, he added: “You talk about the sovereign rights of Cyprus. Well, why not mention the rights of Turkish Cypriots? Don’t they have a right to the sources of the hydrocarbons? Why not emphasise the equal sharing of hydrocarbon resources? Can you do that? You cannot. Why? And you stressed it… ‘because of solidarity within the EU’.

“Solidarity is beneficial when it is done for the right reasons but it also makes the EU blind people,” he added.

“From whom did you take the responsibility to tell Turkey ‘leave Syria’? We do not want to divide Syria, but you support the PKK, which wants to divide Syria. Are you saying ‘leave Idlib too’? Let us separate the terrorists from our Kurdish brothers,” Cavusoglu said.

Linde responded saying: “I am your guest. I would not take a debate here. I will just hope that everybody in Turkey will have the possibility to express their views as frank as you are doing, minister,” she said, having a swipe of her own at Turkey’s human rights and free speech record.