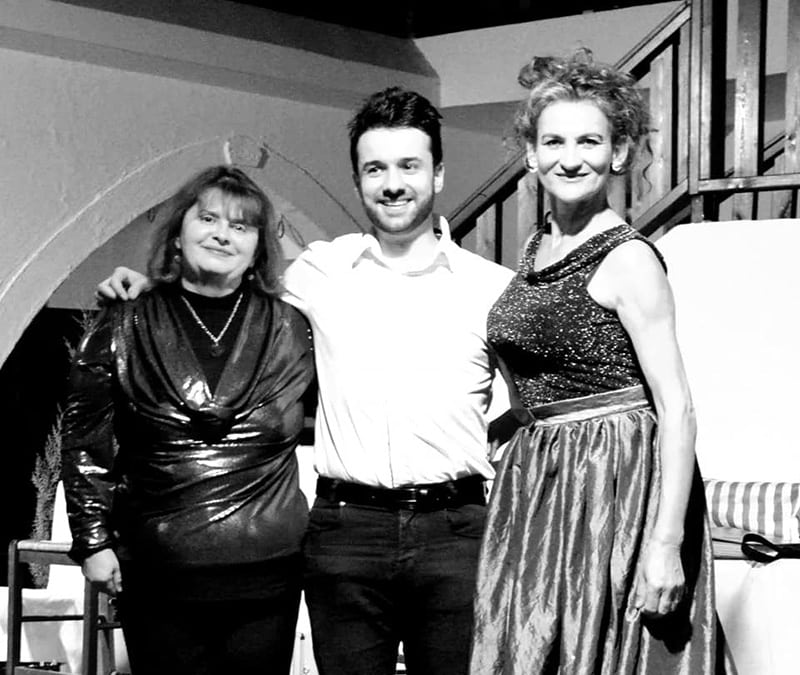 The Blue Diamond Geroskipou beach in Paphos will offer the chance to enjoy the moonlight, the majestic feel of last nights by the sea, while providing a truly international musical affair next Saturday.

Under Music in the Moonlight, soprano Anoki Von Arx, singer Gore Melian and pianist Zara Barkhoudarian will present a very diverse programme. Together, the three artists will set the tone for the night with pop and opera songs in English, German, Russian, Armenian, Italian, French and Czech.

Arx brings a fun element to the Opera. She gives the audience an explanation about the songs on the programme to get closer to the people she is singing to and also to bring more people close to opera.

After an international dancing career, Arx devoted herself to opera singing. Her voice covers the entire spectrum from high and dramatic soprano to mezzo. In 2010, she started to combine opera singing with break dance and hip hop. It may sound like a clash of artistic forms that should not blend together, but Arx creates a productive contrast that leaves you wondering why it was not done before.

Melian, from Armenia, grew up in a musical family and was greatly inspired by his mother Zara Barkhoudarian. Since the age of three he sung and performed on local and international stages. He studied Rock and Pop Grade eight at Trinity College London and has been composing music and lyrics since he was 15 years old.

He sings in English, Greek and Armenian. His music covers a broad spectrum from R ‘n’ B, soul, pop and the classics. He also deals with music production.

Among his many achievements is his digital single Suddenly which he wrote, produced and performed. The song made it through to the semi-finals in the Love Songs category of a UK song writing contest in 2011. It has been played consistently on Cypriot radio stations such as KissFM, Deejay radio and Ant1. In 2016 he wrote, produced and performed his digital single Fear vs Love which has received lots of media attention and has also been broadcast on local radio stations. He also came first in a competition to represent us at the Eurovision Song Contest with his song I Wanna Thank You. Although he didn’t represent us at the Eurovision, he did do so at the Malta International Hit Song Festival with the song. His first album was released in 2009 and he has recently had the honour of being successfully involved in the Berlin Eurovision Song Contest in Berlin.

Soprano and concert pianist, Barkhoudarian started piano lessons at the age of six at the Armenian Music School Tchaikovsky. She continued her studies at the Conservator of Yerevan. At 18 she became the soloist of the Armenian State Tele Radio Choir, with which she toured all over Europe and won numerous prizes and awards. She moved to Cyprus in 1995 and regularly performs all over the island. She also performs abroad and organises a number of charity-concerts every year. Barkoudarian also teaches piano, vocal and music theory at the European Conservatory of Music of Litsa Koutalari-Iaonnou.

Meghan McCain pays tribute to father with broadside against Trump

The heat is still on