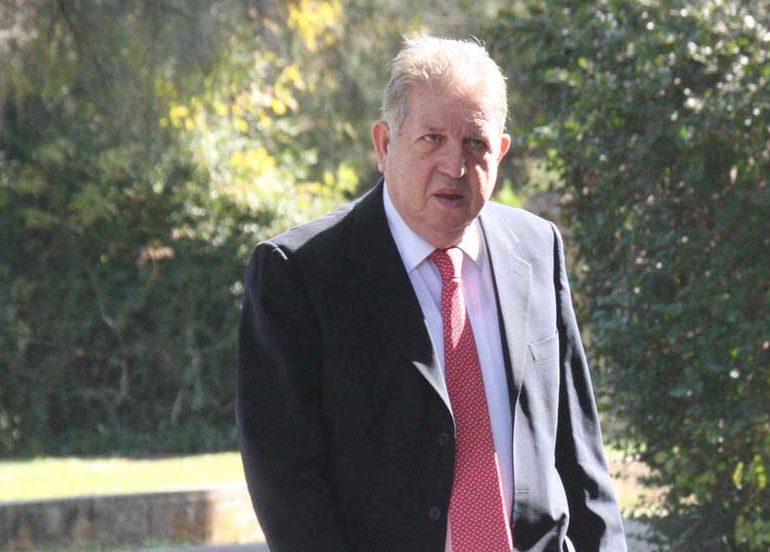 The main union representing civil servants vowed on Monday to “fight on” to overturn a decision last Friday by the supreme court denying them retroactive reimbursement for salary and pension cuts imposed amid an austerity drive in the wake of the 2012-2013 financial crisis.

Following three days of silence Pasydy, the blanket civil servants’ syndicate, released a statement saying it would “continue the struggle to achieve justice…at the European Court of Human Rights and, to this end, we are already in contact with our legal advisors.”

It went on to add that “Pasydy emphatically declares that with all its might it shall oppose any attempt to single out and victimise civil servants, as well as act decisively to shield, with all means at its disposal, the interests and rights of its members.”

And in a stinging statement of his own, Pasydy head Glafcos Hadjipetrou called the same court decision bizarre and inconsistent with case law in Cyprus.

The union boss further hinted that Friday’s judgement – by majority decision – is tainted, in that it suggests a quid pro quo rather than unbiased adherence to the principles of justice.

He said it was surprising that the supreme court deviated from adherence to case law, when it invoked the findings in the Charalambous vs the Republic judgement (2014) rather than a subsequent ruling, Koutselini-Ioannidou vs the Republic that had vindicated a group of civil servants seeking their full pensions.

Jurisprudence dictates that it is the latest case that is binding. Yet in Friday’s ruling the judges went the opposite way – posing serious questions about the reasoning of the court.

Even more curious, said Hadjipetrou, is the fact that president of the supreme court Myron Nikolatos, who sat on the full bench for the current case, had been among the judges who had delivered the ruling in the Koutselini-Ioannidou case.

Yet now Nikolatos was not invoking the Koutselini-Ioannidou judgement, which he himself had supported, but rather a judgement in a prior case.

Hadjipetrou then cited the furore over the acquittal of the defendants in the high-profile trial involving former senior executives of Bank of Cyprus, in relation to the 2013 banking crisis. At the time, reports came out suggesting that Nikolatos had a potential conflict of interest, with some papers calling for his resignation and even indictment.

“Oddly, Mr Nikolatos neither resigned, nor was he prosecuted. So is it far-fetched to speculate that he has now ‘paid off his dues’ for the favour done to him back then?”

Chiming in, the independent union of civil servants (Asdik), a smaller trade union, said it had taken eight years for a final ruling in the current case.

This is arguably a miscarriage of justice, the union said.

By contrast, the legal appeals filed by judges concerning cuts to their remuneration, were adjudged in just one-and-a-half years, while the appeals by recipients of multiple pensions – including some judges – were likewise adjudged fairly quickly.

There appeared to be a double standard at play, Asdik said.

Commenting on Friday’s ruling, the union said it creates a dangerous precedent where the government of the day can slash employees’ entitlements by invoking the public interest as it interprets it.

The union said the present judgement “perhaps served as an opportunity to bring about a reconciliation between the attorney-general and the president of the supreme court who had been at loggerheads over other cases.

“These two officials are now receiving their salaries and pensions in full. Which sadly leads us to conclude, that behind the scenes a deal was cooked so that the weak would lose and the strong would win.”

Friday’s decision was welcomed by the government with a sigh of relief: a win for the civil servants would have cost the state close to a billion euros in back-pay over four years amid the coronavirus pandemic when all available funds are being diverted to health, social welfare, and support of the flailing economy.