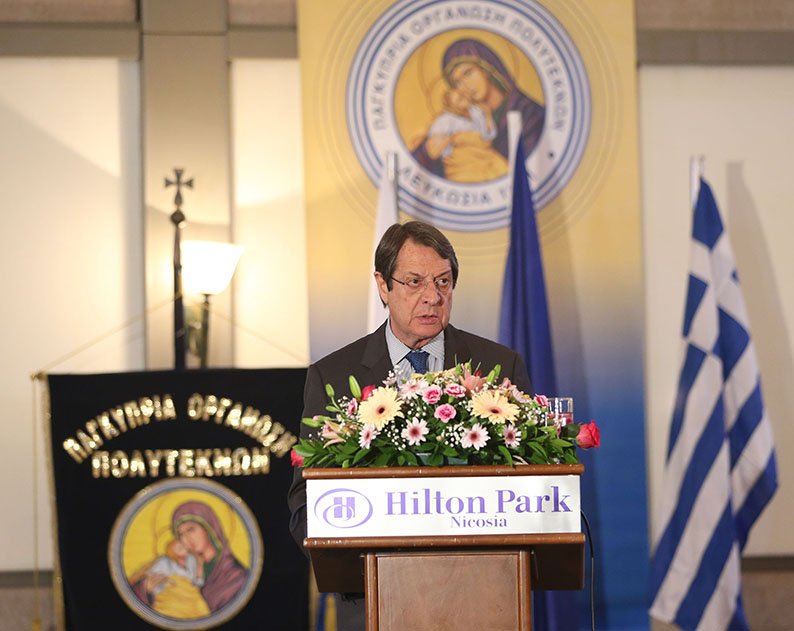 In recent months, President Nicos Anastasiades who faces re-election in February and misses no opportunity to make new promises, pledged on Sunday to reinstate benefits the parliament scrapped as part of a 2012 attempt to consolidate public finances.

“His government has given up efforts to contain spending,” said Symeon Matsis, a prominent Cypriot economist. “Public finances are no longer a priority. They give pay rises, new benefits and gradually will give everything to everyone”.

Public finances are gradually getting out of control, Matsis who worked in the past as head of the Planning Bureau, a body tasked with carrying out long-term planning in the economy until Cyprus’s European Union accession and as permanent secretary of the transport ministry, said.

On Sunday, Anastasiades pledged to reinstate the “mother’s benefit,” an allowance to mothers of four or more, initially introduced more than ten years ago. Labour Minister Zeta Emilianidou said on Monday that the annual fiscal impact of the scheme that will benefit 15,000 families will be €6m. Eligible recipients will receive an annual “honorary” allowance provided they earn less than €49,000 a year. In November, the cabinet decided to re-introduce the scheme if budget conditions allowed.

“We hope to be able to pay out the allowance by the end of the year,” Emilianidou said in an interview on Monday to state-broadcaster CyBC and added that the government will relax income criteria for the child benefit.

In March, the government announced its decision to upgrade the pay scales of nurses with a university degree at public hospitals indicating its willingness to do the same with other groups with similar demand, a demand raised a year before by the nurses’ union which the government rejected on the grounds it would open a can of worms.

In April, Anastasiades promised that the government will remain in dialogue with Cyprus Popular Bank depositors which saw their uninsured funds wiped out in 2013. Finance minister Harris Georgiades said in December that the government was considering compensating victims of the banking crisis by handing over shares of the state-owned Cooperative Central Bank.

“The government may argue that they can afford all this because there is growth,” Matsis said. “The problem is that there is no discipline in those areas in which they pledged to keep under control. Instead of investing in development projects, they pay extra salaries and give extra benefits without even carrying out any reforms to improve the performance of the public sector”.

Anastasiades’s government should have filed its proposals for the reform of the public sector in 2013, the year in which the financial crisis peaked, instead of waiting until 2015 to do so Matsis said.

He added that the optimistic messages the government started sending in 2015, the year in which the economy exited a prolonged recession, had been interpreted by political parties that there was no urgency in voting on a package of bills to overhaul the human resource management in the public sector. As a result, the parliament rejected all but one bill in December and only passed one of them on Friday allowing the transferability of civil servants.

The finance minister said that “every project and policy” is part of the government’s fiscal planning “which in no case escapes the limits of an essentially balanced budget”.

In addition, Georgiades dismissed the notion that the new policies announced are related to the upcoming elections.

The chairman of the Fiscal Council, a body tasked with monitoring budgetary developments to help avoid a fiscal derailment, declined to comment citing that the body was in “purdah” ahead of the publication of its annual report in the coming weeks.

Under the new criteria for large families, mothers of four or more children will be eligible if their youngest child is no longer entitled to child benefit. Eligible recipients will receive an annual payment provided they earn less than €49,000 a year. The payment starts at €300, depending on the family’s income.

Efforts are also underway to introduce the free transport of the second child of a family to school, instead of the third child, as the measure provides for at present. The government also announced that it is working to offer large families free entrance to museums and events.

Another incentive approved recently by the cabinet to help low-income families, is the ‘baby dowry’, to secure the necessities for newborns.  Beneficiaries will be given basic consumer goods including a pram, a cot, a baby chair, and nappies for 24 months, and monetary aid for the purchase of baby food.  The money for this scheme will be allocated by the Fund for European Aid to the Most Deprived (FEAD). Application dates will be announced later.

Embrace the start of summer at a May Fayre