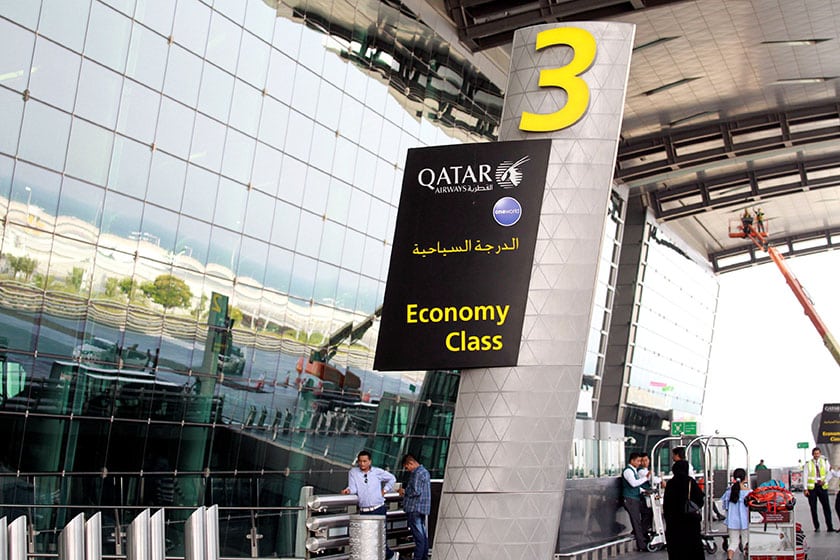 Riyadh must have something very solid in hand against Qatar to sever all ties with Doha in concert with seven other states. The severity of the action by Saudi Arabia, Egypt, UAE, Yemen, Bahrain, Libya, Maldives and Mauritius, whereby the air space and land routes of many of them have now been closed to the state of Qatar and all its subsidiaries, speaks not only of disagreements between Doha and its Arab partners, however major they may be, but rather of a significant rift bordering hostility. What has taken place may justifiably be paraphrased as war without the military violence.

One of the world’s largest exporters of natural gas, Qatar boasts the highest GDP per capita globally – $127,000. It is home to a major US military base Al-Udeid with some 10,000 American troops. A member of the Gulf Cooperation Council countries, the small Arab state also wields considerable soft power through its international broadcasting network Aljazeera. It is also set to host the 2022 World Cup. Other than Saudi Arabia, Qatar, surprisingly enough, is the only country that subscribes to the ultra-conservative sect of Salafism though the country is not governed along the same strict lines as Riyadh.

There have been differences between Qatar and the Saudis regarding the former’s pliable attitude to Shia Iran. Doha reportedly paid some $700m to Tehran to secure the release of some members of their royal family taken hostage in Iraq, an act viewed in Riyadh as helping Iranians.  Qatari Emir Tamim Al-Thani was apparently the only regional leader to congratulate President Rouhani of Iran after his re-election last month.

Additionally the Arab leaders point to Aljazeera’s supportive stance towards the Muslim Brotherhood particularly in Egypt. Qatar is also believed to provide financial assistance to the Al-Nusra in Syria, whose operations appear to be undermining other Arab countries goals in the country.

US President Trump’s tweet supporting the Saudi move has been most disconcerting to the Qataris to say the least. Though somewhat offset by later announcements from the White House, there is now little doubt that the US shares at least some of the Arab concerns regarding Doha’s foreign policies on Islamist radicalism.

The conditions set by the Arab countries for resuming ties with Qatar do not indicate a speedy resolution of this crisis. They demand that Doha must agree to a fundamental shift before normalisation of relations; a development difficult to fathom in the short-term.

How will this affect the future of West Asia? In the short term it will further polarise regional politics with all that it entails. In the mid to long run it will highlight the need to develop a more integrated supra-national security network that is able to withstand national differences and disagreements. The most significant implication, however, is that political Islam has once again been put on the defensive. It will continue to fight to prove it is still a relevant and potent force, but for how long remains to be seen.

This could be the right formula

A six-day war that lasted 50 years