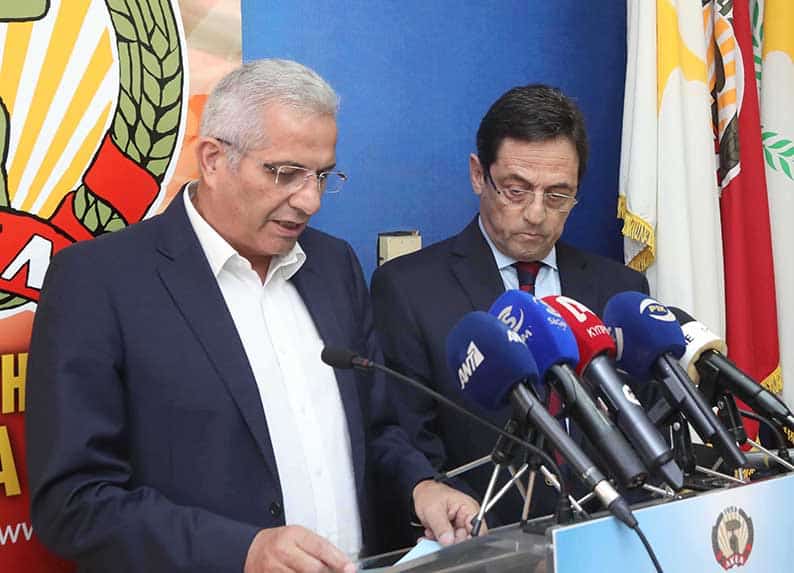 Akel and businessman Mike Spanos have failed to agree on a document of principles and he will not be a candidate for the presidency in next year’s elections, it emerged on Thursday.

The break-up was confirmed following a meeting of the party’s central committee. Spanos visited the party’s HQ.

Party leader Andros Kyprianou announced that it was not backing the businessman but did not offer much detail as to the reason.

“The next elections are critical and we understand the people’s expectations,” he told reporters. “A large section of society is waiting for our party’s decision because none of the (current) candidates expresses their expectations.”

Kyprianou said Akel tried to support an honest, independent candidacy, and to that end it started a dialogue with Spanos.

“Expanding the discussion and attempting to complete the framework of our agreement, it appeared there were issues to which our approaches were such that they didn’t allow us to arrive at a mutually desired result,” he said.

Calling Spanos “an honest and capable person”, the Akel boss said the two sides had initially come to an understanding on the Cyprus problem and on key socio-economic issues.

But expanding on this discussion to specifics, differences emerged, said Kyprianou.

“Our paths shall not diverge. I am confident this relationship will continue on solid foundations,” he added.

Kyprianou said they decided to terminate the discussions and would continue efforts to find a candidate so that Cyprus could move forward.

“It is once more confirmed that Akel is a fully democratic party. We will continue discussions. We want our candidacy to be victorious,” he said.

Akel had sought to commit Spanos to an agreed ‘document of principles’ before putting his name down for discussion by party grassroots members.

It followed an interview Spanos gave to a private television station in which he said he was in favour of a free market and less state involvement in financial matters.

He had also described political parties as “malignant [cancer] cells”.

The businessman thanked Akel for choosing him as a potential candidate, adding that it was an honour to be supported by a historic party.

“Unfortunately, in the course (of the discussions) there appeared different views on issues. We jointly terminated the dialogue,” he said. “Dear Andros, I came here as a friend and I am leaving as a friend.”

Following the joint statements, neither Kyprianou nor Spanos took questions from reporters.

According to the Cyprus News Agency, Akel will now continue seeking a candidate from outside the party space, although nominating a party cadre has not altogether been ruled out.

Candidates must be endorsed by Akel’s political bureau and next by the central committee, which formulates a proposal that is forwarded to the party base.

Procedurally, the last say rests with a party congress of delegates from across the country.