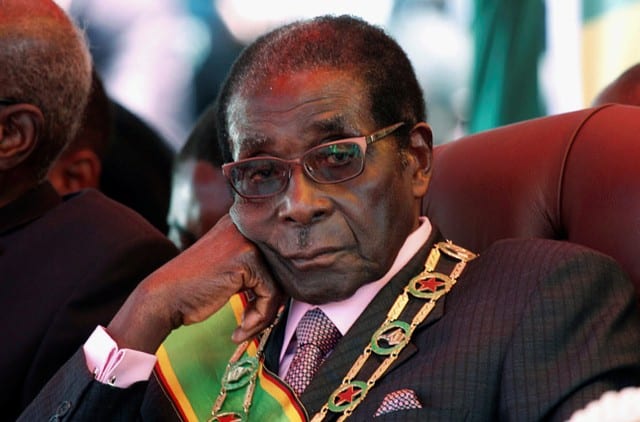 By Joe Brock and MacDonald Dzirutwe

General Constantino Chiwenga, head of the armed forces and leader of the takeover codenamed “Operation Restore Legacy”, told a media conference he was encouraged by contact between the two men and Mnangagwa would be back in the country soon.

“Thereafter, the nation will be advised on the outcome of talks between the two,” he said, reading from a statement.

Earlier, Zimbabwe’s ruling Zanu-PF resolved to bring a motion in parliament on Tuesday to impeach Mugabe, after a noon deadline expired for the besieged leader to resign and bring the curtain down on nearly four decades in power.

Impeachment could see Mugabe kicked out in days and would be an ignominious end to the career of the “Grand Old Man” of African politics, once lauded as an anti-colonial hero.

In the draft motion, the party accused Mugabe of being a “source of instability”, flouting the rule of law and presiding over an “unprecedented economic tailspin” in the last 15 years.

It also said he had abused his constitutional mandate to favour his unpopular wife Grace, 52, whose tilt at power triggered the backlash from the army that brought tanks onto the streets of the capital last week. Mnangagwa’s removal was meant to boost her chances of succeeding her husband.

On paper, the impeachment process is long-winded, involving a joint sitting of the Senate and National Assembly, then a nine-member committee of senators, then another joint sitting to confirm his dismissal with a two-thirds majority.

However, constitutional experts said Zanu-PF, in revolt against Mugabe, could push it through quickly.

“They can fast-track it. It can be done in a matter of a day,” said John Makamure, executive director of the Southern African Parliamentary Support Trust.

Mugabe’s demise, now apparently inevitable, is likely to send shockwaves across Africa. A number of entrenched strongmen, from Uganda’s Yoweri Museveni to Democratic Republic of Congo’s Joseph Kabila, are facing mounting pressure to step aside.

Mugabe was once admired as the “Thinking Man’s Guerrilla”, a world away from his image in his latter years as a dictator who proudly declared he held a “degree in violence”.

As the economy crumbled and opposition to his rule grew in the late 1990s, Mugabe tightened his grip in the southern African country of 16 million, seizing white-owned farms, unleashing security forces to crush dissent and speaking of ruling until he was 100.

Zanu-PF’s action follows a weekend of high drama in Harare that culminated in reports Mugabe had agreed to stand down – only for him to dash the hopes of millions of his countrymen in a bizarre and rambling national address on Sunday night.

Flanked by the generals who sent in troops last week to seize the state broadcaster, Mugabe spoke of the need for national unity and farming reform, but made no mention of his own fate.

Two senior government sources told Reuters Mugabe had agreed on Sunday to step aside and CNN said on Monday his resignation letter had been drawn up, with terms that included immunity for him and Grace.

Two other political sources told Reuters on Monday Mugabe had indeed agreed to resign but Zanu-PF did not want him to quit in front of the military, an act that would have made its intervention last week look more like a coup.

Another political source said Mugabe’s opponents had hoped his televised speech would “sanitise” the military’s action, which has paved the way for Mnangagwa, a former security chief known as The Crocodile, to take over.

Moments after the address, war veterans’ leader Chris Mutsvangwa, called for a wave of protests if Mugabe refused to go.

In London, a spokesman for British Prime Minister Theresa May said Mugabe had clearly lost the support of his people.

Since last week, Mugabe has been confined to his lavish “Blue Roof” residence in Harare, apart from two trips to State House to meet the generals and one to a university graduation ceremony at which he appeared to fall asleep.

Grace and at least two senior members of her “G40” political faction are believed to be holed up in the same compound.

On Saturday, hundreds of thousands took to the streets of Harare to celebrate Mugabe’s expected downfall and hail a new era for their country, whose economy has imploded under the weight of economic mismangement. Inflation reached 500 billion percent in 2008.

An estimated three million Zimbabweans have emigrated to neighbouring South Africa in search of a better life.

The huge crowds on the streets have given a quasi-democratic veneer to the army’s intervention. Behind the euphoria, however, some Zimbabweans have misgivings.

“The real danger of the current situation is that, having got their new preferred candidate into State House, the military will want to keep him or her there, no matter what the electorate wills,” former education minister David Coltart said.

Others worry about Mnangagwa’s past, particularly as state security chief in the early 1980s, when an estimated 20,000 people were killed in the so-called Gukurahundi crackdown by the North Korean-trained Fifth Brigade in Matabeleland.

He has denied any wrongdoing but critics say Zimbabwe risks swapping one army-backed autocrat for another.

“The deep state that engineered this change of leadership will remain, thwarting any real democratic reform,” said Miles Tendi, a Zimbabwean academic at Oxford University.