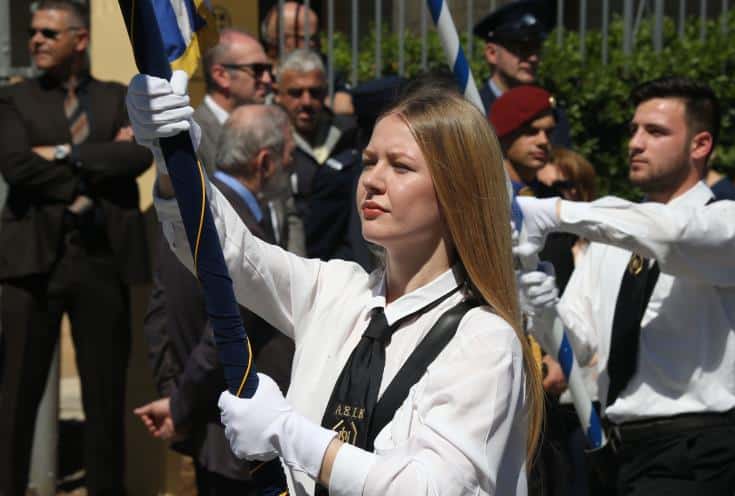 Cyprus’ relations with Greece and other countries in the region are not directed against anyone but convey a message of coexistence and cooperation and not threats and use of force, said Greece’s Ambassador to Cyprus, Ilias Fotopoulos.

In a message on the occasion of Greek Independence Day, being celebrated on Sunday, he said March 25, 1821 was the most important date in modern Greek history.

“We derive courage and guidance from our ancestors as well as inspiration to answer the challenges of today and tomorrow,” he said in his message.

“In this unstable and ever changing geopolitical and geo-economic area, Greece and Cyprus stand as pillars of security, democracy and stability.”

Fotopoulos said Cyprus and Greece had forged cooperation with Egypt, Israel and Jordan, proving that Eastern Mediterranean could become “a sea of peace and prosperity”.

He further said that Greece and Cyprus’ relations with countries in the region were not directed against anyone but “sent a message that co-existence and cooperation can be based only on dialogue and mutual benefit and not threats and imposing fait accompli through force”.

Regarding the Cyprus issue, Fotopoulos said that the aim remained to reunify the island through a fair and viable solution that will ensue with the abolition of the system of guarantees, complete withdrawal of all Turkish troops from the island and securing the sovereignty and independence of the

Republic of Cyprus, as a normal European state.

He further said that the threats and blackmail on the part of Turkey in Greek and Cypriot waters further damaged the already traumatised peace in the region.

However, he addeed, “we should not allow disappointment to affect our will for a fair and viable solution”.
Parades were being held across the island on Sunday to celebrate Greece’s independence and also the April 1 anniversary of the start of the 1955-1955 Eoka struggle against British colonial rule.

At 11 am President Nicos Anastasiades, accompanied by the Minister of Education Costas Hamiyouris and the ambassador of Greece, will receive the salute in front of the Greek embassy. The parade will include veteran fighters, students, scouts, unions and organizations.

In other towns, the salutes will be taken by various government ministers and officials.

Road closures in Nicosia due to the parade started at 9am, in the city centre.

Parking areas will be open for the public near the OXI kiosk at Famagusta Gate and the Nicosia swimming pool on the western side of town, police said.

In Limassol, police will close Archbishop Makarios III Avenue from 11am to 2pm for the parade.

The parade in Larnaca will be held on Athinon Avenue. The road will be closed 10am to 2pm, and it will be closed again from 6pm to 8pm for an afternoon parade.

In Paphos the parade will begin at 11.15am, but roads will be closed from 9am in preparation for the event. Police said that the Grivas Digenis Avenue, Gladstonos Street and the Metropolis Square would be affected.

Road closures in Paralimni are expected to start at 10am in preparation for the parade that is set to begin at 11am. April 1 Street will be closed until 12:30pm.