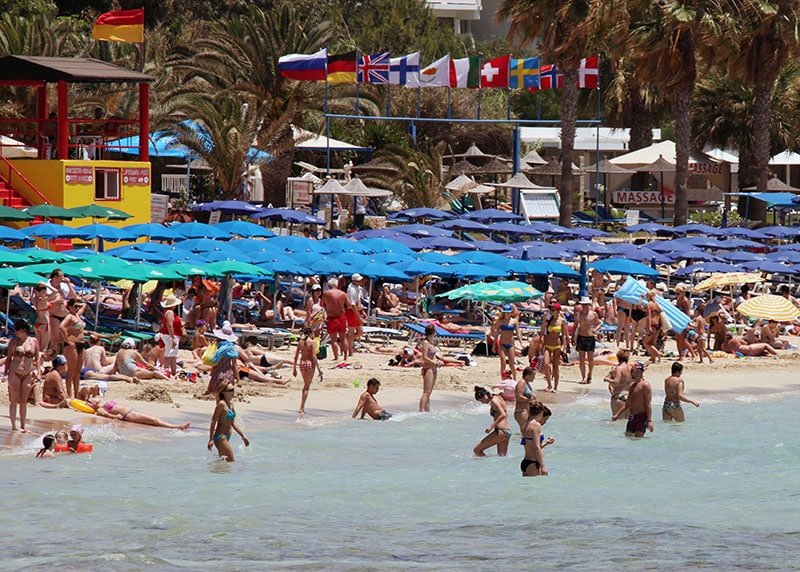 “The decline in tourist arrivals from Russia is now confirmed, since the most recent estimates speak of a reduction of more than 32 per cent from this market, while the decrease from other countries of origin is between minus 2 to minus 7 per cent,” he said. “Surely this development does not come out of the blue, since both external factors and domestic weaknesses make tourism in Cyprus less competitive.”

Asked what should be done to increase the number of tourists, the mayor replied that first of all we need to protect the number of seats and flights to the island and at the same time travel agents should be encouraged to fill the flights, especially from the Russian market.

“If the number of seats is not guaranteed, then the result for the following year may be disastrous,” he warned.

Karousos added that all parties involved should work in a methodical way to reverse this dangerous development. To start with, hoteliers need to adjust their prices, something that is already happening. The number of beds has increased and there are many players in the market so the rule of demand and supply requires this price reduction.

At the same time, “it is necessary to provide economic incentives for tour operators in Russia and other countries. A similar provision was in force until May and concerned winter tourism, with its results being very positive, but the measure should be extended, even with a lower subsidy, as long as it is appropriate in the summer months.”

According to the mayor of the resort, incentives should be provided by the airports themselves, with the aim of maintaining flights and seats from abroad.

“There is no-one working in the tourism industry who doesn’t know how difficult it is to get back an air route if it stops” he noted, adding “if such developments are not prevented, the consequences will follow us not only in 2019, but also during the following years.”

Another of his suggestions it to promote the tourist product with ‘smart’ campaigns in Europe and abroad, by promoting the natural and cultural heritage of Cyprus and stressing, for example, that Cyprus has three of the best beaches in Europe and one of the best in the world.

The tourism ministry or the Cyprus Tourism Organisation should prepare an emergency plan for times when targets are not met.

“To safeguard our tourism product we have to rely more on our strengths, on the competitiveness of our product and less on geopolitical developments,” he concluded.

“The time has come to try innovative and effective methods that will bring Cypriot tourism to the place it deserves.”

Just days ago, it was announced that Fig Tree Bay Beach in Protaras is one of the most popular beaches in the world, according to how many times they have been snapped on Instagram. A research by TravelSupermarket ranks the beach at number 20, with its hashtag #figtreebay used 31,088 times. The Cyprus beach is only one of four beaches in Europe in the top 25.