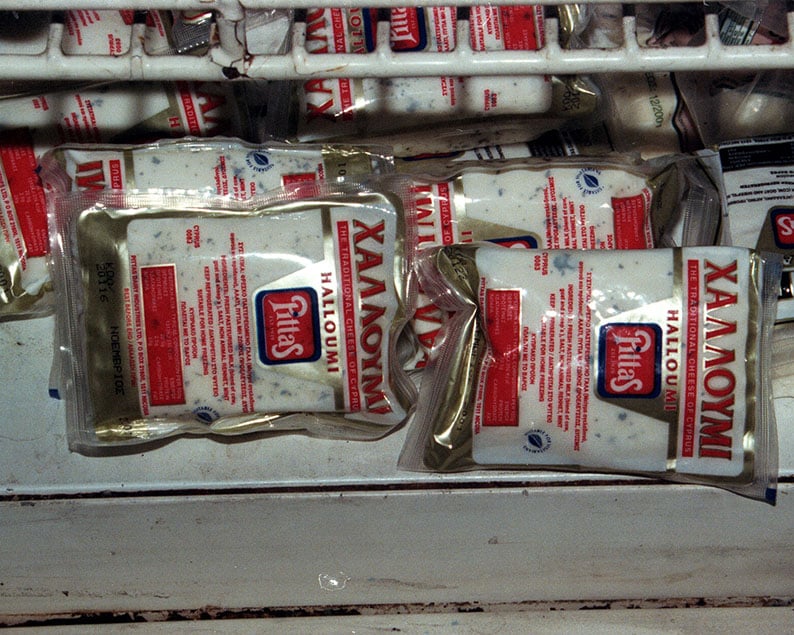 Pittas cheese manufacturer, one of the oldest dairy product producers in Cyprus and famous for its halloumi, feta and yoghurt, has amassed debts in excess of €3m which forced it to stop production for some weeks earlier in the year.

The problems date back over a decade but culminated in strikes a few months ago by staff who say they were owed money.

For the third time this year, the courts this week appointed an administrator to take over Pittas after it appeared there was no sign of any of the debts being settled.

The employees say Pittas owes some 70 former and current staff a total of around €700,000.

As a result of its problems, Pittas lost one of its best clients in the UK, Asda supermarket, at a time when demand in the UK for halloumi is high because good weather makes barbeques – and therefore halloumi – very popular.

The problems date back to 1999 when Pittas built a new factory in the Latsia area of Nicosia. Pittas contracted Cybarco Ltd. to do the construction, but the company says the debt was never settled.

The factory burned down a year after it was built, and Cybarco took Pittas to court claiming the cheese manufacturer wasn’t paying its dues.

Pittas disputed the claim saying they thought the matter had been settled between the insurance company and Cybarco.

Nonetheless, in a court case that lasted over 10 years with delay after delay, the court ruled that Pittas owed the construction firm a total of €2.2m plus interest, a spokesman for Cybarco told the Sunday Mail.

Much of this sum is owed by Cybarco to their own sub-contractors they hired to carry out the works for Pittas factory.

“If we don’t pay them, they can take us to court,” the spokesman said.

After the court decision, Cybarco claims they repeatedly tried to find a way to settle an amount but saw no goodwill gesture from Pittas.

Cybarco took the case to court again, and in February filed for administration.

According to Yiannos Pittas, the company’s export director, after Cybarco filed the administration request, all of Pittas’ accounts were frozen.

“Of course, we wanted to solve the problems ourselves but when we couldn’t do anything we got on board and allowed the administration process to proceed,” he told the Sunday Mail.

Following a court order in April, Pittas was placed under administration for one month. Of the three administrators, one was handpicked by Cybarco and the remaining two favoured by the unions.

Their role is to try and recover the company and not to act in the interests of any other parties such as Cybarco or the unions.

Sources say Pittas doesn’t just owe money to staff and Cybarco. The company has debts with banks, social insurance and suppliers – to name a few.

“We’re doing the best we can. Competition in the market is tough,” Pittas told the Sunday Mail, adding that there were those who would be glad to see them fall.

Nonetheless, he insisted that the employees are paid their monthly wages every month.

The €700,000 the workers are demanding concerns these extra salaries and overtime work.

But union sources insist that the monthly wages were only paid on time after 2014.

“We had to protest every month to get them.”

In May, Pittas’ accounts were frozen again as the initial one-month administration came to an end.

This, in turn, prompted a 20-day strike by unions.

“The accounts were frozen, how was he going to pay us?” the union representative asked.

None but a few members of staff close to the bosses went into the factory and production was effectively halted.

“We were protesting until the end of May.”

By then, pressure had amounted and Pittas conceded to let the administrators get back on board.

Unions, however, recall that at the time, “we had a huge problem. All of the milk suppliers left Pittas company,” because they weren’t getting paid and thus transferred their loyalty to other producers who were more timely with payments than Pittas.

Even when the administrators took over, suppliers were still wary because the new administrators were only being appointed for a month. What would happen when those four weeks were over?

Sources say that despite the difficulties, the company managed to get through the month paying staff and sorting out problems with suppliers.

On Wednesday, the courts issued a new decree appointing the administrators, this time for four months. Both the unions and Cybarco believe this will be more helpful as it gives more breathing space than the previous four-week spans.

“A study carried out for Pittas showed that despite the problems, it is still a sustainable company,” sources said and that was why stakeholders were still trying to do the best they could.

A spokesman for Cybarco, though more cautious, said they too were still trying to do the best they could.

Though the money owed to them exceeds €2m they have only received a “symbolic amount” since the administrators took over, he said.

“We’ve been waiting for over 15 years…There’s a huge uncertainty. We will wait and see what happens.”

Pittas maintains it’s not over.

“Next year, we’re celebrating 80 years since we were founded. We’re the second generation and now the third generation will come in. The competition is tough and others are quick to say Pittas is shutting down,” he said.

“We’re going through a difficult time but we have a good name, good product and a good share of the market. We hope we’ll get through this.”

Pittas has also filed a request in court set to be heard on July 20 that the administrators take on the role of examiners – a process derived from Irish law that allows an examiner to restructure a company and settle all outstanding debts.

“We’ll wait and see what comes of that. But the good news we had today was that we’ve struck a deal to export halloumi to a supermarket in Taiwan,” he said.