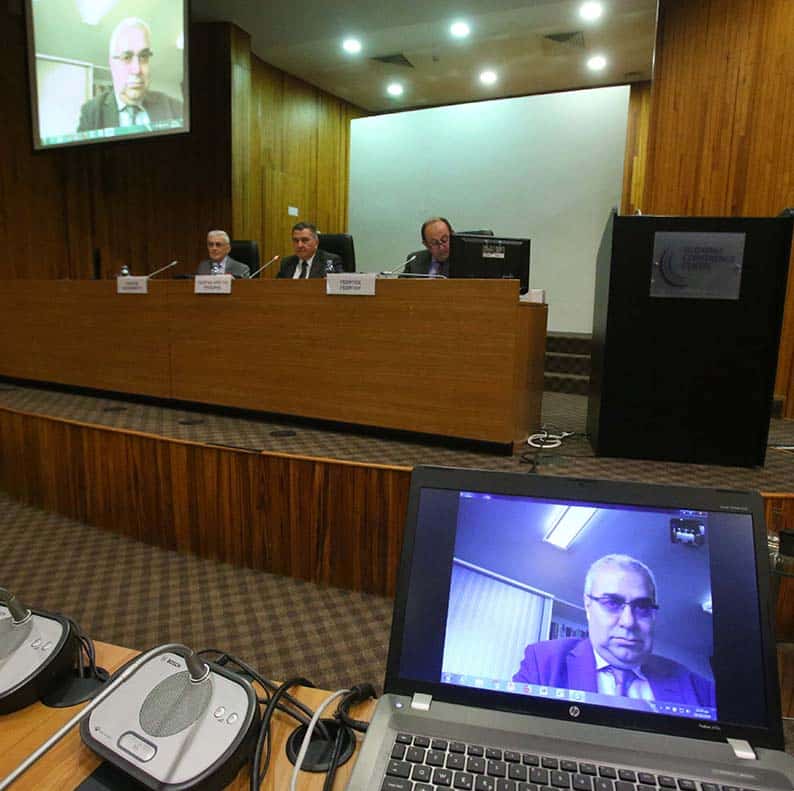 “Personally, I agree with what the European Commission said in June 2018,” Demetriades told the committee investigating the collapse of the co-ops.

He was referring to a European Commission statement, according to which “the Cyprus Co-operative Bank was unable to return to viability: it failed to recover much money from its very significant portfolio of non-performing loans, partly because of CCB’s own governance failures and partly because of obstacles created by the Cypriot legal framework to work out non-performing loans.”

Testifying via teleconference, Demetriades said the major problems facing the co-operatives were the management of non-performing loans (NPLs), inadequate collateral practices, and the lack of supervisory control over co-ops.

“Across all banks there were lax regulations and lax supervision, which led to the events of 2013,” he asserted.

This, however, directly contradicts remarks he had made on June 28, 2012, in a speech delivered to the Cyprus University of Technology.

In that speech, only months prior to the March 2013 financial meltdown, Demetriades had said:

“The supervision exercised upon the cooperatives by the Co-operative Societies Supervision and Development Authority is effective, ensuring the robustness, proper functioning and growth of the co-operatives…”

Demetriades, who served as central bank chief from May 2012 to April 2014, said that after taking office he had little time to act decisively in the co-operative sector.

“When I took over, it was then that the government was forced to apply for a bailout to the EU and the IMF.

“So although we had taken some [corrective] steps, everything was overshadowed by the discussions about the [bailout] programme.”

After the 2013 crash, Demetriades opined, the situation at the co-ops was still salvageable – but provided that authorities followed the banking restructuring programme to the letter.

This did not happen, however.

“Broadly speaking, the problem in the banking system was the scope of lending, as well as the system’s exposure to the Greek economy, which led to the crisis,” he said.

The former central bank governor went on to complain about the lack of cooperation between himself and finance minister Harris Georgiades.

For example, the two were supposed to liaise about the appointment of competent directors to the Cyprus Co-operative Bank after it was nationalised in 2013.

But there was no response from the government, “whose only interest was to exercise control over the CCB”, he said.

Also testifying on Monday was former finance minister Charilaos Stavrakis (February 2008 to August 2011), who sought to downplay the issues facing the co-ops during his time in office.

“Indeed there were rumours that the co-operative sector was facing problems, but at the time it was a small problem. That is why I had said the co-ops were under-capitalised to the tune of €200m only.”

Taxpayers have to date paid €1.7bn to bail out the co-operative sector.