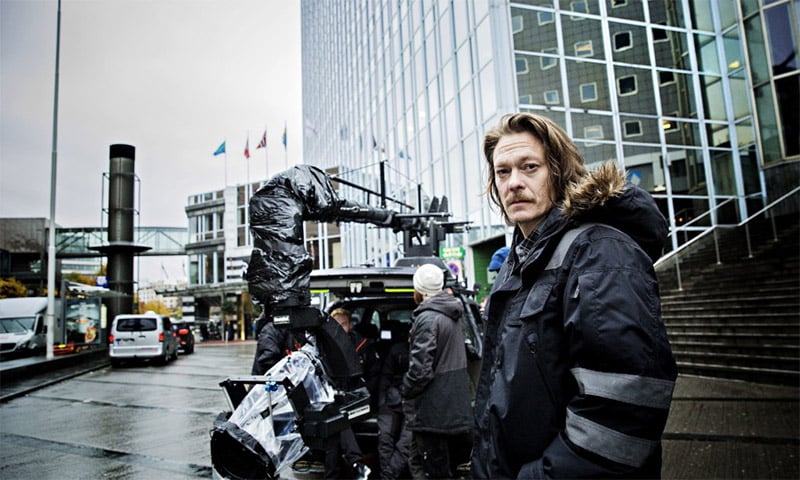 It’s a good week for films which we have no business reviewing, as an English-language paper; still, language isn’t everything. Non-Greek-speaking kids will obviously struggle with The Queen’s Corgi (which is dubbed into Greek) but may still appreciate Donald Trump taking a selfie with Queen Liz and yelling “Cheeseburger!”, this Belgian-made talking-animal cartoon being the first of its kind to include an unmistakable cameo by the US president. (Even under-10s, it’s assumed will recognise who he is, and recognise him as a figure of fun.) Similarly, anyone who doesn’t speak Norwegian (or Greek) won’t have much idea of what’s going on in The Quake, a disaster movie about an earthquake in Oslo – but the last 20 minutes transcend language, with a couple of scenes that’ll have even non-Norwegian viewers biting their nails, averting their eyes, and making little whimpering noises.

Getting to those 20 minutes is the only problem, especially because of the film’s unusual provenance. This is a sequel of sorts to The Wave, a film from 2015 about a Norwegian fjord town getting hit by a giant tsunami. The Quake is made by a different director, but it’s scripted by the same writers and features the same lead characters, maverick geologist Kristian Eikjord (played by rumpled, permanently anxious-looking Kristoffer Joner) and his long-suffering family. The Wave, however, never played in Cyprus cinemas, and will be unfamiliar to most viewers. The result is that (a) they’re unlikely to be very interested in the fraught relationships between this dysfunctional family – Kristian and his wife Idun (Ane Dahl Torp) are separated – and more importantly, (b) they won’t have knowledge of The Wave to reassure them that glorious disaster-movie mayhem is indeed coming up, just as soon as we get through all this talky build-up.

Not that the first hour is bad – but it’s almost as gruelling, in its way, as the hellish aftermath of the actual earthquake. Kristian is the epitome of the mopey, angst-ridden Scandinavian – especially since he’s not directly involved in predicting the disaster this time, as he was in The Wave; mostly he just skulks around the fringes, getting increasingly alarmed about the data left behind by a now-deceased fellow geologist which seems to indicate that a major quake is imminent. Worst of all, he’s still obsessed with the previous disaster – i.e. the tsunami – and unable to move on. A TV audience gives him a standing ovation, calling him a hero, but Kristian just looks grumpy. His little daughter Julia comes to visit – but Kristian sends her away, too depressed to play daddy. It’s all a bit sad.

The human angle is a touch overdone in The Quake – the film sinks so deep into drama, it begins to seem sluggish – yet the human angle is also its trump card, setting it apart from the Dwayne Johnson-starring, blockbuster likes of San Andreas. There are no superheroes here, just human beings struggling to get by – and they don’t turn into superheroes when disaster strikes, either. The action scenes are purely about escape, trying to get out of a crumbling, quake-hit hotel. (The bravest people in the whole movie are perhaps the Radisson hotel chain, who agreed to this distressing bit of product-placement.) The action is human-scaled too: when our heroes grab a cable and swing across a lift shaft like Tarzan – or Dwayne Johnson – they’re liable to make a mess of it. Death is a real possibility, and indeed not everyone makes it.

The most striking thing about The Quake is its budget: an estimated 52 million Norwegian kroner, which is under $10 million (San Andreas cost $110 million) – yet the earthquake is impressive, a subterranean wave hurtling across the city like an underground monster, collapsing buildings in its wake, and the destruction it leaves is spectacular. The catch is that most of The Quake is just people talking, plus occasional music cues to drum up excitement; there are two, maybe three splendid action scenes, then the movie ends. Quality over quantity is the price we pay for Euro-alternatives to Hollywood.

There are Hollywood touches, to be sure: not just a child in jeopardy but also, before that, the old cliché of Kristian missing his daughter’s concert by being so obsessed with work – but he also offers a riposte, heretically noting that “There are things that are more important than a daughter”. The Quake is a bit like that too, reaching for popcorn-movie pleasures but also with (part of) its mind on more important things. It’ll surely be ‘too slow’ for most people, and don’t expect to see it staying in cinemas for more than a week, maybe two – but the mayhem is worth checking out, even in Norwegian with Greek subtitles. The Queen’s Corgi isn’t bad, either.

In Norwegian, with Greek subtitles.

Done with Dahmer? Here’s what to watch next

Tzitzikas Sings an Apology for children and adults