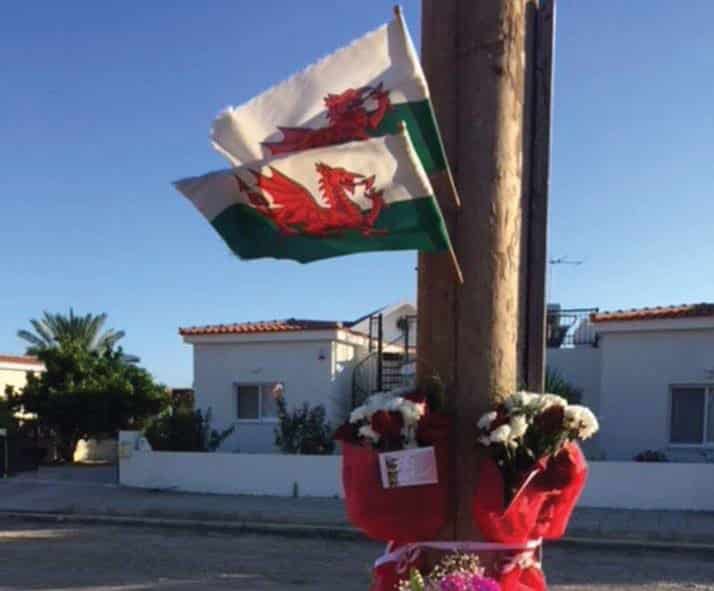 New witnesses for the prosecution were brought in to testify on Tuesday at the trial of a Georgian national accused of running over and killing Briton Robert James Birch in Paphos, and injuring a compatriot on the Peyia-Ayios Georghios road in Paphos in the early hours of June 24, 2018.

One of the expert witnesses, Polycarpos Moutzouri, a 27-year veteran of the Electricity Authority of Cyprus testified that there was no way the suspect did not see the two Britons ahead on the road on the night of the incident. Moutzouris, as quoted in the Court, is a graduate of the University of Glasgow specialising in light measurement.

He told the Paphos court that the intensity of the light was such that the driver easily had the ability to distinguish pedestrians at a distance of 60 metres as there were two street lights in the spot. Even in black clothes, a pedestrian could be detected by a driver, he said.

The witness said that on June 27, three days after the incident between the hours of 11.25pm and 11.40pmm, he conducted an on-site visit to check the intensity of the light.

He said the distance between the poles was 25 metres and there were 150W high-pressure sodium lamps installed. Even though with the naked eye, it appeared the intensity of the light was satisfactory in the spot, he used a special instrument to measure the brightness and it was all up to standards, he said.

The witness also said that according to EAC monitoring reports, the two street lights had come on at 8.22pm on the night of June 23, and were put out at 5:05am on June 24, meaning they were fully functional when the pedestrians were hit by the car.

Demetrios Elidzides, 35, a Georgian national, is accused of murdering Birch 39, and of the attempted murder of his friend, 32.

The suspect previously pleaded not guilty to manslaughter in what authorities believe was a deliberate assault following an earlier altercation in Coral Bay. He has also denied an attempted murder charge.

Police said they received a call at 2.30am on the morning of June 24 informing them that two men, pedestrians, were lying injured on the road.

At the scene they found Birch, known as Charlie, lying dead. Next to him was his injured friend. Birch, a builder from Powys, Wales, died from multiple injuries. His friend told the authorities he believed the driver had deliberately run them down.

The suspect and his girlfriend left the harbour on foot and were picked up on the road shortly afterwards by police. Police suspect that dumping the car in the sea was an attempt to conceal evidence. The woman was released after being questioned.

The trial will continue on June 18.

Glamping: stay in nature without roughing it