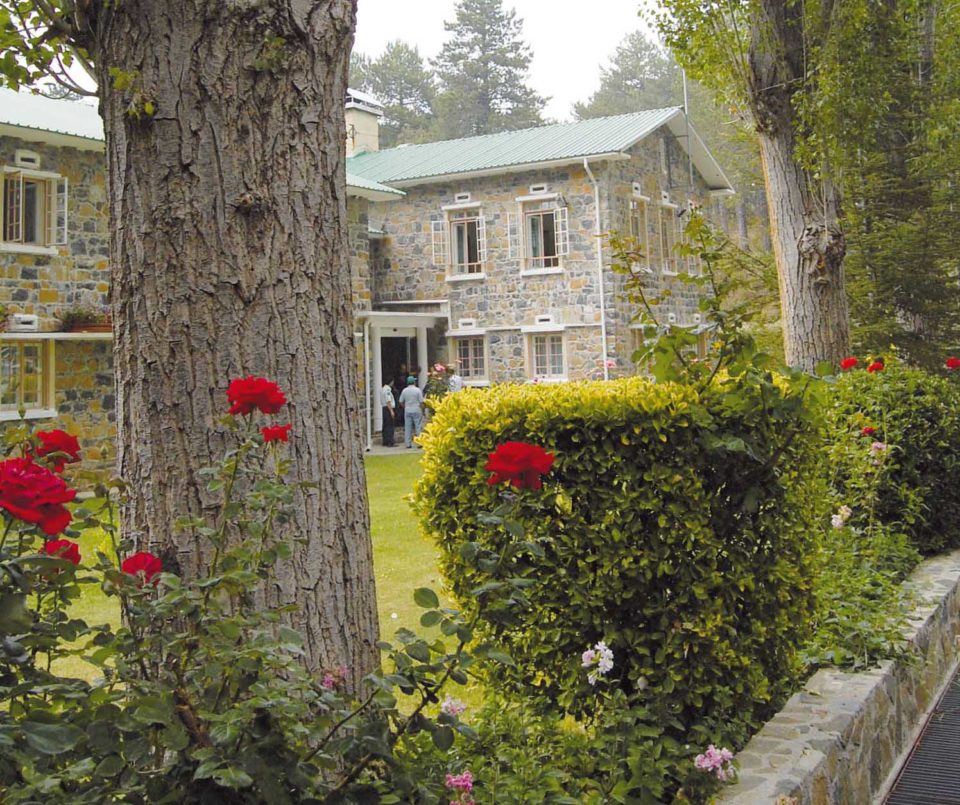 For over 60 years the Forestry College in Prodromos produced tree experts. It is about to do so again

From 1951 when it first opened and until it awarded its last diploma four years ago, the Forestry College in Prodromos trained thousands of tree experts from all over the world.

Then in 2013 the government decided that apart from offering a few minor courses it had to close down. After a four-year-long study it was decided that high running costs and competition from forestry graduates from Greece meant the college was no longer viable.

But after a cabinet decision earlier this week, the college has been given a new lease of life. The college will go back to offering students what it had offered for nearly 65 years, and more. Not only will it bring back full-time programmes of study, but it will also be upgraded to a higher educational institute.

“The decision to postpone its operation was made by the Council of Ministers in 2013, and the last students graduated in 2015,” said the principal of the college, Andreas Mavroiacoumos. “However, since then it has functioned as a training centre for forest officials and forest workers, training people in different subjects such as how to fight fires, but also the flora and fauna.”

But the Council of Ministers’ decision should restore the college to its former glory. Two new college programmes are to be submitted to the Agency for Quality Assurance and Accreditation in Higher Education.

The first, a one-year programme, will be mandatory for all new employees at the forestry department. The aim is to meet the staffing needs of the department with staff trained in the specific characteristics of the Cypriot forest ecosystem.

The second is a three-year programme which will be a revised and updated version of what the college offered in the past, but it will run only if there is interest from students.

The renewal of the college’s fortune is not just about education. It is also forms part of the national strategy for the development of mountain communities which was approved in July.

The courses were taught in English and the college has trained students from Cyprus, Africa, Europe, Asia, Middle East, Pacific, Latin America and the Caribbean since it was established.

Situated in Prodromos, the college is in a central position within the island’s main state forest and is thus ideally located for students training in forestry.

The college was fully residential, with 35 bedrooms, a cafeteria, lecture rooms, a conference room, a library, workshops, a laboratory, a computer centre, a meteorological station, a forest nursery, football and basketball fields and fire engines.

Instructional staff and their families were housed in buildings within the college grounds.

“All these facilities are still functional and waiting to be used again,” the principal said.

When it operated, the college was also considered highly beneficial for the village of Prodromos, as part of the students’ education included working on and tending to the forest grounds immediately surrounding the college, with students often being on a 24-hour duty for the upkeep of the area.

This is now being considered again.

Unlike in the past, Cypriot graduates will not be automatically employed in the public sector upon completion of their studies but will be able to apply for positions.

Since the college opened in 1951, graduates from the college were hired after their graduation on a temporary basis by the forestry department until a full-time position opened up.

The Club – a home away from home

Alive but lost: In Bahamas, Hurricane Dorian survivors wonder what next

Coronavirus: Anastasiades ‘would rather be judged for strict measures’ than mourn victims