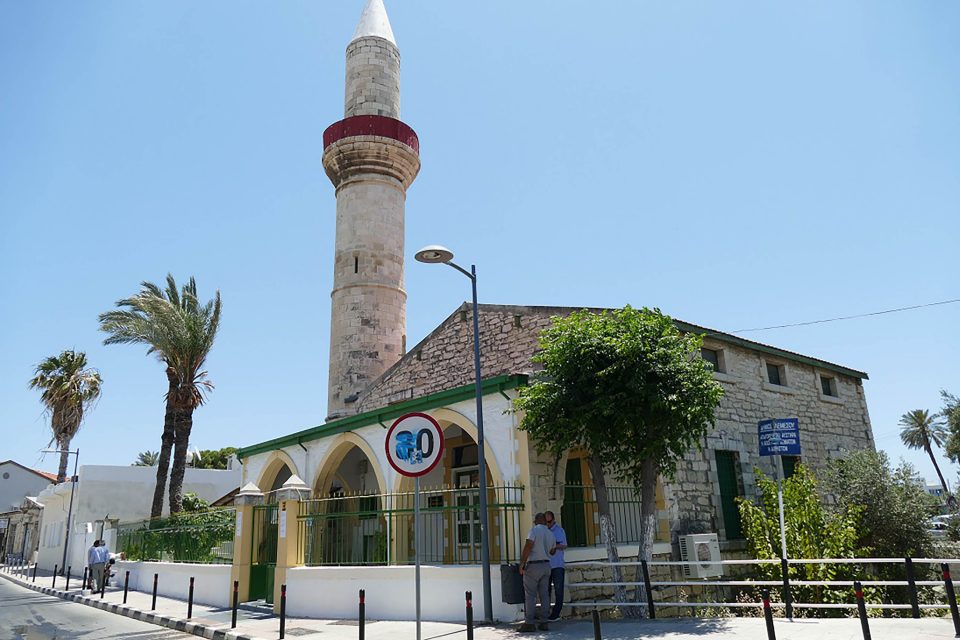 The mosque in Limassol

Ankara’s overexposure of the vandalism at Koprulu mosque in Limassol raises the question of how the Christian religious monuments are being treated in the north, Government Spokesman Kyriacos Kousios said on Tuesday.

The spokesman was responding to the widespread condemnation, including by Turkey, of the vandalism at the mosque on Sunday night when petrol bombs were thrown into its premises while the outer wall was vandalised with racist graffiti against Islam and immigrants.

The incident was condemned by President Nicos Anastasiades, Turkish Cypriot leader Mustafa Akinci, the island’s five main religious leaders and also the Turkish foreign ministry and ruling party, among others.

The Turkish foreign ministry called the attack “malicious and heinous” and urged the Cyprus government to act against the perpetrators as soon as possible.

“It is obvious that Islamophobic rhetoric and actions will not contribute to the efforts towards reaching a settlement of the Cyprus issue,” the Turkish ministry said. “It should not be forgotten that such attacks do not only target Muslims but also pose a common threat to all of humanity,” it said.

Kousios told state broadcaster CyBC on Tuesday that such acts against religious monuments were condemnable.

He pointed out, however, that “the overexposure of the incident by Turkey gives us the right to wonder how Turkey and the occupation powers have behaved as regards our sacred places in the occupied areas.”

Kousios said that according to information, the vandalism was carried out by two young people.

He pointed out that their actions “must not be deemed to express the will and views of our people.”

Kousios had said on Monday that Anastasiades had given instructions for an in-depth investigation of the case to bring those responsible to justice.

Limassol mayor Nicos Nicolaides, who visited the mosque on Tuesday along with other municipal officials, expressed willingness to install lighting and security cameras to enhance security in the area. He added he would be meeting the Limassol police chief and the head of the service managing Turkish Cypriot properties on the matter.

“Phenomena of the kind that promote xenophobia and racism are foreign to us as we are a hospitable society that supports and relies on the mutual respect and cooperation of all,” Nicolaides said.

He said his municipality will do everything possible to prevent violence, antisocial behaviour and xenophobia wherever they come from, as they pose a risk to social cohesion.

Akinci, but also Turkish Cypriot ‘prime minister’ Ersin Tatar and ‘foreign minister’ Kudret Ozersay called on the government to find those who did it.

The religious leaders of the five main faith communities of Cyprus – Greek Orthodox, Muslim, Armenian Orthodox, Maronite and Latin Catholic – condemned all acts of vandalism and disrespect done to sacred places of worship.

Party spokesperson Omer Celik also called on the Cypriot government to take actions against policies and media which are fuelling hatred against Islamism.

Larnaca municipality warns of measures if port deal not signed