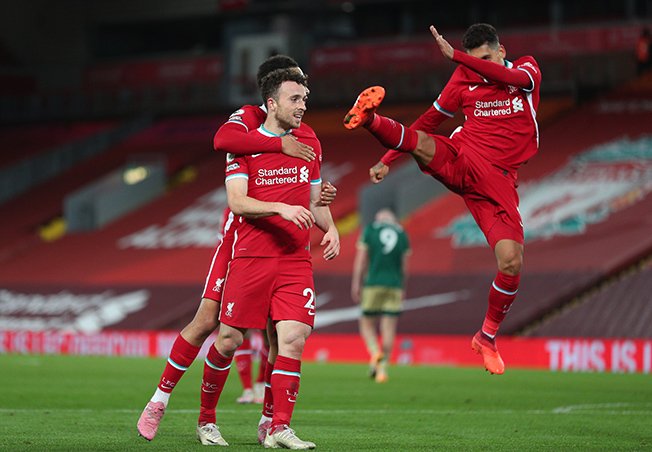 Diogo Jota’s second-half header secured a 2-1 win for Liverpool over struggling Sheffield United at Anfield on Saturday but the Premier League champions were made to dig deep for the points.

Sheffield United, still looking for their first win of the season, went ahead in the 13th minute when Sander Berge netted from the penalty spot and could have increased their lead.

But Roberto Firmino levelled in the 41st minute with a tap-in and Jota rose to thump home a header in the 64th minute, shortly after Mohamed Salah had a goal ruled out by VAR.

It was not convincing by Liverpool but they held on to move joint top with Everton on 13 points, although their Merseyside rivals play against Southampton on Sunday.

Sheffield United more than matched Liverpool in spells throughout the game and substitute Oliver Burke wasted a good opportunity in stoppage time.

They remain second from bottom with one point from their opening six games.