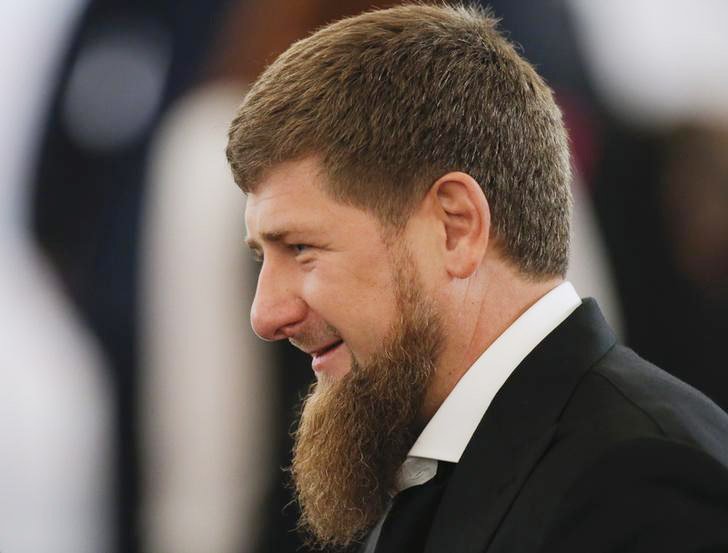 The leader of Russia’s Muslim-majority Chechnya region said on Tuesday that French President Emmanuel Macron was inspiring terrorists by justifying cartoons of the Prophet Mohammad as protected by free speech rights.

Ramzan Kadyrov, a close ally of Russian President Vladimir Putin, made the comments after France warned its citizens living or travelling in several Muslim-majority countries to take extra security precautions because of anger over the cartoons.

The row has its roots in a knife attack outside a French school on Oct. 16 in which a man of Chechen origin beheaded Samuel Paty, a teacher who had shown pupils cartoons of Prophet Mohammad in a lesson on freedom of speech.

The caricatures, first published by a satirical magazine whose Paris offices were attacked by gunmen killing 12 people in 2015, are considered blasphemous by many Muslims.

Kadyrov, an ex-rebel who endorsed a Kremlin military campaign that crushed an Islamist insurgency in Chechnya and nearby Russian regions, has played down the fact that Paty’s attacker was born in Chechnya, saying he grew up in France.

In an Instagram post on Tuesday, Kadyrov said Macron was wrong to characterise the display of such cartoons as free speech.

“You are forcing people into terrorism, pushing people towards it, not leaving them any choice, creating the conditions for the growth of extremism in young people’s heads. You can boldly call yourself the leader and inspiration of terrorism in your country,” Kadyrov wrote, addressing Macron.

Macron, who hailed Paty as “a quiet hero,” has pledged to fight “Islamist separatism”.

A senior French Muslim leader urged fellow Muslims on Tuesday to ignore cartoons of the Prophet Mohammad rather than resorting to violence in a call for moderation amid outrage across the Muslim world.

The cartoons have become a focus of controversy after an 18-year-old student of Chechen origin beheaded a teacher for showing the images to his pupils as part of a civics lesson.

France has allowed displays of the cartoons, which are considered blasphemous by Muslims. In some Muslim countries, politicians and other figures have made rhetorical attacks on French leaders, accusing them of being anti-Islam and calling for a boycott of French products.

The head of the French Council for the Muslim Faith, Mohammed Moussaoui, reminded worshippers that such caricatures were allowed under French law.

“This same law doesn’t force anyone to like them nor does it forbid anybody from hating them,” he said in a statement.

Moussaoui suggested Muslims should follow the example of the Prophet Mohammad, who, according to Islamic tradition, simply ignored insults when a crowd once poked fun of him by calling him “Mudammam” – the ugly.

“Isn’t it more in line with the prophet’s example to ignore these caricatures and consider them as having no relation whatsoever with our prophet?,” he said.