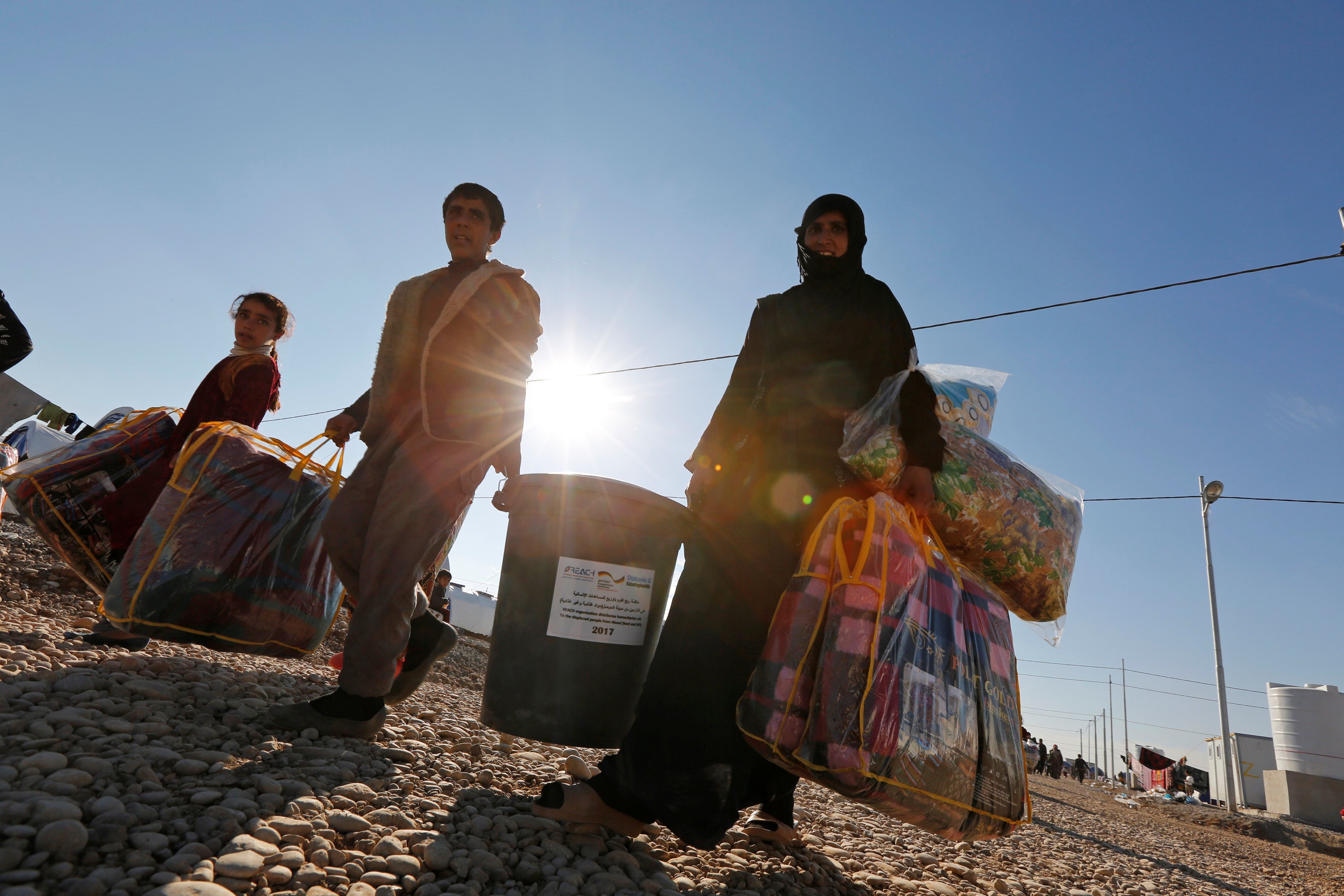 Elite Iraqi forces have driven Islamic State fighters from all districts of eastern Mosul they were tasked with recapturing, their commanding officer said on Wednesday, bringing almost all of the city’s eastern half under government control.

Lieutenant-General Talib Shaghati said the Counter Terrorism Services (CTS), who have spearheaded the three-month-old offensive against Islamic State in the northern Iraqi city, had taken control of the eastern bank of the Tigris river.

Regular army troops were still fighting the ultra-hardline militants in northeast Mosul, however, according to a military statement.

“Today we celebrate … the liberation of the eastern bank in Mosul,” Shaghati told reporters in the city.

He said that capturing the western half of the city, which the jihadists still fully control, would be an easier task. Officers have previously said that the more densely populated west bank could pose additional military challenges.

Bridges across the Tigris river, which bisects Mosul from north to south, have been hit by U.S.-led air strikes intended to impede Islamic State reinforcements joining the fighting in the eastern neighbourhoods, and more recently by the militants trying to block a future westward advance by the military.

If the US-backed campaign is successful it will likely spell the end of the Iraqi side of the ultra-hardline group’s self-styled caliphate, which also extends deep into neighbouring Syria.

The army, special forces and elite police units have operated in tandem to capture different areas of eastern Mosul. The army is mostly deployed in the north, the CTS in the east, and the federal police in the south.

Army units advanced into the northeastern neighbourhoods of Qadiya 2 and al-Arabi, the military statement said.

Prime Minister Haider al-Abadi said late on Tuesday that Islamic State had been severely weakened in the Mosul campaign, and that the military had begun “moving” against it in western Mosul, without elaborating.

More than a dozen missile strikes in the Yarmouk district targeted weapons depots and workshops the militants used to make explosives and destroyed two car bombs stored there, one resident said.

Some raids had killed or wounded civilians, including in the Mosul al-Jadida neighbourhood and an industrial zone, they said.

Reuters could not independently verify the witness accounts.

Murray hands out masterclass to reach third round

Parties irked because Russia left out of talks