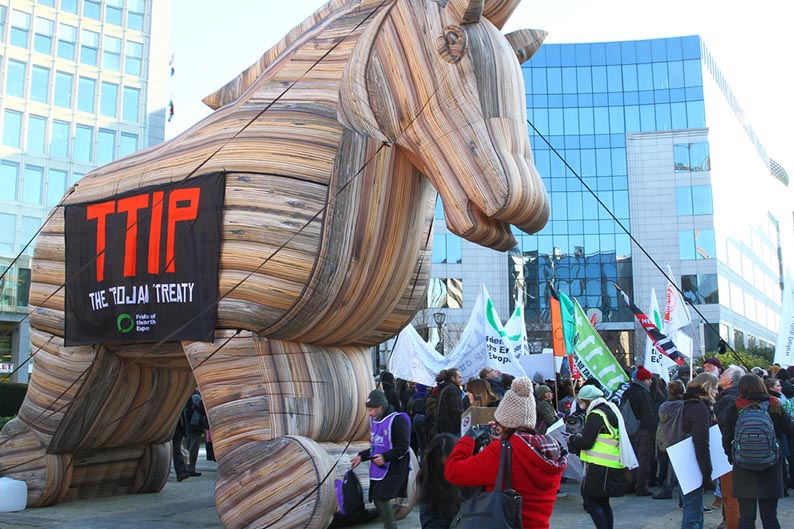 The Animal Party Cyprus said it supports a European-wide campaign to stop the Transatlantic Trade and Investment Partnership (TTIP) and the EU-Canada Comprehensive Economic and Trade Agreement (CETA).

The campaign, which in Germany has seen hundreds of thousands protesting in the streets, calls on EU

governments not to ratify the free-trade agreements and suspend negotiations.

The Animal Party Cyprus said it is against non-transparent negotiations and agreements which undermine and/or do away with health and safety norms and degrade quality of life.

Following years of negotiations, Canada and the EU signed CETA in Brussels on October 30, 2016. The next steps now are approval by the European Parliament in Strasbourg, followed by ratification by the 28 national parliaments of EU member countries and some regional parliaments as well.

TTIP is a proposed trade agreement between the European Union and the United States, with the stated aim of promoting trade and multilateral economic growth. The previous American administration considered TTIP a companion agreement to the Trans-Pacific Partnership (TPP).

This week, US President Donald Trump signed an executive order withdrawing the United States from TPP.

Wikileaks is offering a €100,000 reward for the full text of the agreement, dubbing it “Europe’s most wanted secret.”

According to the website, “The TTIP is a multi-trillion dollar international treaty that is being negotiated in secret between the United States and the European Union. It remains secret almost in its entirety, closely guarded by the negotiators, and only big corporations are given special access to its terms. The TTIP covers half of global GDP and is one of the largest agreements of its kind in history.”

Work to dismantle Larnaca oil installations due to begin