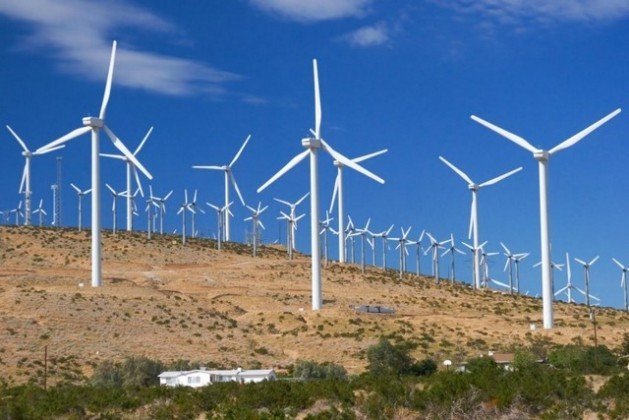 With climate-change skeptic Donald Trump in the White House, some would speculate the timing is not right for developing sources of power not derived from coal or oil. But, far from turning off investment in alternative energy, a fundamental change in electricity generation has occurred to the point that a full reversal of this trend is unlikely. Latin America is leading the way in renewable energy; indeed, one of the biggest proponents is on America’s doorstep – in Mexico

The economic/geopolitical/ uncertainty caused by the election of Donald Trump to the presidency of the United States will also extend to global energy markets.

Given his personal skepticism over climate change, and his vow to pull the United States out of the 2016 Paris climate accord, many investors, world leaders and governments are anxious about the immediate future for renewable energies and for projects to mitigate climate change.

However, declining prices, rapid technological advances and a growing commitment to reducing carbon emissions by governments at federal, state and municipal levels across the world has brought about a re-evaluation of energy investment priorities. There has been such a fundamental change in electricity generation over the past decade that a full reversal seems improbable. In the United States, this has meant a steady stream of new investments in renewables, alongside the shift away from coal as a fuel for generation.

This is a trend replicated across the globe: from Europe to Africa and Asia, renewables are on the rise. However, it is Latin America where renewables look set not only to hold their own, but dramatically expand their hold on the future of energy production.

Much was made of the fact that, in 2016, Costa Rica was able to power its entire electricity grid from renewable sources for more than two months. Impressive as this is, Costa Rica’s is a small economy, with a small population that is blessed with impressive hydroelectric power resources.

But we are also seeing a fundamental shift toward non-hydro renewable investment in many of the bigger economies in the region as well.

Last year’s Ernst and Young Renewable Energy Country Attractiveness Index (RECAI) saw the United States retain the top spot, along with three Latin American countries rounding out the top 10. Chile, fourth on the global list, expects to be able to source 70 percent of its power from renewable source by 2050, with massive solar projects dominating the more than 4.7 gigawatts in renewable power projects already in the planning phase.

Despite its many political and economic problems, Brazil has risen to sixth in the rankings, thanks to continuing investments in wind and solar. After severe drought hit the country’s hydroelectric power generation, Brazil has added nine GW in wind capacity since 2001, and more than 2.5 GW in solar capacity since 2014.

But the brightest start of the bunch lies just south of the United States: Mexico.

Mexico’s star has risen rapidly in recent years, in large part thanks to the two successful renewable energy generation auctions that took place in March and September 2016. These auctions brought in billions of dollars in investment and produced record low prices for power generation. At last year’s Mexico International Renewable Energy Conference, an investor explained to me that Mexico is “the place in the world to invest in renewables,” largely a result of the success of that country’s landmark 2013 energy reform.

And, despite the fact that imports of natural gas from the United States are booming because of new cross-border pipelines and rising demand, Mexico has ample room to grow its renewables sector. That same rising electricity demand means there is the potential for many different fuel sources to power the country, and the regulatory and legal framework is highly conducive to foreign investors. Most importantly, Mexico’s world class solar and wind resources are nicely complemented by low natural gas prices and supplemented by new investments in hydroelectric and geothermal generation.

This is not to say that the path ahead for renewable energy development in Latin America is without challenges.

The social license problem, in which energy projects must receive the consent of local communities before they begin construction, is a thorny one for all major infrastructure and energy projects, and consulting firms that specialize in the issue stand to make a fortune in exchange for their services in the years ahead. Renewable energy projects face stiff competition for investment dollars from other development projects. Significant investments will also need to take place to modernize power grids. Lastly, we should not underestimate the impact of falling fossil fuel prices and the change of attitude toward climate change at the highest levels of government in the United States.

But the pivot to renewables is a sea change in energy policy that appears to be developing into a growing wave in Latin America. As the region’s largest economies begin to realize the potential of their natural endowments, and as they learn from each other’s successful experiments with regulatory and legislative change, the pace of the change will quicken. What we have seen in the Americas to date is simply the beginning of a new era for power production in the New World. Duncan Wood is the director of the Mexico Institute at the Woodrow Wilson Center in Washington DC. He has been engaged in policy debates on Mexico for over 21 years, having worked as the Director of International Relations at the Instituto Tecnológico Autónomo de México (ITAM) between 1996-2012. He is a recipient of the Canadian Governor General’s Visit Award for his contributions to Canada-Mexico relations, a member of the board of several companies and NGOs and works closely with the World Economic Forum on energy and anti-corruption issues.”

Consumer confidence rises for fifth month in a row

The far-off lands of three generations