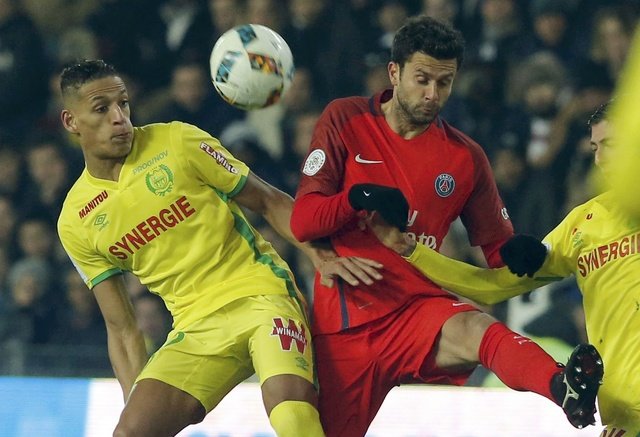 Valentin Eysseric scored a late equaliser for Nice as they battled back from two goals down to salvage a 2-2 draw at Stade Rennes on Sunday but it was not enough to prevent the title hopefuls losing ground on Ligue 1 leaders Monaco.

Eysseric broke past the home side’s defence in the 81st minute and sped away before finishing calmly past Benoit Costil to rescue a point. Substitute Anastasios Donis had halved the deficit in the 59th minute with a sharp finish.

Morgan Amalfitano had fired Rennes ahead against nervy Nice in the seventh minute with a superb chipped effort before Giovanni Sio doubled the hosts’ advantage 14 minutes later after narrowly beating the offside trap.

“At halftime, we told ourselves that nothing is impossible,” Nice coach Lucien Favre told reporters. “We knew that one goal would be enough to get back on track.”

Nice have won only twice in their last eight matches in all competitions and remain third on 53 points, two off second-placed Paris St Germain and five behind leaders Monaco, who thumped Metz 5-0 on Saturday.

“In terms of the table, I’m not worried about other clubs,” Favre added. “I only wish for my team to do the best possible.”

Elsewhere, St Etienne retained fifth spot after thumping bottom club FC Lorient 4-0 at home, while Nantes jumped five places to 12th as two goals inside the first 20 minutes set them up for a 3-2 home win over sixth-placed Marseille.

Sevilla sneak past Las Palmas to stay in title race