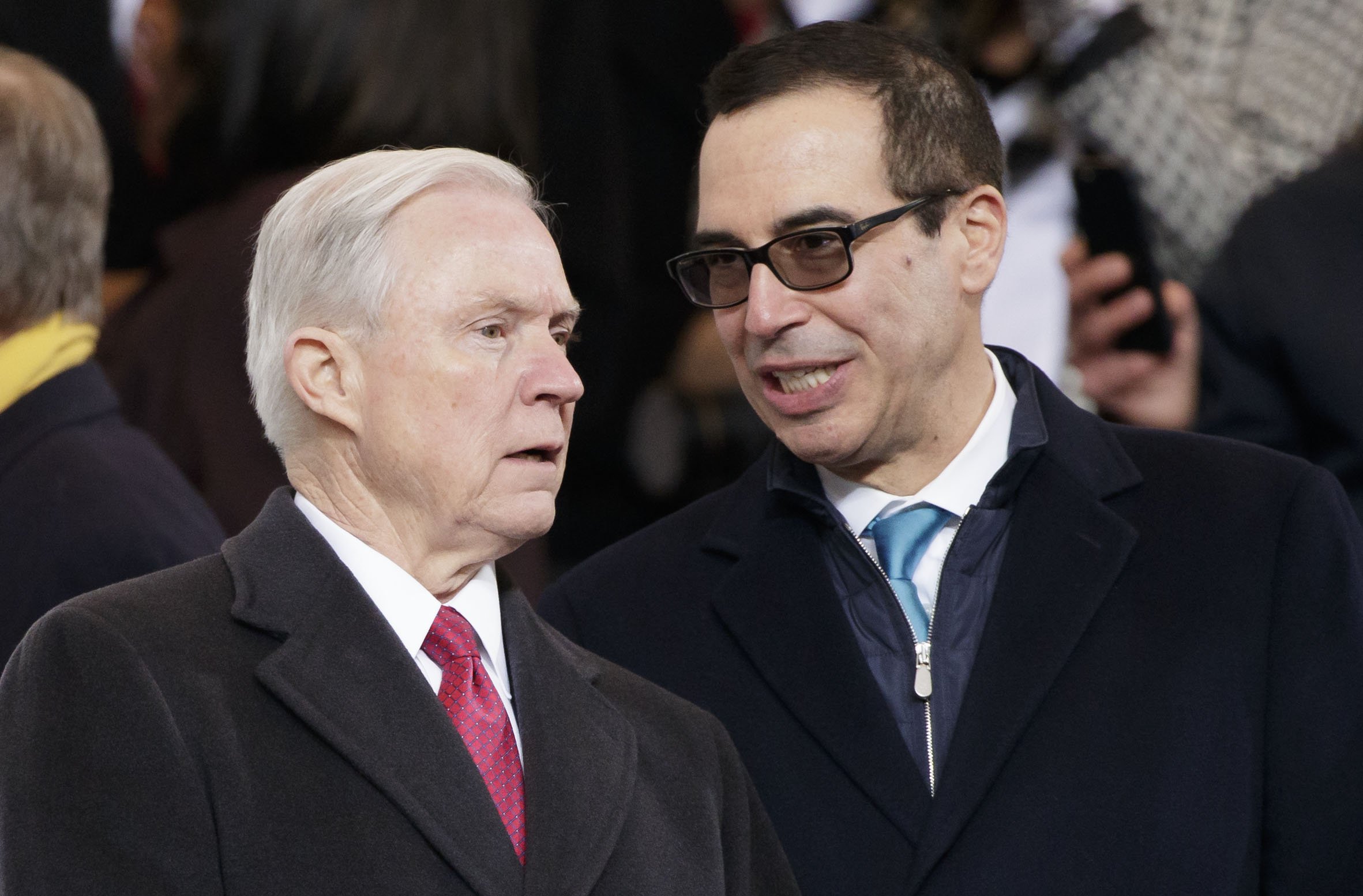 On June 3, 1994, US President William Jefferson Clinton (aka Slick Willie) drafted executive order 12919, rolling into a single document a cluster of prior executive orders specifying what steps the government can take in the event of a ‘national emergency’. This included executive order 11000, signed by none other than John F Kennedy in 1962.

For your edification: “Federal seizure of American People for work forces under Federal supervision, including the splitting up of families if the government so desires.”

Maybe read that back to really take it in.

In 2012 – not that long ago – Mr Hope and Change himself, the ‘progressive’ Barack Obama updated and confirmed that Clinton executive order.

On December 31, 2011 – New Year’s Eve, when the plebs are too drunk to pay attention – Boy Wonder Barry signs into law the National Defence Authorisation Act sanctioning the indefinite detention of US citizens without charge or trial, effectively ending habeas corpus in the United States.

Alarmed by this brazen assault on their civil liberties, Americans pour out into the streets. Demonstrations and riots sweep the nation, mobs threaten the White House, and the National Guard is called in to restore order. No, wait. That never happened. Hardly a peep. How odd.

The indefinite detention provision remains in force to this day. Trump hasn’t repealed it, nor will he. To wit, the boiling frogs’ technique.

Don’t forget Dubya’s ‘Patriot Act’. They’ve all got such highfalutin names, don’t they?

Concerns about presidential overreach are not novel to the American arena: executive orders, presidential decision directives (PDDs) and signing statements.

At no time has such hysteria manifested over the executive orders. But in the turbocharged political climate after Trump’s election, Joe and Josephine Sixpack are suddenly experts and super-interested in politics.

A recent Rasmussen poll found that 40 per cent of likely US voters think the election has negatively affected their personal relationship with a friend or family member. Y’all need to calm down.

As I write this, the 9th Circuit in the US has just upheld a stay on Trump’s 90-day freeze on the entry of foreign nationals from seven Muslim-majority countries.

Great: a demonstration that the system of checks and balances in the US still works. No president is king, and the judiciary can at least slow down, if not stop, the executive.

And this from someone who isn’t opposed to the so-called ‘Muslim ban.’ Indifferent, more like it. No doubt the whole move was poorly crafted and rolled out.

Yet questioning a state’s right in principle to protect its borders and control immigration is, frankly, beyond the pale – but that’s what you get in today’s topsy-turvy world, where ‘open borders’ and ‘diversity’ are diktats, ends unto themselves.

In previous cogitations, I said I’d call Trump out if he messed up. Both soft and hard supporters should hold his feet to the fire.

While most Trump detractors prattle on about nonsense, stoked by the click-baiting MSM, more serious matters go largely unnoticed.

News flash: The Donald has done nothing against women or the LGBTQ community. I said ‘done’. But don’t let the facts get in the way of a good story.

The guy is a billionaire from New York. Think about that. Chances are he doesn’t give a toot about gender or religion. Alas, the triggered types, the identitarians and kumbaya-singing SJWs with their pink glasses will harp on about these wedge issues.

You’ve got to chuckle when the professional Left brands White House chief strategist Steve Bannon an anti-Semite when Breitbart News, which Bannon headed, is so pro-Israel it makes the Jerusalem Post sound like Haaretz. I stole that line, by the way.

“But Trump keeps tweeting, instead of doing his job. It’s un-presidential.” Please.

Like him or not, Trump has probably got more work done in a few weeks than in the eight years of the Obama regime. Just a couple of days into office, he rerouted the Dakota Access Pipeline. Sorted. The empty suit called Obama had twiddled his thumbs for months, issued a lame statement, then went golfing as the pipeline protesters were being beaten silly by the cops.

The TPP? Gone, as promised. But don’t bet on Trump being anti-establishment, as some of us had half-hoped for a fleeting moment. His dislike of ‘free trade’ deals isn’t borne out of aversion to globalism; rather, as a businessman he feels they are bad deals for the US. Still, we’ll take that as a win.

Donald should be good for the economy and jobs, not because he’s a magician but because he’ll get government out of the way of business. I’m going out on a limb here and predicting that some of you who cry yourselves to sleep over the immigrants (no you don’t) will become fans by 2020.

But this is no Trump puff-up. In fact, the auguries are not good.

Government Sachs – sorry, Goldman Sachs – has its tentacles all over the Trump administration, not least via Steven Mnuchin, a former partner at the bank and now the Treasury Secretary, with fellow GS people holding key positions in government.

Two Republican politicians have reintroduced legislation to ‘Audit the Fed’, after a similar effort stalled in the last Congress.

It remains to be seen if the bill will pass Congress, and whether Trump will sign it. I wouldn’t hold my breath.

There’s been little movement on Trump’s campaign pledge to restore the Glass Steagall Act. When asked, an administration spokesman was vague and non-committal.

Drain the swamp? I think not.

While folks got all twisted into pretzels over Attorney General Jeff Sessions’ alleged white supremacist pedigree, less attention was paid to Sessions being a supporter of mass government surveillance.

Sessions has vowed to mandate encryption backdoors for “national security”.

It gets worse. Erik Prince, the founder of Blackwater, has re-emerged from the shadows and is said to have finagled his way to becoming an unofficial advisor to Trump.

Prince is now advocating for a rebirth of the infamous ‘Phoenix Program’ to target the ISIS terrorists the US created.

Talk of ‘safe zones’ in Syria (code for no fly zones) is especially worrying, and disappointing, given Trump’s campaign rhetoric of working with Russia in that embattled country.

The neo-con Elliott Abrams, who was not only involved in creating the second Iraq War but in the Iran-Contra affair as well, was tapped for the No.2 State Department job. Thankfully, Trump changed his mind at the last minute.

Regardless, with neo-cons now having Trump’s ear, the pro-Israel and interventionist policy in the Middle East is likely as entrenched as ever. Big points deducted. Ditto for Trump’s comment that he is OK with torturing captives.

And Iran has replaced Russia as the new bogeyman.

Trump’s foreign policy is a puzzle. But a big clue might be recent articles penned by Zbigniew Brzezinski and Henry Kissinger, conceding the US has lost its global hegemony and arguing for a global realignment, where the main geopolitical rivals of America – Russia and China – are made to work towards US interests.

It’s a paradigm shift that can’t be understated – a recalibration of Mackinder’s ‘Eurasian Heartland’ theory.

The anti-Trump bloc and their media surrogates in the US and elsewhere need to get their act together. Having devolved into sore-loser Trump-haters, they’ve lost all credibility. Keep it up, and no one will pay any heed whenever government does get out of line.

The legality of indoctrination and propaganda in schools