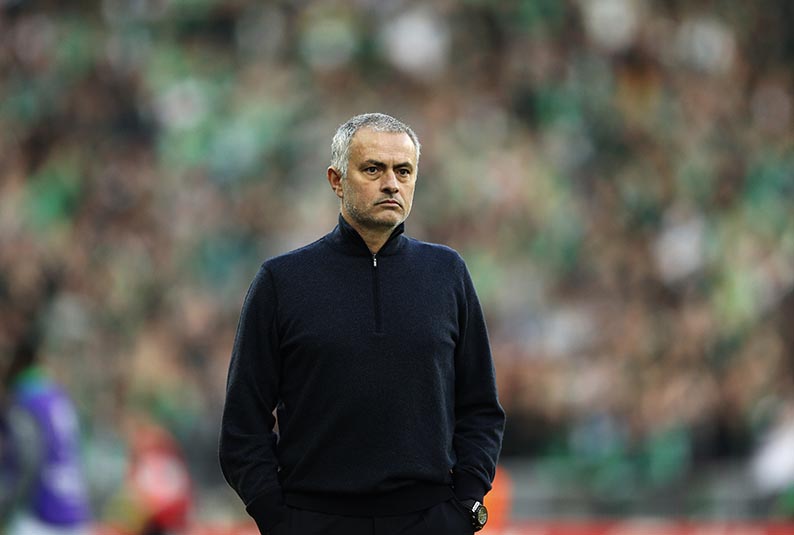 FOR Manchester United fans of a certain age the name Bobby Stokes will still induce cold sweats as their team prepare for today’s League Cup final against Southampton at Wembley.

With United boss Jose Mourinho enjoying such an affinity with the competition that launched his English trophy collection, United will be favourites against their Premier League rivals.

But that’s what they were in the 1976 FA Cup final when Southampton, then a second-tier club, stunned them with a 1-0 victory secured by Stokes in the 83rd minute.

Stokes, who died aged 44 in 1995, is still a cult hero at the south-coast club whose highlights since have been defeats in the 1979 League Cup and 2003 FA Cup finals.

While Saints manager Claude Puel can gild his first season in the job with an unexpected trophy, the stakes are higher for Mourinho as he tries to make his mark at a club where silverware is a basic requirement.

The unpopular Louis van Gaal managed it last season, steering United to an FA Cup success before making way for Mourinho, who won the League Cup for the third time in 2014-15 during his second spell in charge of Chelsea.

A victory would bring Mourinho level with his United predecessor Alex Ferguson and Brian Clough, who jointly hold the record as the most successful managers in League Cup history.

While that would be a noteworthy achievement, the wider significance would be a first meaningful trophy for Mourinho at United, although his side did win the Community Shield curtain-raiser against Leicester City back in August.

The League Cup final win over Liverpool in 2005 got the Portuguese rolling at Chelsea, months after he arrived in England describing himself as the “Special One”.

It was a pivotal moment that sparked a blistering run of form that took Chelsea to the Premier League title — a feat they repeated a year later. Mourinho also took the club to an FA Cup/League Cup double in 2006-07 before leaving months later.

While United are too far back this season to be serious title contenders, barring an implosion by Chelsea, their form is impressive and victory today could be a launchpad to secure a top-four finish and a return to the Champions League.

At present they are sixth, but have crept up and are just two points below fourth-placed Arsenal.

United’s preparations have not been helped, however, by the distraction of their Europa league engagement with St Etienne who they saw off 4-0 on aggregate on Wednesday.

A 1-0 victory in France came at a price as Henrikh Mkhitaryan and Michael Carrick were both injured and have been ruled out against Southampton.

The build-up to the game has also been hijacked by speculation that Wayne Rooney could be leaving for China.

While United have been busy making progress to the last 16 of the Europa League and FA Cup quarter-finals, Southampton have been able to focus entirely on Wembley since a 4-0 win over Sunderland in the Premier League on February 11.

Their league form has been patchy, but Puel’s team have come alive in the League Cup, beating four top-flight teams — including Arsenal and Liverpool — without conceding a goal.

“If you look at the teams we’ve beaten on the way to the final, there’s no reason why we can’t do that when we face Man United,” he said. “We’ve got huge respect for Man United but there’s nothing to fear.”