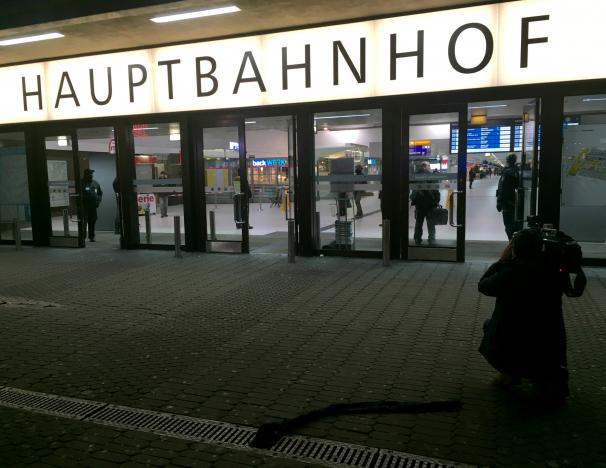 A cameraman films the entrance of the Duesseldorf main train station March 9, 2017 after a man attacked several people at the train station

German police said on Friday they believed an axe-wielding man who injured nine people, some of them seriously, at Duesseldorf’s central train station was mentally ill.

The 36-year-old male suspect, who is from Kosovo and lives in the western German city of Wuppertal, fled the station after Thursday’s attack and then jumped off a nearby bridge, seriously injuring himself. He has been arrested and is in hospital.

Police said they believed he acted alone. They said the seriously injured victims were in a stable condition.

A police spokesman said late on Thursday that police were not describing the attack as a “rampage” or “terror”.