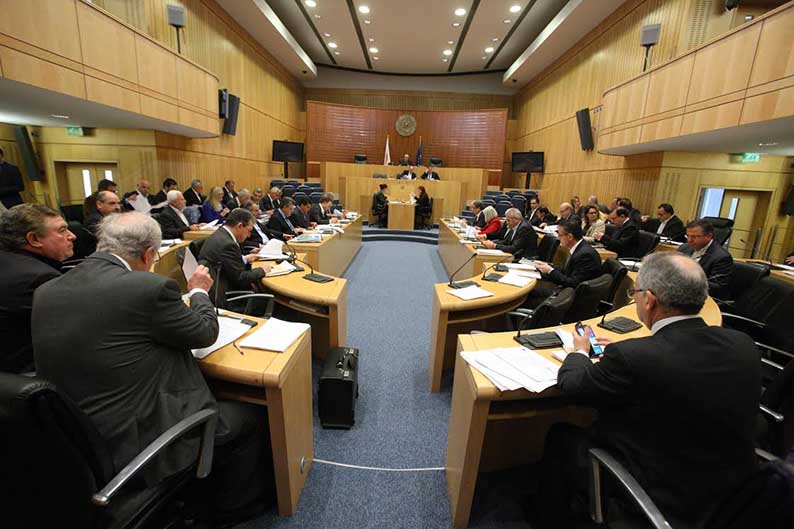 MPs’ assistants should not be paid directly by the state but from the parties that employ them, auditor-general Odysseas Michaelides has told the House general secretary in a letter.

According to local daily Politis, Michaelides’ letter, dated March 1, refers to earlier communication the Audit Service has had with parliament, in which the auditor-general first raised the issue.

Michaelides said that, per a legal opinion by attorney-general Costas Clerides last July, the salaries of 101 parliamentary assistants – allowed to each deputy for clerical and administrative purposes – should not be paid directly by the state but by the parties that employ them.

In the letter, Michaelides also pointed out that the “parliament’s budget wrongly includes an item for the salaries of parliamentary assistants, which do not concern parliament”.

The House general secretary has not yet replied to the letter.

As a result of the above, Michaelides recommended that the law on political parties is amended, so that the money directed for parliamentary assistants goes to the parties, with which they should pay their employees.

Although the state has no business monitoring the level of salary and terms of employment, Michaelides noted, the Audit Service should be able to monitor that the people listed as parliamentary assistants are receiving pay as such, and that all required employment contributions are being paid.

The increase in the number of parliamentary assistants from 69 to 101 in 2016 has inevitably impacted the parties’ funding.

Parliament’s budget for 2015 provided for less than €7 million to be distributed among the parties, while the sum exceeded €10 million the following year.

The difference reflected additional funding of €2.5 million in 2016 due to the legislative elections, as well as an increase of over €700,000 in the money earmarked for the payment of parliamentary assistants’ salaries, with a further increase budgeted for in 2017.

Eight parliamentary parties have 98 assistants allocated to them (Disy 28, Akel 26, Diko 16, Edek, Citizens’ Alliance, and Solidarity 6 each, the Greens and Elam 5 each), with each of the three religious representatives allocated one assistant.

Disy and Akel have more assistants in the new parliament, following the May 2016 legislative elections, than they did before, even though they lost two and three seats, respectively.

Diko saw an increase in parliamentary assistants from 10 to 16 on a one-seat increase in MPs.