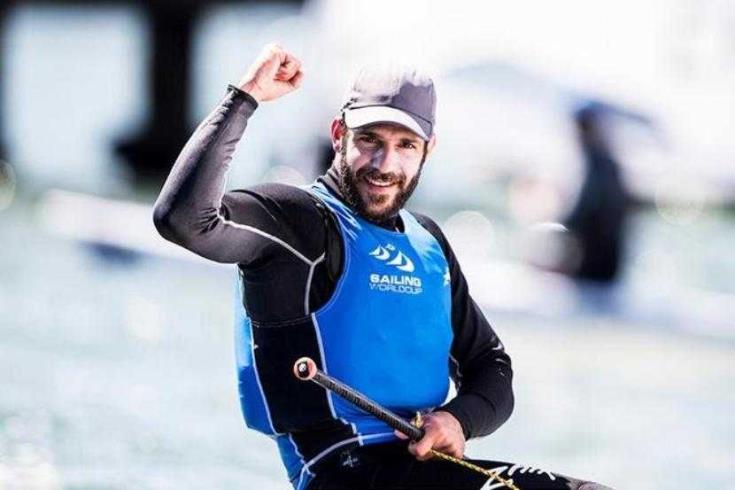 It was a case of déjà vu on the final day of racing at Sailing’s World Cup Series in Hyères, France as Cypriot Laser sailor Pavlos Kontides once again stole gold from underneath the nose of his rival.

On the second day of live Medal Racing from the south coast of France, it was the turn of the One and Two Person Dinghies to have their day. And the action didn’t disappoint.

A colder, overcast day with a steady 8-12 knot breeze did nothing to dampen the spirits of the final few lucky World Cup Series medallists.

Pavlos Kontides (CYP) must have been sitting on the start line of the Laser Medal Race thinking, ‘I’ve been here before’.

At the 2016 World Cup Final in Melbourne, Kontides went in to the final race in second overall fighting for a gold against Australia’s Matt Wearn. He won that battle and the gold. This time around, the job at hand was the same, the only difference was Italy’s Francesco Marrai was now in his way. The result? Well that was the same, gold for Kontides.

The Cypriot may walk away from Hyères, France with the Laser title, but it couldn’t have been closer. Kontides and Marrai finish the regatta level on 63 points. In the end it came down to the Medal Race result, and Kontides knew this, “It was a battle out there and I was in second or third. Francesco managed to pull himself back up to fifth but I knew my current position would give me the win. I got overtaken but then got my position back in the downwind and that got me the gold. It was close racing.”

The battle commenced at the start, as Kontides explained, “I wanted to start under Francesco, even though I wasn’t sure if the right side was paying. About a minute in I managed to get my bow in front, he started to pick up some bad wind and had to tack. From that point, it was game on.”

Game on it certainly was. Rio 2016 Olympic gold medallist Tom Burton (AUS) would go on to claim victory in the Medal Race, but Kontides claims Hyères gold.

The man that Kontides battled in Melbourne, Matt Wearn, had to settle for bronze medal and secured it with a sixth place final race finish.

Bottas wins in Russia for his first F1 victory