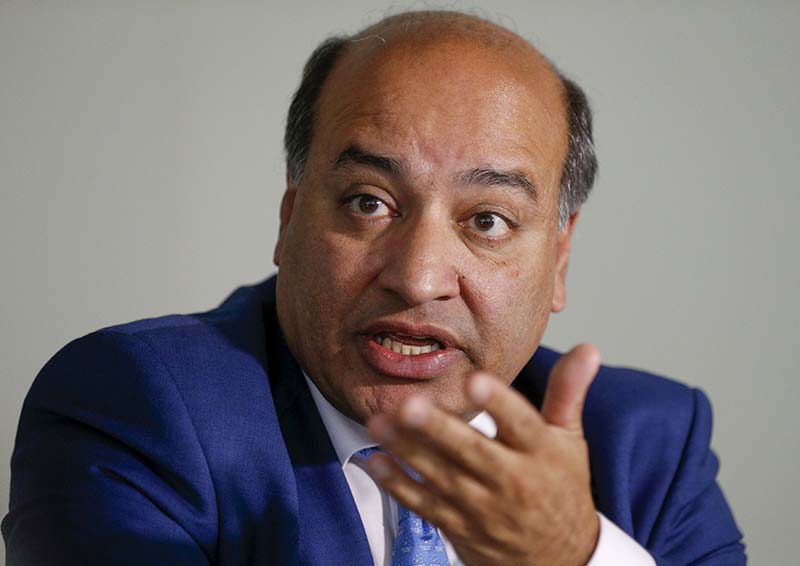 ONE OF the arguments often used to frighten people off reunification is the economic cost of settlement. Rejectionist politicians resorted to it on countless occasions when the talks appeared to be going well, while newspapers have carried scare stories claiming that a solution would bankrupt the country and make another assistance programme necessary. It is nothing less than we should expect from people that deal in scare-mongering and negativity even when big opportunities are staring them in the face.

On Friday one of the exponents of this philosophy, Diko chief and presidential candidate, Nicholas Papadopoulos was complaining on a morning radio show about the failure of the government to “attract big and substantive investment.” He acknowledged the citizenship for investment scheme had worked but asked, “what other investments came to Cyprus apart from the purchase of some hotels in order for debts to be paid off?” This worried the candidate because Cyprus was “not a serious investment destination.”

The incentives for attractive investment were not adequate claimed Papadopoulos although he did not bother informing the audience what he incentives he would give to make Cyprus “a serious investment destination.” It is the same disingenuous argument he uses for his Cyprus problem rhetoric. In the same way his “new strategy”, which he has never bothered explaining, would lead to the perfect solution, his incentives that he has not shared with us would “attract big and substantive investment.”

Papadopoulos has never considered that there might not be many big investment opportunities. This, after all, is a tiny country with a small market and a limited amount of big projects that could be undertaken. As we had written a few weeks ago, we would have to be happy with annual growth rates of between two and three per cent in current economic conditions, which include record tourist arrivals. Paradoxically, the only thing that could change this and “attract big and substantive investment” is a Cyprus settlement that Papadopoulos is determined to avert at all costs.

We were reminded once again of the economic potential that would be unlocked by re-unification during last week’s annual meeting of the EBRD (European Bank of Reconstruction and Development) that was held in Nicosia. After a meeting with representatives of the IMF, the European Commission, the World Bank and the European Investment Bank and the UN, the president of the EBRD, Suma Chakrabarti said: “What was very clear from the discussion was actually that the economic dividend from reunification was very strong and far better than the status quo. That is a message I think it is quite important to put out there.” Chakrabarti, who also spoke about the “huge economic potential related to reunification,” said that international organisations were ready to provide all the support needed.

Disappointing as this may sound to Papadopoulos, only after a settlement would there be big investment in Cyprus. The re-building of Famagusta alone would give a major boost to the economy, bringing in big amounts of money and creating thousands of new jobs, not to mention the potential of the energy sector, which would take off in conditions of peace and stability in which co-operation replaced confrontation with Turkey.

Speaking to the Business Mail, last month, Barret Kupelian, a London-based Cypriot economist said: “Any sensible analysis of the net economic benefits of the status quo should always be compared to the counter-factual of a sensible solution to the Cyprus problem being struck. Every single, credible academic study shows that the economics of co-operation trump the economics of confrontation.”

In Cyprus, politicians not only refuse to accept this point, but they are also under the illusion that they could pursue the rhetoric of confrontation, publicly protest about Turkey’s threats regarding hydrocarbons, urge a tough line and at the same time make the country a “serious investment destination.” If in July there was an incident in the sea off Cyprus, as some of our politicians have been predicting, what would be the impact on tourism and the economy? How many oil companies would be prepared to invest hundreds of millions in drilling operations in unstable conditions?

Nobody seems in the slightest bit concerned about these dangers or see a link between the uncertainty of our situation and the disappointing levels of investment. Our politicians, including the president it now seems, want to maintain the status quo, with all the uncertainty and instability that entails, while at the same time attracting big and substantive investment. They cannot see that these do not really go together.

Coffeeshop: All hail the born-again rejectionist

Gesy up against ‘unholy alliance’