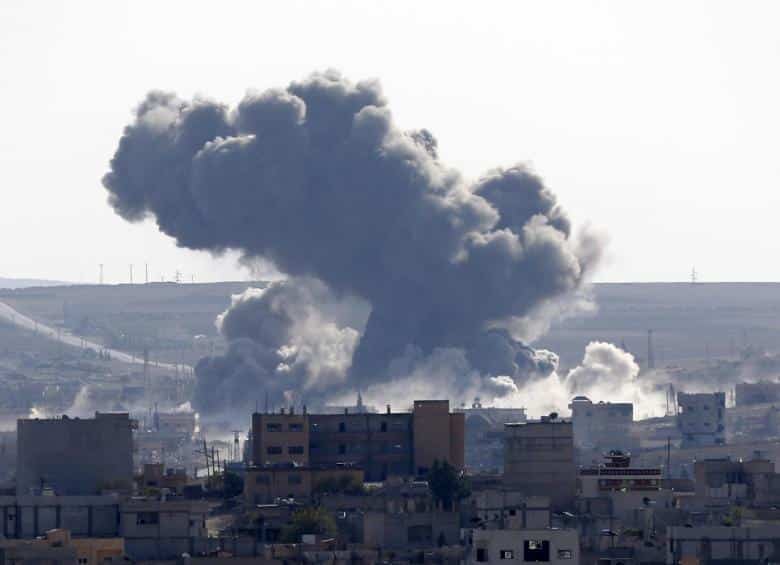 An air strike on Thursday evening killed at least 35 civilians, including family members of Islamic State fighters, in al-Mayadin, a town held by the jihadists near Deir al-Zor in eastern Syria, a war monitor reported.

A spokesman for the US-led coalition fighting Islamic State told Reuters that its forces had conducted strikes near al-Mayadin on May 25 and 26 and were assessing the results.

Residents saw reconnaissance aircraft and warplanes circling the city at 7:25 pm (1625 GMT) before they fired missiles which struck two buildings, one of which was a four-storey block housing Syrian and Moroccan families of Islamic State fighters.

Islamic State is losing ground in both Syria and Iraq under assault from an array of sometimes rival forces in both countries. Many of its fighters who have retreated from other fronts are massing in Syria‘s Euphrates basin area.

The US-led coalition says it is careful to avoid civilian casualties in air strikes and investigates any that are reported to have taken place.