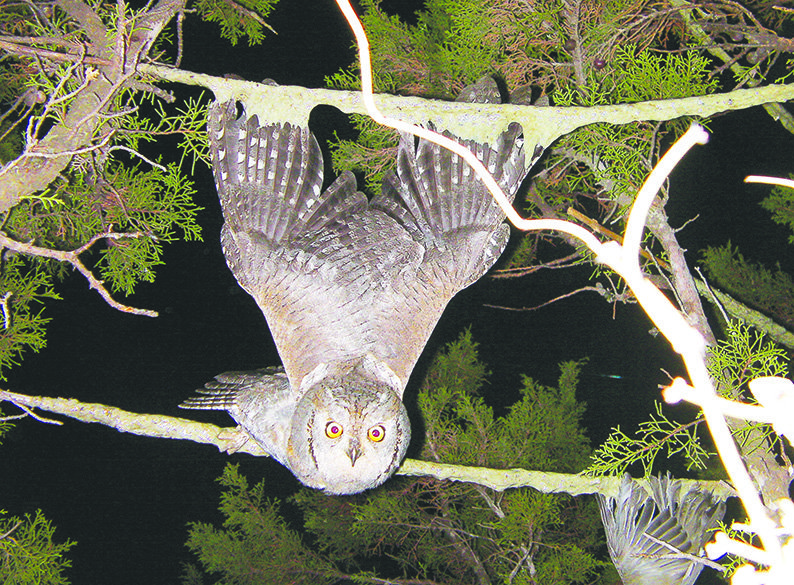 file photo: an owl trapped on a limestick

THE House voted 37 to four for a controversial government bill on the protection of wild birds and game during its plenum on Friday.

The government says the new laws will tackle poaching and protect the songbirds that are hunted and eaten as a delicacy, but critics say they effectively decriminalise hunting with limesticks – branches covered in sap that the birds stick to.

During discussion at the House, it was argued that the bill raises fines to be levied on poachers six-fold, and removes them from the courts by introducing on-the-spot penalties.

One contentious provision, introduced as an amendment by Solidarity deputy Michalis Yiorgallas, distinguishes between bird-trapping with limesticks and mist nets, imposing lighter fines for the sticks.

Before voting the bill through, deputies approved two amendments, one from main opposition party Akel calling for a half-yearly briefing of the House Environment committee on the application of the law, and another from the Green party striking a provision in the bill allowing for a warning instead of a fine if the offender is found to have committed an offence accidentally.

According to Disy MP Kyriacos Hadjiyiannis, lime-sticks are a legal means of protection of grape vines against birds that damage them.

The new law includes harsh penalties for offenders, including fines up to €20,000, imprisonment up to three years, or both.

The government bill came in response to criticism from the European Commission with regard to the Cyprus government’s willingness to address poaching, in particular of migratory songbirds in the Famagusta and Larnaca regions.

Poachers in these areas routinely use limesticks, mist nets and special whistles to attract songbirds and trap them.

Activists protesting the practice of mass bird trapping and calling for a complete ban on songbird hunting often cite the indiscriminate and cruel nature of the methods employed to kill the birds.

The bill allows individuals with a hunting licence to take small quantities of game they hunted themselves to restaurants, provided it has been pre-cooked, for consumption at the establishments.

Per this clause, the restaurant’s manager is obliged to take all required measures to protect public health by ensuring the game does not come in contact with the food served by the establishment.

Explaining that lime-sticks remain an illegal method of hunting songbirds, committee chairman Adamos Adamou said they are now in a different category to mist-nets.

The fine for lime-stick hunting has been set at 1 per cent of the €20,000 maximum, Adamou said, but if the European Commission deems it necessary the committee will bring it back up to 10 per cent.

Responding to another criticism, that Game Fund officers will face difficulty implementing the law for fear of their personal safety, Adamou said the officers will not impose fines but merely inform police, who will then undertake investigation.

He added that the law is one of the strictest in the European Union, and said that, in examining such a broad-scoped bill, to focus on the three-per-cent that relates to songbirds.