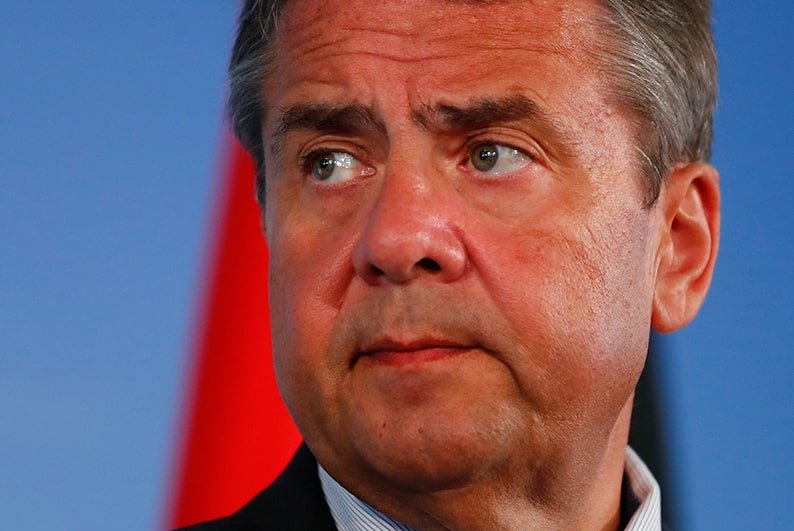 Germany sought on Saturday to reassure the country’s three million people of Turkish descent it would stand by them as a political row with Ankara escalates, saying they were not the target of changes to government policy on Turkey.

In a letter published in German and Turkish on Saturday in daily newspaper Bild, Foreign Minister Sigmar Gabriel said Germany had no quarrel with Turkish people in either country but could not stand by as “innocent” German citizens were jailed.

“However difficult the political relations between Germany and Turkey, one thing is clear: you, people of Turkish roots in Germany belong here with us, whether you have a German passport or not,” Gabriel wrote in Saturday’s open letter.

He said Germany would review cooperation and especially economic aid for the fellow NATO member and campaign for Europe to take a clear position on Ankara.

Bilateral tensions were already high prior to the activists’ arrests after recriminations during a referendum in April on extending the powers of President Tayyip Erdogan and a pullout of German troops from a Turkish air base that began this month.

The arrests are part of a sweeping crackdown across Turkish society since a failed coup against Erdogan last year.

German officials are also increasingly concerned at what they say is large-scale covert activity by Ankara’s security services among Germany’s Turkish diaspora.

On Friday, Germany’s head of domestic intelligence said Turkish agencies were carrying out influence operations in Germany, including targeting opponents of Erdogan.

Germany has warned citizens who travel to Turkey that they do so at their own risk and on Saturday the radical Left party urged the government to stop deportations to Turkey in view of the arrest of government opponents.

“If the German Foreign Ministry warns against going on holiday in Turkey, then there needs to be an end to deportations of Turkish citizens,” party co-leader Bernd Riexinger told Die Welt newspaper.

At the end of May, 6,514 Turkish citizens – criminals and rejected asylum seekers – were required to leave Germany, Die Welt said.

A spokesman for the Interior Ministry said 23.2 percent of Turks applying for asylum were granted some kind of protection in the first half of 2017, up from 8.2 percent last year.

Anton Boerner, the head of Germany’s BGA trade association, said the Turkish people were the biggest losers in the row, with tourism in Turkey and new investments at risk.

Akel to enter talks with Malas for candidacy