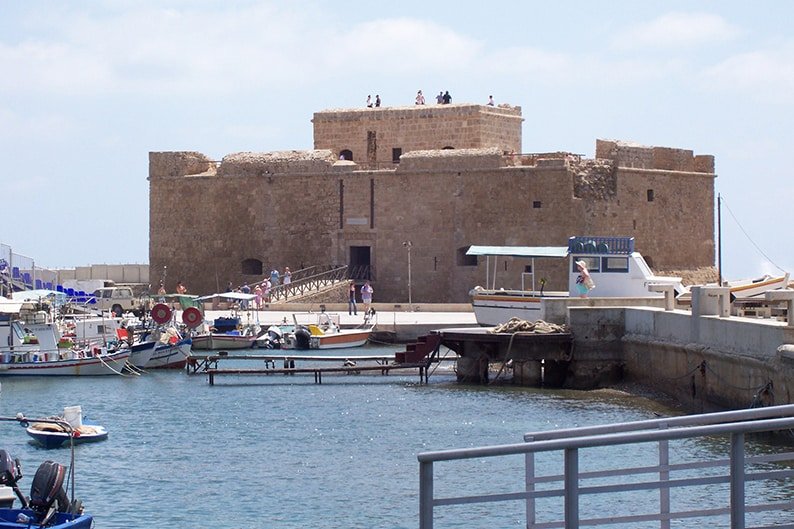 The bar was a Paphos institution

LIKE those in all Cypriot resorts, hotels in Paphos say they are experiencing the busiest tourist season ever, and for the first six months of the year, visitor numbers have broken all previous records.

Owner, and head of the Paphos hoteliers, Euripides Loizides told the Sunday Mail: “We are having an extraordinarily busy tourist season, and in the 26 years that I have owned a hotel, this is our best season ever.”

On Monday Cystat, the Cyprus Statistical Service announced on their website that for the period of January–June 2017, arrivals totalled 1,463,206 compared to 1,255,240 in the corresponding period of 2016, recording an increase of 16.6 per cent.

This exceeds last year’s figures which were also record-breaking.

Loizides said that pre- bookings at his hotel The Mayfair are up by around 20 per cent year-on-year. “More people are pre- booking which is what we want and everything is indicating that things for the entire year are really good.”

Tourist arrivals from the UK increased by 1.2 per cent in June, year on year, said Cystat, while an increase of 2.1 per cent was recorded in tourists from Russia. Increases were also recorded from Israel (88.7 per cent) and Sweden (25.4 per cent). However, there was a decrease of 27.5 per cent in arrivals from Ukraine.

Loizides said that he believes that the increase is down to a number of issues. “Our neighbours such as Turkey, Egypt, Asia and Tunisia are having problems and also the cultural capital title has created a greater awareness of Paphos and Cyprus,” he said.

The Thanos Hotels group, a luxury hotel specialist that owns and manages the Anassa, Almyra, and Annabelle hotels and recently acquired a fourth Paphos hotel, the Aloe which is about to undergo a major revamp and scheduled to open in spring 2019, also noted a considerable increase in guest numbers.

According to Panayiotis Kyprianou. Business Development Manager at Thanos Hotels, there is a marked increase in the number of guest bookings for the summer.

“This is the busiest season we have ever had, around a 15 per cent growth for the Thanos hotels group,” he said. Kyprianou noted that guests are mainly British, German Russian, and Israeli and from other European nations. He said that the hotel group also expect 2018 to be a busy year.

“Flight and bed capacity on the island is increasing so we predict a similar year and already pre-bookings for 2018 from the UK are ahead of this year’s figures,” he said.

Paphos mayor Phedonas Phedonos said that the numbers ‘speak for themselves’ and that this is due to the fact that Paphos has a good tourist product and is more accessible with the introduction of new flights such as those from Israel and Germany.

“As we are the European capital of culture, many people we have spoken to are showing a preference for Paphos to combine their holidays and the important cultural events that we have happening in our city this year,” he said.

He added that the municipality is trying to increase flights at Paphos airport and that the main reason that flights connecting Paphos with Israel commenced, is the recent twinning with Herzliya in Israel.

There is also a possibility that further flights connecting Paphos to several new destinations may soon become a reality, he added.

The mayor noted that the aim for the future of Paphos is as a high-quality destination, with excellent infrastructure and amenities, a high-level environment and top quality cultural events. Security is also an important factor, and presenting the most attractive picture of the city and the region as possible.

Nasos Hadjigeorgiou, head of the Paphos regional board of tourism noted that better air connections greatly contributed to the increase in numbers and that a further increase in flight destinations will help the region to achieve its strategic goal to be fully operational all year round.

“Seasonality has decreased during the last three years and we are still working on it,” he said.

He added that competitive prices offered by hoteliers along with a more aggressive approach to promotion by the Paphos regional board of tourism and the CTO, as well as the closure of some neighbouring resorts abroad has also helped towards the increase in numbers.

However, he issued a note of caution.

“The increase in tourist numbers is welcome, but much of the increase in Paphos is in the all- inclusive sector, which is not necessarily a good thing.”

He stressed the need to balance the market with all-inclusive and individual travellers, as well as the customer mix.

“We also need to enrich all of the segments such as, sports tourism, short breaks and long stays,” he said.

Loizides said that around 70 per cent of his customers are British, the rest are made up of Russians, Germans, Danish, Dutch and Cypriots.

“We have more Cypriots booking for around August 15th, the national holiday,” he said.

According to Cystat, the United Kingdom and Russia constituted the main sources of tourism for Cyprus for June 2017, 31.9 per cent and 27.5 per cent respectively, while arrivals from Israel comprised 5.9 per cent and from Sweden 4.5 per cent of total arrivals.

Loizides said that industry professionals can see that momentum is being created, so they are expecting that 2018 will be a good season as well.

However, no-one is sure about 2019 and many are worried that Brexit may cause fall out which will affect tourism, he said.

“Many people, including tour operators are worried about the uncertainty of Brexit, what the repercussions may be, how the exchange rate will be affected and so on. But we will just have to wait and see,” he said.

Christodoulides calls on Eide to reflect on UN’s role