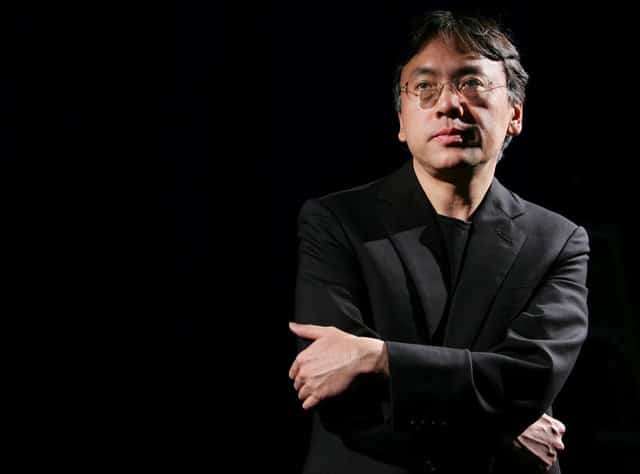 Kazuo Ishiguro, the British author of “The Remains of the Day”, won the Nobel Prize for Literature on Thursday for a run of “exquisite” novels that the Swedish Academy said mixed Franz Kafka with Jane Austen.

The writer said winning the award was “flabbergastingly flattering”. He told the BBC he first heard about it in the media – and his wife had rushed home from the hairdressers after seeing it on her phone.

“It comes at a time when the world is uncertain about its values, its leadership and its safety. I just hope that my receiving this huge honour will, even in a small way, encourage the forces for good,” he told reporters at his house in north London.

The award of the 9-million-crown ($1.1-million) prize marks a return to a more mainstream interpretation of literature a year after it went to singer-songwriter Bob Dylan.

Ishiguro is the first Briton to win the world’s most prestigious literary award in a decade, since Doris Lessing’s recognition in 2007.

The 62-year-old who was born in Japan and raised in Britain. His best-known work, “The Remains of the Day”, won the 1989 Man Booker Prize and became an Oscar-nominated movie starring Anthony Hopkins as a fastidious and repressed butler in postwar Britain.

“He is an exquisite novelist. I would say if you mix Jane Austen and Franz Kafka you get Ishiguro in a nutshell,” Sara Danius, permanent secretary of the Swedish Academy, told Reuters.

The Academy hailed Ishiguro’s ability to reveal “the abyss beneath our illusory sense of connection with the world … in novels of great emotional force” that touch on memory, time and self-delusion.

“What I’m interested in is not the actual fact that my characters have done things they later regret. I’m interested in how they come to terms with it,” he told the New York Times after “The Remains of the Day” was published.

Ishiguro has waded into politics during his career, calling a rise in hostility towards immigrants after the British voted to leave the European Union “a fight over the very soul of Britain”.

“Never has there been a better opportunity, at least not since the 1930s, of pushing … xenophobia into neo-Nazi racism,” he wrote in the Financial Times last year, urging “a sharply divided, bewildered, anxious, leaderless nation” to unite around its “essentially decent heart”.

Ishiguro’s latest novel, “The Buried Giant”, in which an elderly couple go on a road trip through an Arthurian England populated by ogres and dragons, “explores … how memory relates to oblivion, history to the present, and fantasy to reality,” the Academy said.

The prize is named after dynamite inventor Alfred Nobel and has been awarded since 1901 for achievements in science, literature and peace in accordance with his will.

Retired Heynckes says close to taking over at crisis-hit Bayern

Cypriots will be able to vote abroad