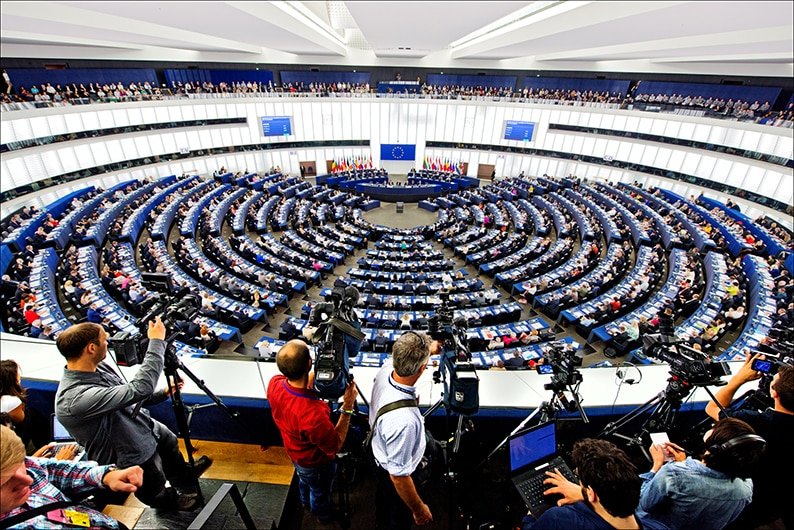 THREE days after Interpol dismissed for the fifth time a Russian arrest warrant against Hermitage Capital founder Bill Browder, a group of European Parliament deputies urged Cyprus, the single EU state cooperating with Russia on the matter, to reconsider its cooperation and to instead clamp down on illicit Russian funds.

“We write to you with grave concern about the role that corrupt Russian government officials are playing in Cyprus in relation to the laundering of massive criminal schemes coming from Russia,” the 17 MEPs said in a joint letter to President Nicos Anastasiades dated October 26. “We are equally concerned that while Cyprus is neglecting its duties under the European directives to combat money laundering, the Cypriot government is actively assisting the Russian government in furthering human rights violations through assistance with politically motivated prosecutions, in contravention of its obligations under European conventions”.

The European lawmakers told Anastasiades, who completed a three-day working visit in Moscow on Tuesday and held talks with Russian President Vladimir Putin, that they were “surprised and disheartened” over the island’s lack of action in investigating a tax theft exposed by lawyer Sergei Magnitsky nine years ago, “despite millions of dollars of those proceeds having been laundered through Cyprus”.

“Cyprus has not prosecuted those involved in the $230m (€198m) fraud and money laundering despite the evidence of them holding assets in Cyprus,” the MEPs said. “Cyprus has stalled or significantly delayed mutual legal assistance to other EU countries which have been conducting investigations into the $230 million money laundering, most significantly France where it took two years for Cyprus to respond”.

“Finally, at the same time as Cyprus is neglecting its obligations to investigate this crime and money laundering, Cyprus has been actively assisting the Russian government in politically motivated proceedings against Browder, the main person who is advocating for justice for Magnitsky,” who died in a Russian prison a year later after the police officials he implicated in the case arrested him and subjected him to torture, they said.

Browder filed last month an application for an emergency injunction at the Nicosia District Court in an attempt to force Cypriot authorities to stop their cooperation with Russia in a case launched against him after he successfully advocated the adoption of legislation in the US targeting Russian nationals involved in Magnitsky’s death. The next hearing is set for November 6.

In 2014, the Parliamentary Assembly of the Council of Europe adopted a resolution asking member states to adopt similar legislative measures like the US Magnitsky Act of 2012, and not to cooperate with Russia’s government in its vendetta against Browder.

“While every other European country, Interpol and the Council of Europe have deemed the Russian proceedings against Browder to be politically motivated, your country has taken a contrary position, and agreed to provide assistance to a Russian politically-motivated process, clearly in violation of your obligations under the rule of law,” the deputies said.

“We were appalled to learn that Cyprus agreed to cooperate with the Russian government in the case against Browder despite the evidence of the high level of political direction and the political nature of those proceedings having been recognized internationally, including by the Council of Europe,” they said. “The Magnitsky case is the most emblematic case of corruption and human rights abuse in Russian modern history. The conduct of Cyprus in this case will have implications that go far beyond this case”.

Five years ago, when Cyprus was facing its worst fiscal and banking crisis in its history, euro area members declined to bail out Cypriot banks on the grounds that the banks helped Russian oligarchs launder ill-gotten gains.

Nothing of substance to distinguish between the presidential candidates