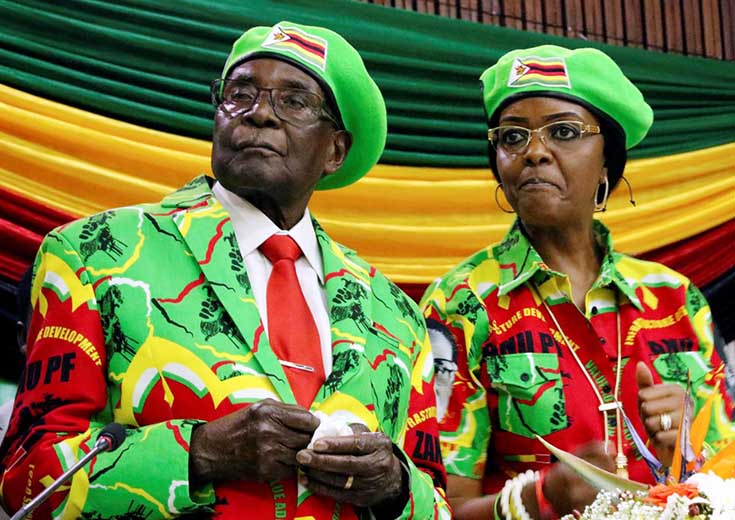 Zimbabwe’s President Robert Mugabe on Wednesday said the route to leadership was long and full of “pitfalls and death”, as he accused his fired deputy and former protege of showing impatience in his bid to succeed him.

Addressing supporters at the headquarters of his ZANU-PF party in Harare, 93-year-old Mugabe accused Emmerson Mnangagwa of consulting witchdoctors and prophets as part of a campaign to secure the presidency.

Mnangagwa said he had fled Zimbabwe because of death threats and was safe.

“My sudden departure was caused by incessant threats on my person, life and family by those who have attempted before through various forms of elimination including poisoning,” he said in a statement on Wednesday.

The head of the influential war veterans association, Chris Mutsvangwa, said that Mnangagwa, who was sacked on Monday, would travel to Johannesburg in neighbouring South Africa “very soon”.

Mugabe said Mnangagwa, nicknamed “Crocodile”, had made the same mistakes as Joice Mujuru, who was the president’s deputy for 10 years until she was fired in 2014.

“You should not try to say because the journey is long, then I should take a short cut to arrive quickly. The road has lions. There are pitfalls. There is death, beware,” he said.

ZANU-PF’s executive politburo is expected to decide at a meeting on Wednesday whether to fire Mnangagwa and his allies from the party.

Mnangagwa has not been seen in public since his dismissal from government but his ally Mutsvangwa said he was “safe and beyond the reach of the assassins”.

Mutsvangwa ruled out trying to remove Mugabe by force and said war veterans, who had publicly backed Mnangagwa and broke ranks with the president last year, would form a broad front with the opposition in elections next year.

He was critical of Mugabe’s wife Grace, who looks set to become vice president after a special ZANU-PF congress in December. “This is a coup by marriage certificate ….and it will be resisted,” he said.