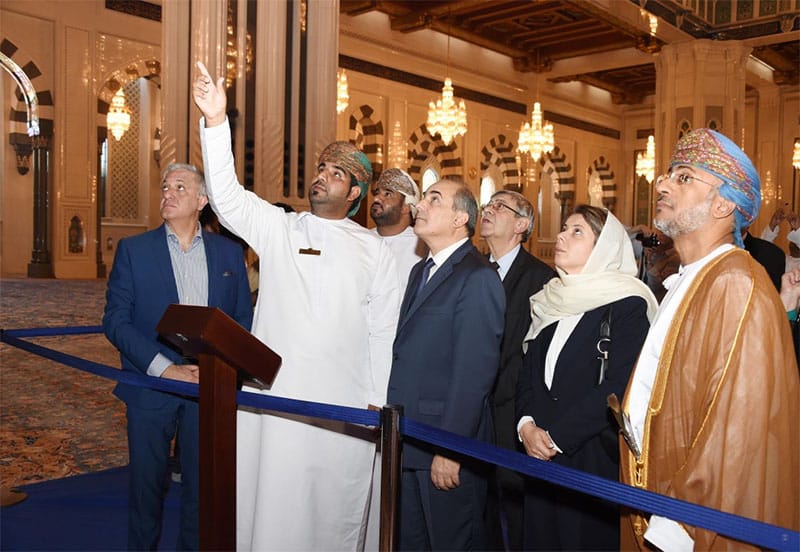 Various co-operation proposals in financial services, accounting, trade, food storage, renewable energy sources, research, education and universities were tabled during Tuesday’s meetings by a delegation from the Cyprus parliament on an official visit to Oman.

The delegation, headed by House president Demetris Syllouris, had meetings with Omani Commerce Minister Ali bin Masoud Al Sunaidi, the chairman of the Duqm Special Economic Zone Authority and the authorities of the Sultan Qaboos University.

In the first meeting, the delegation was presented with a proposal for co-operation in the field of transit trade and storage of foodstuff, as part of Oman’s effort to safeguard food self-sufficiency.

Oman also asked for co-operation in financial and accounting services, as well as renewable energy sources.

Syllouris presented a proposal for the creation of a group comprising the small Middle Eastern states and a Cyprus-Oman joint research centre.

Speaking after Tuesday’s meetings, Syllouris said that the prospects of co-operation between Cyprus and Oman are “certainly growing”.

“Based on what was discussed in the meeting with the head of the Duqm Special Economic Zone Authority and the university chiefs, there is an understanding that conditions of co-operation in the fields of research and technology, through Cypriot universities, private and public,” he said.

“As the Commerce Minister said, in various fields there is a €400 million fund earmarked for research, which, combined with European funds, can form a basis of co-operation in research.”

With regard to trade, Syllouris said he was presented with “specific proposals”, which the delegation will present to the interested parties in Cyprus, and expressed hope that there will be both interest and results.

“This relationship is further strengthened as, along with Kuwait, the signing of a memorandum for multilateral co-operation in the fields of energy, investment, the economy, education, culture and new technologies, is being promoted,” he said.

Akel deputy Irene Charalambidou said there are important and substantial prospects for co-operation between the two countries.

“Our region is facing serious problems and such co-operation strengthens relations between the people and helps promote peace,” she said.

“As the Cyprus parliament, we will do whatever we can to open roads for Cypriot entrepreneurship, the Cyprus science world and our young scientists, in a broader effort to help our country in all fields,” she said.

“The House president’s idea of creating a group of small Middle-Eastern states is being viewed positively in Oman, after Kuwait,” he said.

“It is an idea that strengthens Cyprus geopolitically, economically and politically.”