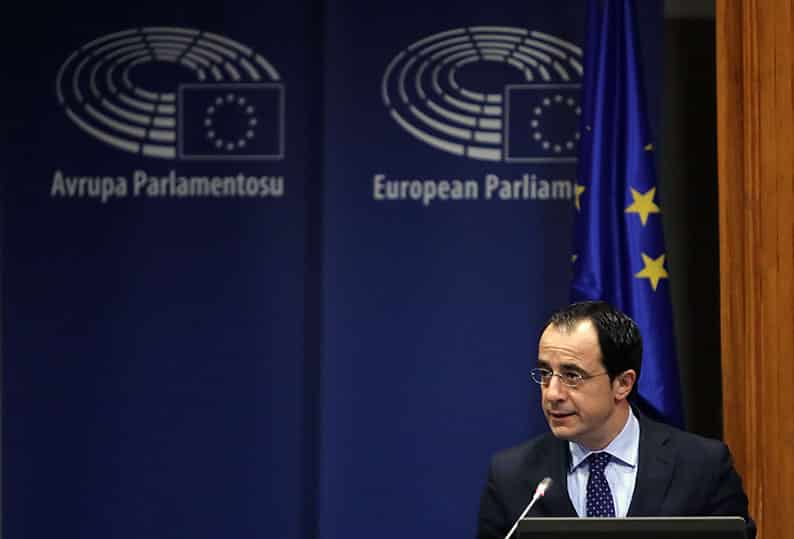 During a conference on the issue, Christodoulides said that the dissemination of fake information greatly affects politics, journalism and social life.

He said that the government bill, which is expected to be tabled to the plenum to vote early 2018, would also help tackle the spread of fake news.

“The bill aims at shaping the framework concerning other relevant issues such as journalistic ethics, freedom of the press, news agencies and correspondents of foreign media and news agencies,” Christodoulides said.

It also provides for registers and journalist identity cards, he said, “registration of the whole of the country’s media scene, covering print, television, radio and web media and much more”.

“In this way, we hope that we will have a complete picture of the media and their staff and be able to face some problems that exist today,” Christodoulides said.

But even then, he said, there will always be fertile ground for fake news, extreme propaganda and conspiracy scenarios. The best answer, especially during election periods, he said, is “mature, moderate behaviour” both by members of the public and those involved in public dialogue.

The role of the public and of society in general, is crucial in dealing effectively with fake news, which has increased during the campaign period ahead of next year’s presidential elections, Christodoulides said.

Spreading fake news, he said, “at the end of the day, instead of attracting voters, makes people distance themselves even more from politics and strengthens the prevailing credibility crisis”.

The government spokesman said that such a complex problem, which is facilitated by electronic media and social media, can only be tackled effectively though international cooperation at the highest level.

Fake news is not a new phenomenon, he said, referring to the broadcast of US actor and author Orson Welles’ radio drama The War of the Worlds in October 1938, who “managed to panic the American radio audience by covering ‘live’ an alleged alien invasion”.

Christodoulides inadvertently spread fake news, by omission, however, as in reality, Welles’ fictional radio broadcast about aliens was preceded by an explicit announcement that this was not a real story. The problem was that some people who tuned in later had missed this disclaimer and thought the story was true.

The head of the journalists’ union, Giorgos Frangos, said that the union had not been asked to give its opinion on the bill in question, and expressed concerns that it might present problems in its application.

He said that fake news in Cyprus mainly concern politics, the economy and lifestyle. He said that a “moment of shame for journalism” was the news in the 1990s that former president Glafcos Clerides “was an agent of the Nazis and of fascism”.

Over the last three months, the government has dismissed as ‘fake news’ information disseminated, the one concerning public health, the other the Cyprus problem.

Health minister Giorgos Pamboridis said in September that he would report to the police a website for publishing fake news after reporting that malaria cases had been identified in public hospitals.

Last month, the government accused Diko leader and presidential candidate Nicolas Papadopoulos of spreading fake news after the latter, citing a document, said that the Turkish Cypriot leader would appoint the Greek Cypriot members of parliament after a solution to the Cyprus problem. The claims were exposed as false following the release of a document supposed to corroborate the claim.

The conference was organised by the Information Office of the European Parliament, the Cyprus News Agency, the Union of Cyprus Journalists, the Cyprus Broadcasting Authority and the Journalistic Ethics Committee.

The flute and guitar jazz together