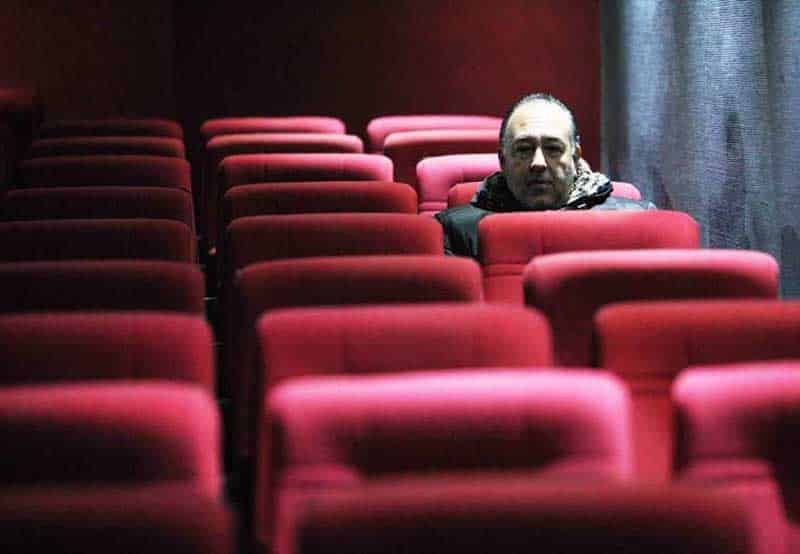 Something very unusual is happening next Thursday: a new cinema is opening (or actually re-opening) in Nicosia. Veteran showman George Papageorgiou has decided to take another stab at the Pantheon on Diagorou Street, the cinema he’s operated, on and off, for decades; it was selling 500 tickets a day in the 90s but the ground-floor auditorium has been idle for years, used for streamed Royal Opera House performances and one-off screenings like the recent Lux Prize nominees. It’s re-opening with The Last Jedi, presumably for publicity reasons – but will then focus mainly on arthouse films, which is quite exciting. The next presentation, starting on December 29 after two weeks of Star Wars, is apparently going to be The Killing of a Sacred Deer, the Cannes prize-winner from director Yorgos Lanthimos.

We often forget how precarious the big-screen scene is in Cyprus. With the exception of the six screens at the Paphos Mall (which merely created a new outpost for the K-Cineplex, showing exactly the same films as in other cities), no new cinema has opened in years. The situation with non-Hollywood titles is dire, of course – the resurgent Pantheon will be the only Cyprus cinema showing such fare; up till now, we’ve had to make do with film societies and occasional festivals – but, even for commercial mainstream stuff, communal filmgoing is hanging by a thread. If K-Cineplex closed down tomorrow, there would literally only be one theatre left on the island, the Rio in Limassol.

Oldies recall the time, 20 years ago, when Nicosia was full of cinemas (I can’t speak for other cities, but I know the scene was healthier there too). The Diana 3, which became the Metropole then became a parking lot; the Opera, later turned into a bingo parlour; the Othellos in Makedonitissa, where I witnessed a full house in the throes of hysteria during Dumb and Dumber; and of course the Zena Palace, whose grand interior remains intact – if presumably unprofitable – and can still be admired for a week every year, as the venue for Cyprus Film Days.

These were all one- or two-screen cinemas, mostly in the centre of town (I have only vague memories of even older venues which closed down even earlier: the Mimoza, the Athineon, the Regina, the Diana 4) – and they all showed different films, making their respective personalities even stronger as one’s memory of a movie became intertwined with the theatre where one watched it. Dumb and Dumber at the Othellos, as already mentioned; Schindler’s List (another full house, watching in reverent silence) at the Zena; Exotica and Natural Born Killers at the previous incarnation of the Pantheon – the latter sitting next to a row of early-teenage boys (who shouldn’t have been there, but whatever), one of whom took advantage of the intermission to pronounce NBK “the most f**ked-up film I’ve ever seen”.

Nostalgia is a potent drug, but ultimately pointless. It’s not just the venues that have changed, the entire filmgoing experience is wildly different now. It’s absolutely no surprise that no new cinemas have emerged in recent years – because people don’t watch films at the cinema anymore, indeed many of them don’t watch films anymore (they watch series, often on their phones and computers). I can see why Mr. Papageorgiou would want to try again, seeing as he’s got a perfectly good auditorium just sitting there, but it’s still a brave move in the current climate – especially if we’re talking ‘art’ films which a whole generation doesn’t even know how to process, having grown up with superheroes.

That said, the audience hasn’t disappeared. The Friends of the Cinema Society still survives, and sometimes thrives. Cyprus Film Days fills up the Zena every year. Above all, the centre of Nicosia is grossly underserved when it comes to cinema, giving the Pantheon an obvious advantage: no other venue lets you watch a film then have a glass of wine, or a meal, without having to get in your car (I suppose you can watch a film at the Mall then go sit in the food court; but come on). Last but not least, Papageorgiou is a film fan who knows his stuff. Killing of a Sacred Deer will be followed by Loving Vincent, with other acclaimed titles like The Square (this year’s Golden Palm winner) also in the mix.

Will it work? It’s impossible to say. This could even be the last time we see a new cinema launch, if current trends continue and the big-screen experience gets reduced to Star Wars and kids’ cartoons. Then again, why shouldn’t Nicosia’s only downtown film venue attract at least a few of the hipsters and arty types who frequent the old town? (It would help if Eleftheria Square opened; but let’s not go there.) One thing’s for sure: in a city centre that’s slowly declining – much like cinema itself is threatening to fade into irrelevance – George Papageorgiou is striking a blow for smart art and the communal experience. We wish him well.