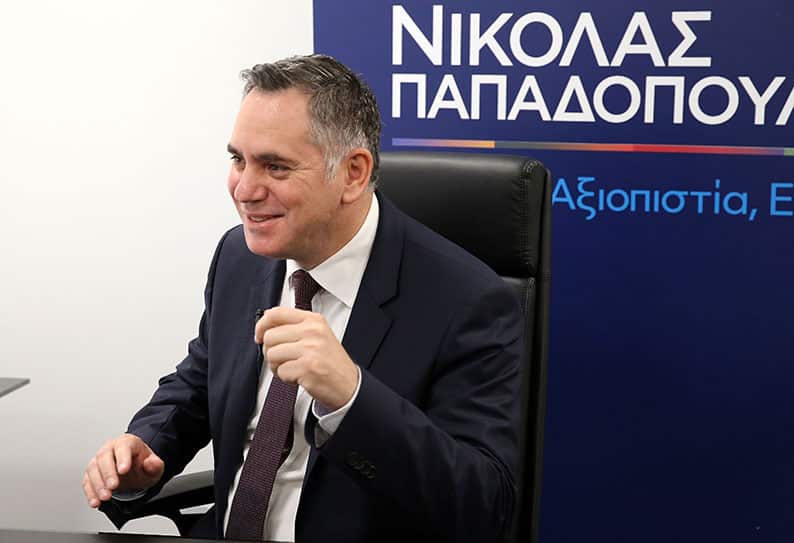 The hubbub over president Nicos Anastasiades’ Macedonia comments continued to get a lot of play on Thursday, with Diko leader and presidential candidate Nicolas Papadopoulos going as far as to ‘tattletale’ on Anastasiades by writing to the Greek President.

In a letter addressed to Greek President Prokopis Pavlopoulos – immediately disseminated to media here – Papadopoulos assured Athens of his unwavering support to Greece in its dispute with Fyrom.

“I wish to assure you that I, as well as the leaders of the parties and political movements supporting my candidacy, stand beside Greece and we lend their support to any decisions that Greece’s political leadership should make on the issue of Fyrom’s name,” Papadopoulos’ letter read.

And in an apparent dig at Anastasiades, he added: “Any other stance would deal a serious blow to a united front, with harmful consequences for national affairs, including the Cyprus problem.”

Anastasiades has taken flak after an apparently throwaway remark on Wednesday when, talking about the negotiations between Greece and Fyrom over the latter’s name, he said:

“The name is not important. I would have no objection if they wanted to call themselves North Greece, as long as the national interests are secured and the way is found to overcome provisions in the Skopje constitution that speak of irredentism.”

Greece has challenged the republic’s right to call itself plain Macedonia ever since it declared independence from Yugoslavia in 1991, saying it implies territorial claims to the northern Greek province of the same name and has only agreed that the country be referred to internationally as Fyrom until the issue is resolved.

The two countries agreed this month to renew efforts to settle the 25-year old row, which has blocked the republic’s attempts to join Nato and the European Union.

Back home, Anastasiades’ political rivals sought to portray the president as a loose cannon who cannot be trusted to go off-script.

The Macedonia ‘controversy’ landed just 72 hours ahead of Sunday’s presidential elections, as all sides look to galvanise their respective audiences.

With polls predicting an easy victory for Anastasiades in both the first and second ballots, the ruling Disy party appeared to get last-minute jitters that this could backfire into voter complacency.

Annita Demetriou, spokesperson for the Anastasiades campaign, on Thursday called on voters to deliver the incumbent a ‘strong mandate’ in the first round of elections.

“Some 48 hours prior to the end of the election campaign, the people are acutely aware of what dire situation president Anastasiades faced on coming into office, and they likewise know where we are today,” she said.