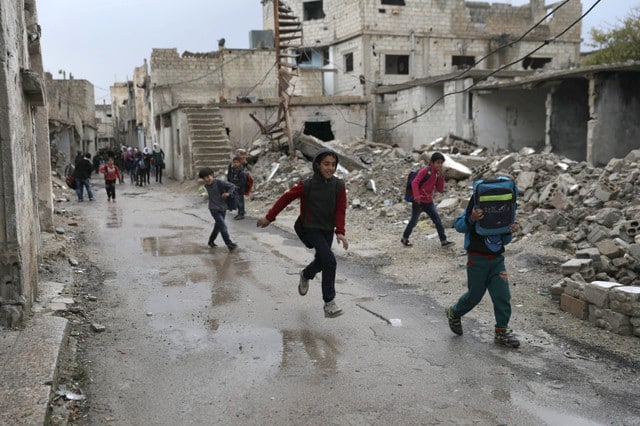 The suffering of Syrian civilians has worsened since the United Nations called for a ceasefire a week ago amid “some of the worst fighting of the entire conflict”, the United Nations resident and humanitarian coordinator said on Monday.

There are reports of “hundreds of civilian deaths and injuries, massive displacement and the destruction of civilian infrastructure, including medical facilities,” Ali al-Za’tari said in a statement.

The United Nations called on Feb 6 for an immediate humanitarian ceasefire of at least a month across the country.

On Saturday, UN rights chief Zeid Ra’ad al-Hussein said that Syrian and Russian airstrikes in rebel-held areas of Idlib and eastern Ghouta had killed 230 civilians in the past week and that they may constitute war crimes.

“Sadly, the call for an immediate cessation of hostilities to enable the delivery of humanitarian assistance and the protection of civilians, including the evacuation of the critically ill and wounded, has gone unanswered,” Za’tari said.

“I am again appealing to all parties, and those with influence over them, to listen to us and to the affected population: end this intolerable human suffering”.

The WHO, a United Nations agency, has sent 11 requests to the Syrian foreign ministry since last May, but only 29 of the most critical cases were evacuated in late December, Hoff said. The Jaish al-Islam rebel group released 29 detainees in eastern Ghouta at the time, as part of a deal with the government.

“This is a political issue which cannot be resolved with humanitarian efforts,” Hoff told Reuters in Geneva on Monday, speaking from Damascus. “Unfortunately the list of patients is only growing.”

“The security situation is very bad, there are not sufficient medical teams on the ground. They haven’t got supplies. We have not been able to deliver anything since November 28,” she added.