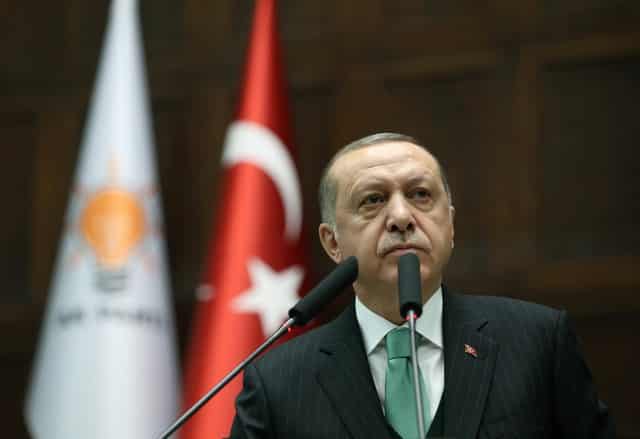 Human rights violations and a clampdown on freedom of expression are likely to continue in Turkey as long as it remains under a state of emergency, Amnesty International said on Thursday.

In its annual report on global human rights, the group was scathing about Turkey, a NATO member and a candidate to join the European Union. More than 50,000 people have been arrested in a widening crackdown since a 2016 failed coup and more than 150,000 sacked or suspended from their jobs.

Critics say President Tayyip Erdogan is using the state of emergency – introduced in the aftermath of the failed putsch and renewed six times since – to stifle dissent and crush his opponents. The government says its security measures are necessary given the severity of the threats faced.

“The dysfunction of civil society and the state of emergency formed a proper ground for human rights violations,” Andrew Gardner, a senior researcher on Turkey for Amnesty said at a news conference in Istanbul.

“Unfortunately, it seems likely the human rights violations will continue as long as the state of emergency continues.”

Emergency rule allows Erdogan and the government to bypass parliament in passing new laws and allows them to suspend rights and freedoms. The crackdown has seen more than 2,200 private educational institutions, 19 labour unions, 15 universities and nearly 150 media outlets closed.

Gardner said that emergency rule was being used to target journalists, as well as government critics.

The former heads of Turkey‘s pro-Kurdish opposition party and several of their lawmaker colleagues are in jail on terrorism charges. The chairman of Amnesty’s local arm has been in jail since June, also on terrorism charges, all of them have denied the charges.

A court last week sentenced six journalist to life in prison for aiding plotters of the coup. They have denied the charges.

“Dissent was ruthlessly suppressed, with journalists, political activists and human rights defenders among those targeted,” the Amnesty report, released on Thursday, said in its assessment.

The Turkish Journalists’ Association says about 160 journalists are in jail, most held since the failed coup.

“As the state of emergency continues and the fact that human rights defenders and civil society can’t carry out their work, it is very likely … human rights violations will continue,” Gardner said.