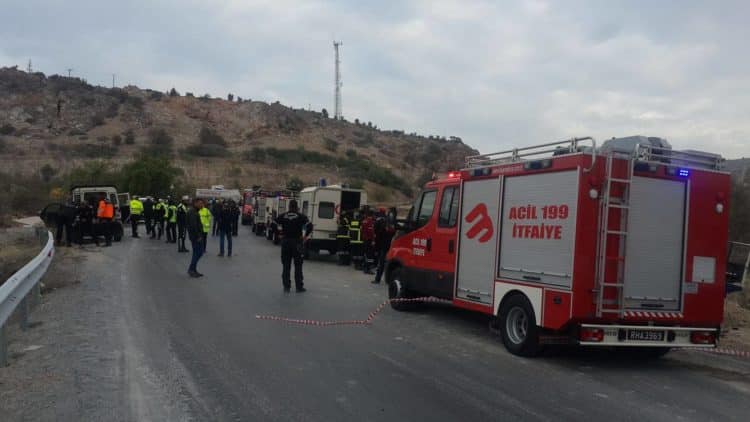 The crash in November 2016 in which two schoolgirls were killed

As of Monday, saloon cars will be banned during the daytime from a mountain road in the north where serious accidents happen regularly, it was announced on Friday.

According to the ‘official gazette’ of the breakaway regime in the north, as per a ‘cabinet’ decision, from Monday, vehicles carrying less than nine passengers will be banned from using the Kythrea to Kyrenia road, also known as Kyrenia mountain road, between 9am and 7pm.

Starting the same day, heavy-duty vehicles weighing five tons or more will be banned from using the road between 7pm and 9am.

The move aimed at preventing serious, or fatal accidents from taking place on the road.

In November 2016 two teenage girls and their school bus driver died in an accident in the Kyrenia mountain road when the school bus crashed into a lorry.

The latest accident occurred this week with three injuries after a car was wedged between two lorries.